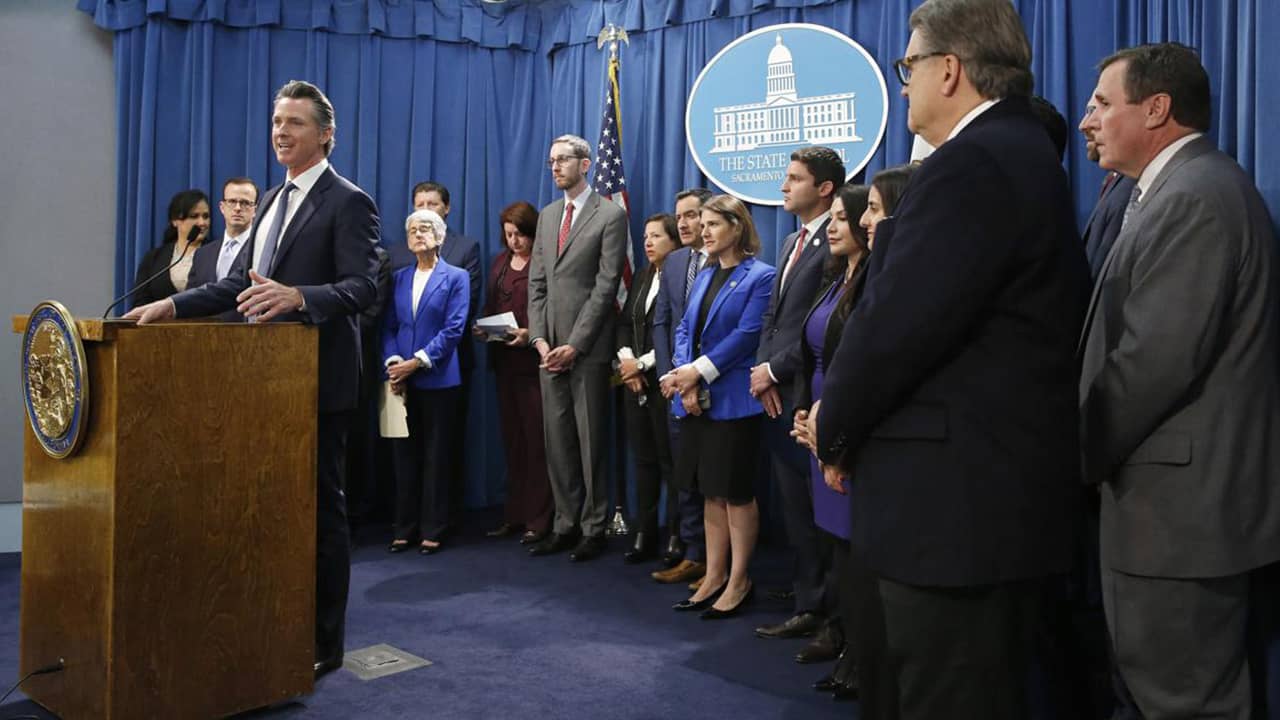 SACRAMENTO — California’s Democratic governor vowed on Monday to spend $15 million for increased security at “soft targets” like the synagogue where a gunman opened fire over the weekend, killing one worshipper.
Gov. Gavin Newsom said he will include the money in his $144 billion general fund budget proposal, which he intends to revise by the middle of May.

California’s Jewish lawmakers want the state to spend much more on security guards, reinforced doors and gates, high-intensity lighting and alarms, and other security for vulnerable institutions. Those include Muslim, Sikh and other minority institutions, women’s health groups and LGBTQ organizations.
“The unfortunate reality is that even in houses of worship, thoughts and prayers won’t keep us safe,” said Assemblyman Jesse Gabriel, a Democrat from Encino and vice chairman of the caucus. “We need more than thoughts and prayers. We need real security and we need the state to step up and play a role in that.”

The Issue Took on New Urgency After the Weekend Shooting

Gabriel’s legislation would help pay for increasing physical security at nonprofit organizations at higher risk because of their ideology, beliefs or mission.

New York has a similar $25 million program, according to legislative analysts.
In the past four years $16 million was awarded to 210 nonprofits from the combined state and federal programs, well short of the $59 million that was requested, the Jewish Caucus said in a letter last month seeking the increase.
Hate crimes in California involving a religion increased 21 percent in 2017, the most recent year available, according to the state attorney general, from 171 in 2016 to 207 in 2017.
Anti-Jewish events increased nearly 27 percent, from 82 in 2016 to 104 in 2017, while those targeting Muslims rose from 37 in 2016 to 46 in 2017.
Related Topics:CaliforniaGov. Gavin NewsomGov. Jerry BrownHate CrimesNew ZealandPoway Chabad SynagogueSan Diego
Up Next