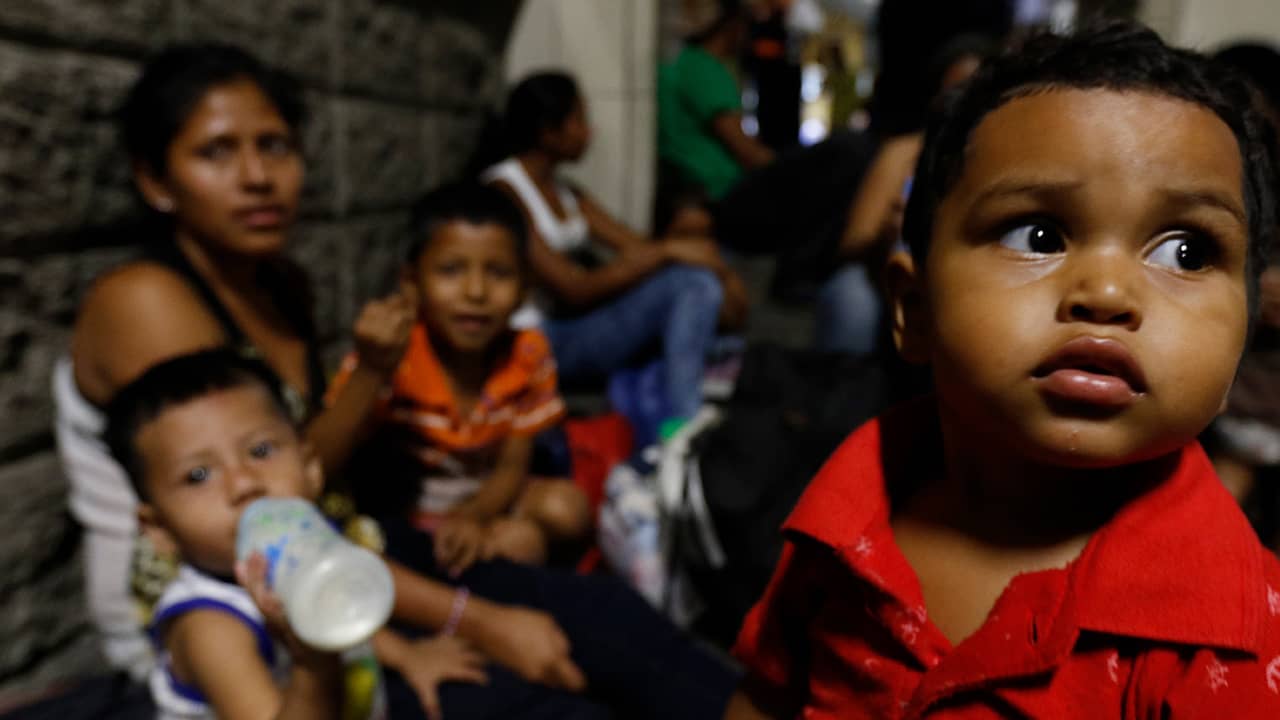 SAN PEDRO SULA, Honduras — Calls for a new migrant caravan went largely unheeded Tuesday as a relatively small group departed from Honduras, a week after a raid by Mexican police resulted in hundreds of detentions and the dissolution of a previous caravan.
Conversation in online chat groups used to organize the caravans has been marked by anxiety since the raid and amid other policies in Mexico that seem designed to discourage movements of migrants en masse. Fewer than 300 people gathered at a bus station in San Pedro Sula, Honduras, to leave by bus and on foot in the overnight darkness.

Previous Caravans Included as Many as 3,000 Migrants

Caravans tend to grow as they move north and are joined by migrants already on the road, but the group was a far cry from previous caravans that began with around 1,000-2,000 people. The caravan that was broken up last week numbered around 3,000 at its peak.
Among the new group was Noemí Reyes, who left in the April 10 caravan but was detained in the southern Mexico city of Tapachula and deported.


While the crackdown seems to be discouraging people from traveling in caravans, it’s not clear that it’s having any effect on their desire or intention to leave the Northern Triangle region comprising Honduras, El Salvador and Guatemala, where endemic violence and poverty continue to spur migration.
Back in Honduras, she immediately caught a bus northward to try again to make it to the U.S.-Mexico border in search of work.
“I have no home, no money,” the mother of five said before boarding with her 4-year-old son. “I see myself as forced to leave the country.”
Mexican authorities have been manning numerous checkpoints in the south, warning truckers against transporting migrants, checking the documents of bus passengers and housing migrants in crowded detention centers with seemingly endless waits for visas.

Migrants in caravans have also been increasingly frustrated by the cold reception from townsfolk in Mexico, as opposed to last year, when villages and residents helped them out with rides, food, clothing and other supplies.
The dramatic raid April 22, in which several hundred men, women and children were hustled into police vans and taken away to detention centers, may have marked a turning point. Where Central Americans once sought safety in numbers in the caravans, which moved openly along highways, Mexico’s crackdown has led many to turn to smaller groups of perhaps a couple dozen and the risky routes of old: atop freight trains and wandering through the sweltering countryside.
Calls for a parallel caravan leaving from San Salvador, capital of neighboring El Salvador, also fizzled.


Related Story: Newsom Meets Salvadorans Who Tried to Reach US

“The (caravan) that supposedly was going to leave did not leave,” said a person identified as Jeremy in a chat group.
“I was going to go in that one (but) we were stood up. … Nobody showed up at Salvador del Mundo,” he continued, referring to the square in San Salvador where people were supposed to congregate.
The Associated Press also found no migrants in a visit to the plaza.

In San Pedro Sula, only about 200 migrants were at the bus station around midnight when they began to set out earlier than their planned 4 a.m. departure, for fear that roads could be blocked by people protesting government education and health care policies.
Mexico has issued more than 15,000 humanitarian visas to migrants in recent months, but officials say they’re now being more selective in handing them out. The country has also deported thousands; officials said those detained in last week’s raid refused to register for a regional visa that would let them stay in southern Mexico.

Report: Violent Anti-Semitic Attacks in US Doubled in 2018