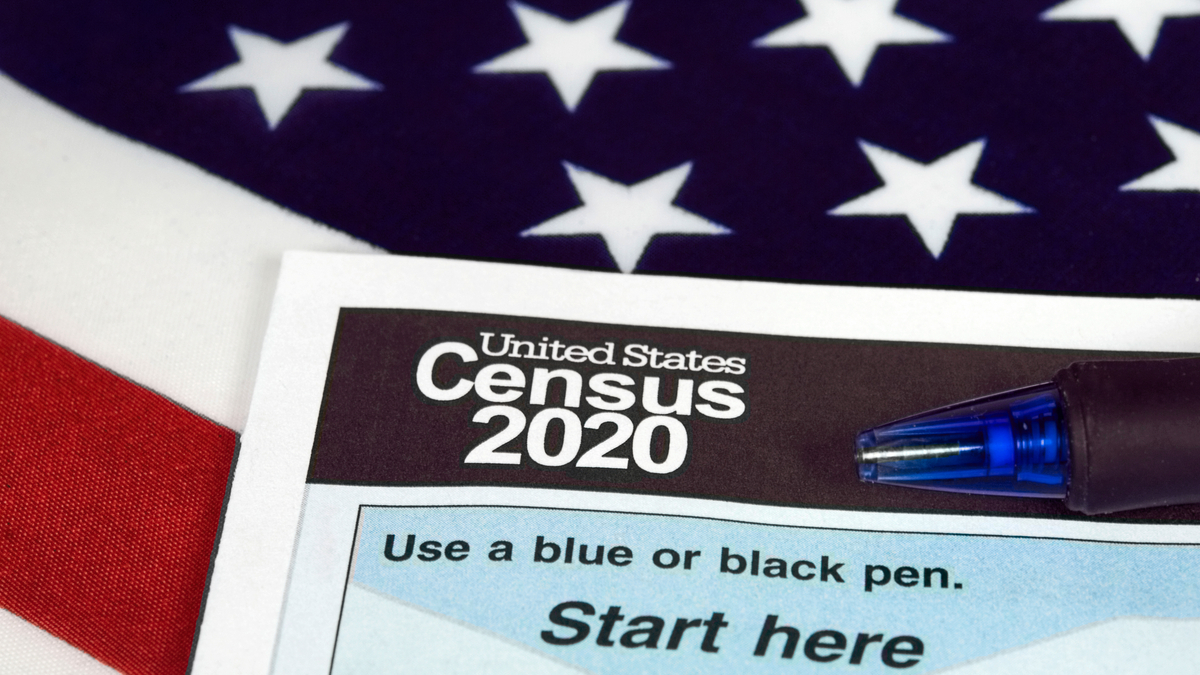 Diego San Luis Ortega was a toddler when his parents brought him to California from Veracruz, Mexico. Now 22 and a “Dreamer” who is protected from deportation under the Deferred Action for Childhood Arrivals policy, he is a political activist and a community college student in Visalia who hopes to become a history teacher. 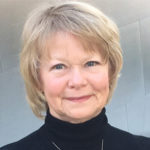 He is also gung-ho about standing up to be counted in the 2020 census, despite the concerns of many family and friends that participation could put their ability to remain in the United States in jeopardy.
“At the end of the day,” Ortega said, “if it’s to better my community, I’ll do it. If I get hurt, I get hurt.”
The U.S. Constitution mandates an “actual enumeration” of each state’s population every 10 years. The U.S. Census Bureau, part of the U.S. Commerce Department, conducts the decennial count, which aims to determine how many people reside in the United States and where they live. 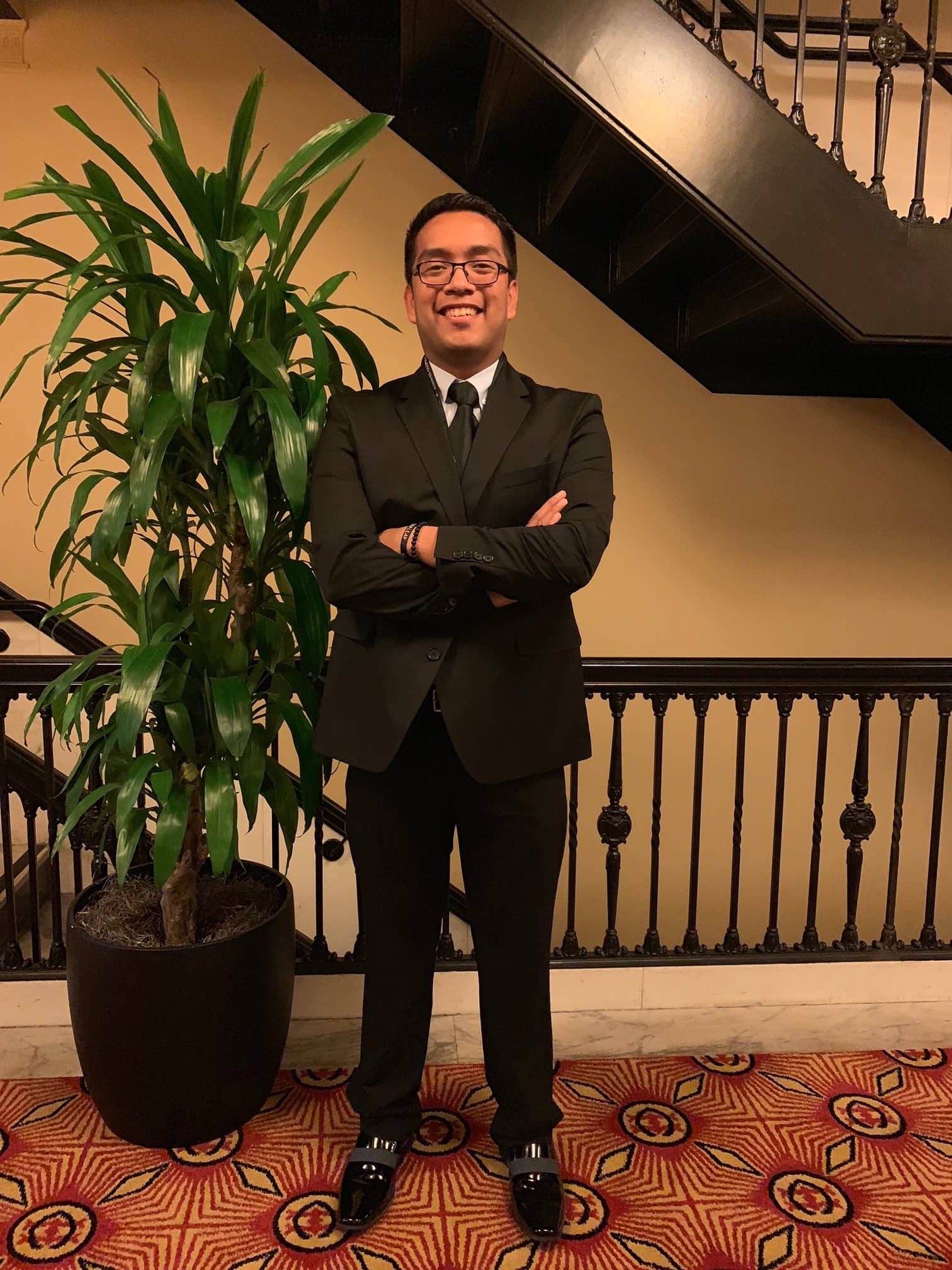 Diego San Luis Ortega—Visalia community college student, activist and Mexican-born Dreamer—says he plans to participate in the 2020 census, regardless of the risk to him. (Endrich Sanchez/CALmatters)

The answers determine, among other things, how many congressional seats each state will have for the coming decade and where hundreds of billions of federal dollars will be spent on medical and nutritional programs, the national school lunch program, housing vouchers, Head Start, highway construction and myriad other programs. The information also is used to redraw congressional and state legislative district boundaries.
A significant element of the 2020 census remains unresolved, awaiting a U.S. Supreme Court decision: Will the Trump administration be allowed to add a question about citizenship?

Motivation for Citizenship Question at Issue

The administration has argued that Commerce Secretary Wilbur Ross, who oversees the Census Bureau, added the question to collect detailed data to enforce the Voting Rights Act. District court judges concluded that enforcement of the voting law was a pretext. Many legal analysts have concluded that the question was politically motivated, designed to limit the political power of immigrant communities, areas that typically prefer to vote for Democrats. At issue is how the citizenship question came to be added and whether Ross ignored administrative review processes. U.S. Solicitor General Noel Francisco argued in part that the courts should not meddle in the Commerce Department’s decisions regarding the census. President Trump broke with the Justice Department’s official line last Wednesday, writing on Twitter that “the American people deserve to know who is in this country.”
But grassroots activists and social science researchers contend that if the question is added, immigrants and their families—whether documented or unauthorized—would be less likely to respond or might respond inaccurately because of fears that the information would be used for immigration enforcement.
California and other states with high immigrant populations stand to lose big. Migrants, particularly Latinos and Asian Americans, have grown to fear the federal government after years of hearing anti-immigrant rhetoric from President Trump and like-minded Republicans.
“We think Californians will be less likely to fully answer the form if this question is included,” said Sarah Bohn, director of research and a senior fellow at the Public Policy Institute of California in San Francisco. “If there’s a bad count overall and immigrant communities are undercounted, it would be entirely possible for us to lose a seat in Congress.”
In lawsuits brought by dozens of states, cities and groups, three federal judges at U.S. district courts in California, New York and Maryland have issued rulings blocking the administration’s plan to add the question, which asks: “Is this person a citizen of the United States?” The last time such a question appeared on the form was 1950. Since then, citizenship data have been gathered through surveys of a small sample of households.

Last Tuesday, the U.S. Supreme Court heard arguments in U.S. Department of Commerce vs. New York, a case challenging the citizenship question as “arbitrary and capricious.”
Based on the justices’ questions, it appears that the court’s conservative majority is prepared to back the administration’s plan, even though the Census Bureau’s own statisticians project that as many as 6.5 million people could go uncounted if the question is allowed.
The high court is expected to decide by late June, just as census forms are to be printed. Esperanza Guevara says her naturalized citizen parents lived in the U.S. for decades and never took part in the headcount.

Esperanza Guevara, 29, a graduate of Stanford University, has experienced the census challenges firsthand. She recently became the census campaign manager for the Coalition for Humane Immigrant Rights, or CHIRLA, in Los Angeles, part of a coalition that launched a get-out-the-count campaign on Monday.
Guevara’s parents immigrated to California more than 30 years ago and eventually became naturalized citizens, but they have never participated in a census. “It took me getting this job and having a conversation with my mom for her to learn about this for the first time,” Guevara said.
California has already earmarked $100.3 million for census outreach, and Gov. Gavin Newsom has proposed that an additional $54 million be allocated. On a per-person basis, California is investing more than any other state to get out the count, according to the Legislative Analyst’s Office in Sacramento.
Many factors conspire to make California the nation’s hardest-to-count state. They include the high immigrant population, many residents’ limited English proficiency, the high number of renters and multiple-family households with children 5 and under, homeless people, couch surfers and those with limited access to technology. For the first time, this census is expected to be conducted, for the most part, electronically.

‘By Filling out the Form, You Are Representing Your Community’

The high stakes and California’s notoriously hard-to-count citizenry have propelled dozens of grassroots, municipal and statewide organizations to brainstorm strategies.
The California Complete Count Committee is an advisory panel of 26 members appointed by former Gov. Jerry Brown and state legislators. Similar organizations exist in counties, cities and regions including the Central Valley and the Inland Empire in Southern California.
Using funds from the state or philanthropic organizations, groups are plotting multiple outreach efforts. In rural areas of California, Communities for a New California Education Fund—a civil rights organization with offices in Sacramento, Fresno, Merced and Coachella Valley—plans to send teams door to door and to run phone banks. Language will be an issue for volunteers and staff members. The San Joaquin Valley, where many of the efforts will be concentrated, has migrants who speak Spanish, Hmong, Punjabi and indigenous languages of Central America.

All of these programs are intended to spread the word that “by filling out the form, you are representing your community,” said Diana Crofts-Pelayo, a spokeswoman for the Sacramento-based California Complete Count—Census 2020, which is coordinating the census outreach strategy. “Waiting for 10 years from now isn’t an option.”
The state complete count organization is partnering with county offices of education, tribal governments and regional community-based organizations to encourage people to participate.
Other groups will pass out census information to families who visit social service agencies, hold town halls and sponsor mobile centers where people will be able to complete the census online. Cindy Quezada, director of research and special projects with the Central Valley Immigrant Integration Collaborative, has held meetings in community centers, day care centers and people’s apartments. “If you speak to people and help them understand [the importance of participating], they get it,” she said. “[But] the inclusion of the citizenship question will be a big deterrent.”

If Citizenship Question Allowed, Next Move Would Be Up to Congress

In the Los Angeles region, the Census Bureau plans to gather data from homeless-service providers and provide explicit instructions in mailed materials about including young children. Digital advertising will be enlisted to get the attention of renters.
Lisa Hershey serves on the California Complete Count Committee. “We have so many boots on the ground right now … [because] we want to identify where people might live,” said Hershey, executive director of Housing California, a Sacramento nonprofit group that seeks to find housing for all Californians. In some areas, she said, properties might house several families, living in garages, tents or trailers—knowledge that must be gained from on-site visits.
Edward Kissam, a longtime researcher on immigrant issues and a trustee of the WKF Charitable Giving Fund, which supports immigrant integration initiatives, said the addition of the citizenship question would put pressure on the Census Bureau to hire enumerators who could interact “culturally and linguistically” with reluctant households. Karthick Ramakrishnan, a professor of political science and public policy at UC Riverside who is directing the complete count committee for the Inland Empire counties of San Bernardino and Riverside, expressed dismay that the high court appeared to be leaning toward approving the citizenship query.
“The Supreme Court appears to be weighing in on the constitutionality of the policy, not the wisdom,” said Ramakrishnan, who is also founding director of the university’s Center for Social Innovation.
If the high court allows the question, the next move would be up to Congress, he added.
“The House could play hardball with the administration and say: ‘We will not give another dime for the 2020 census until you take that question away,’” he said.
CALmatters.org is a nonprofit, nonpartisan media venture explaining California policies and politics.
Related Topics:CaliforniaDeferred Action for Childhood ArrivalsDreamerimmigrationMexicomigrantsU.S. Census BureauVisalia
Up Next