Oliver North Out as NRA President After Leadership Dispute 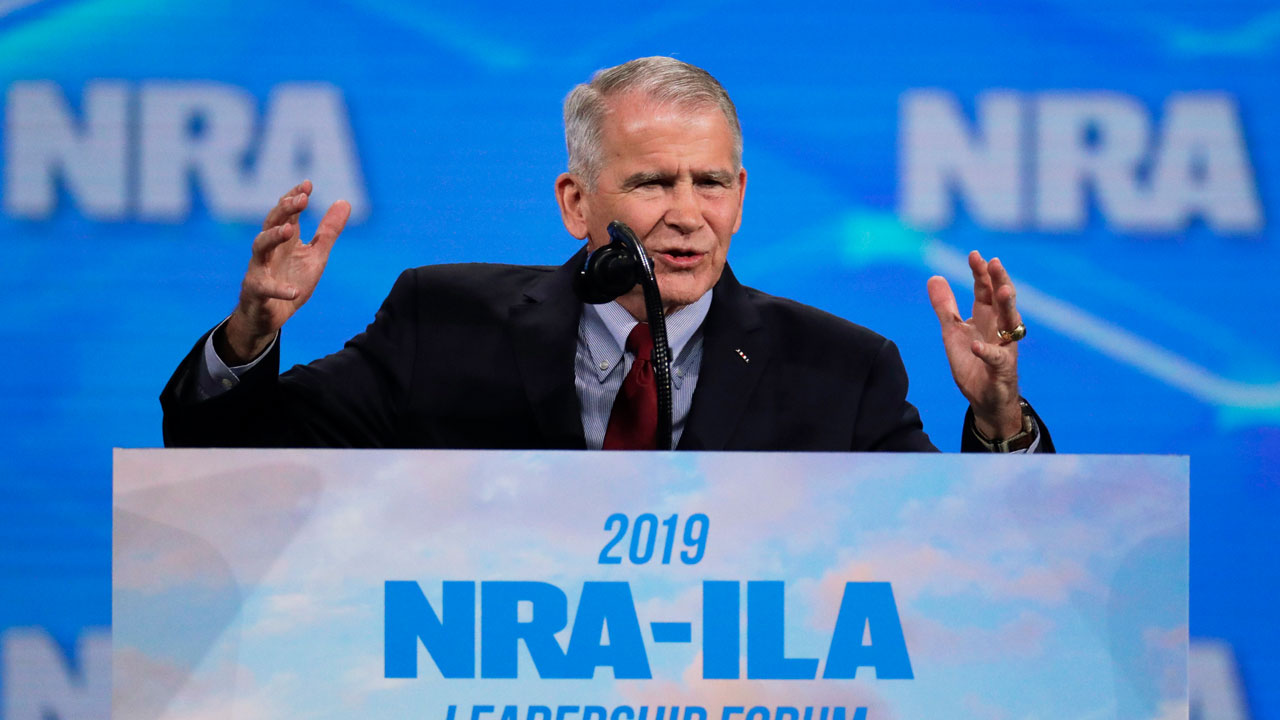 INDIANAPOLIS — Retired Lt. Col. Oliver North announced Saturday that he won’t serve a second term as president of the National Rifle Association after he lost the support of the gun-rights group’s leadership.
North’s announcement came after his failed attempt to force out NRA chief executive Wayne LaPierre, who has been the public face of the group for decades. In a statement read to NRA members at the group’s annual convention, North made it clear he was pushed out by the NRA’s board of directors.


The announcement came after LaPierre sent a letter to board members Thursday saying that North was trying to push him out by threatening to release “damaging” information about him to the board.
“Please know I hoped to be with you today as NRA president endorsed for reelection. I’m now informed that will not happen,” North said in his statement, which was read by Richard Childress, the NRA’s first vice president. North, who is nearing the end of his first one-year term, did not show up for the meeting, and his spot on the stage was left empty, with his nameplate still in its place.

The announcement came after LaPierre sent a letter to board members Thursday saying that North was trying to push him out by threatening to release “damaging” information about him to the board.
Taking the stage later Saturday, LaPierre got two standing ovations from the crowd of more than 1,000 NRA members before giving a scheduled speech in which he did not mention his feud with North, the Marine at the center of the Iran-Contra scandal of the 1980s.
Their dispute erupted after the NRA filed a lawsuit against Ackerman McQueen, the Oklahoma-based public relations firm that has earned tens of millions of dollars in the decades since it began shaping the gun lobby’s fierce talking points. The NRA’s lawsuit accuses Ackerman McQueen of refusing to hand over financial records to account for its billings. In 2017 alone, the NRA paid the firm $40 million.


The NRA has faced some financial struggles in recent years, prompting some to question whether the millions spent on public relations and NRATV is worth the money.
North has a $1 million contract with Ackerman McQueen, raising alarm bells with the NRA about conflicts of interest.

NRATV at Issue in Dispute

He was at odds with LaPierre and some board members who believe the group’s media operation and messaging have strayed too far from the NRA’s original mission of gun safety and the outdoors. Of particular concern to some board members and rank-and-file is the fiery tone of NRATV, the media arm of the NRA created and operated by Ackerman McQueen.
The NRA has faced some financial struggles in recent years, prompting some to question whether the millions spent on public relations and NRATV is worth the money.
In his statement, North said a committee should be set up to review the NRA’s finances.
“There is a clear crisis and it needs to be dealt with” if the NRA is to survive, the statement said.
In his speech later Saturday, LaPierre discussed standard NRA talking points, going after the mainstream media and lawmakers who seek to restrict gun rights.
“Our enemies have sunk to new lows,” LaPierre said, blasting Gov. Andrew Cuomo of New York, where regulators have scrutinized NRA operations. 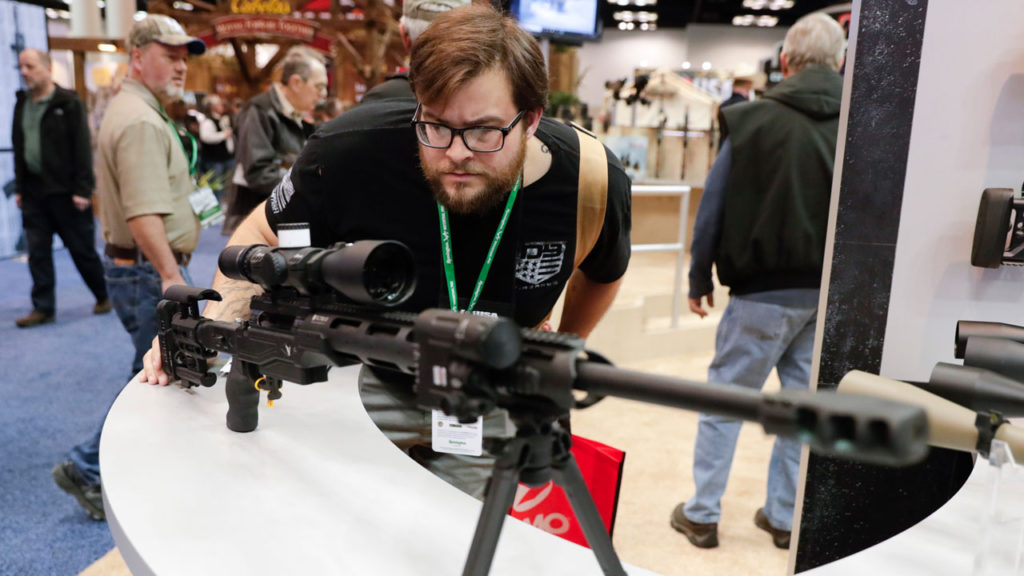 Attendee looks over a rifle display in the exhibition hall at the National Rifle Association Annual Meeting in Indianapolis. (AP Photo/Michael Conroy)

LaPierre: ‘We Won’t Give an Inch’

The NRA has sued the state, claiming its rights under the U.S. Constitution’s First Amendment are being violated. In an unusual pairing, the American Civil Liberties Union has joined the NRA in its fight.
NRA officials are concerned that regulators in New York — where its charter was filed — are attempting to strip the group of its nonprofit status.
LaPierre told the crowd that efforts to strip away the Second Amendment right to bear arms will fail.
“We won’t accept it. We will resist it. We won’t give an inch,” he said.
North, 75, was a military aide to the National Security Council during the Reagan administration in the 1980s when he entered the spotlight for his role in arranging the secret sale of weapons to Iran and the diversion of the proceeds to the anti-communist Contra rebels in Nicaragua.
He was convicted in 1989 of obstructing Congress during its investigation, destroying government documents and accepting an illegal gratuity. Those convictions were overturned in 1991. Embraced by many on the right, he went on to run for office, write several books and serve as a commentator on Fox News.