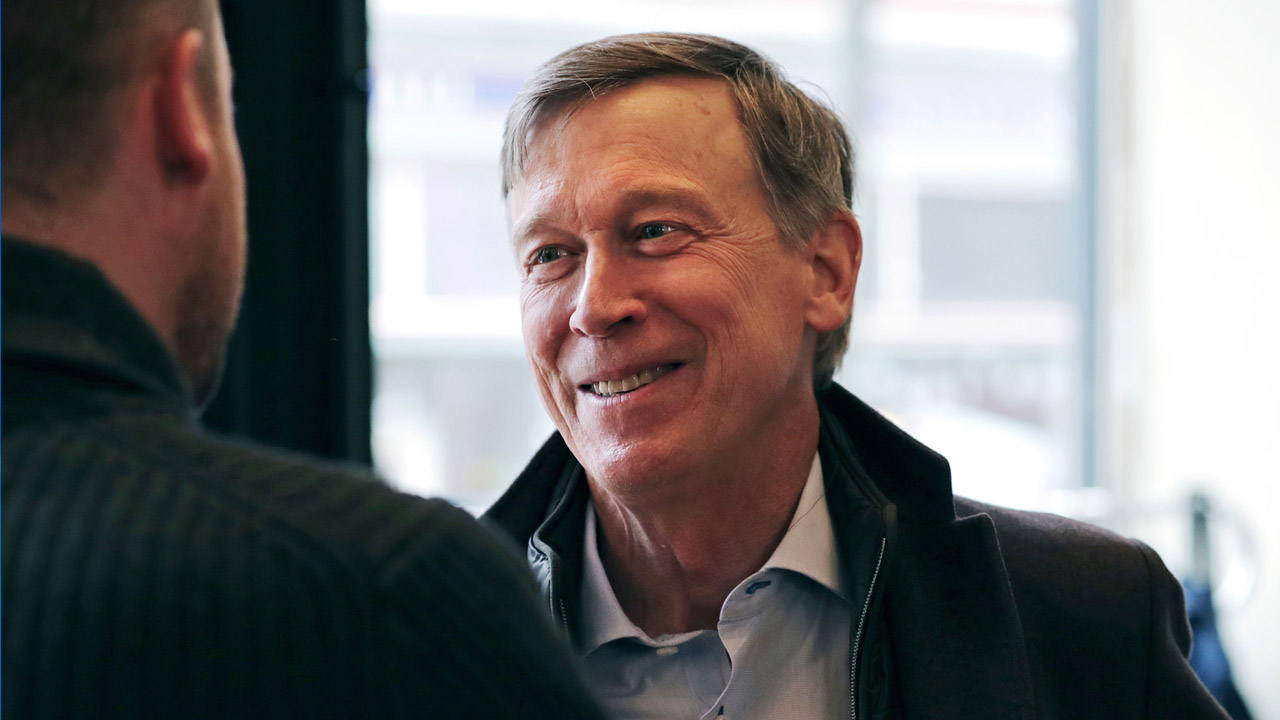 LAS VEGAS — Democratic presidential candidate John Hickenlooper is proposing a $15 federal minimum wage — with a twist.
Rather than unilaterally hiking the wage to $15, the former Colorado governor proposes phasing in the increases depending on an area’s cost of living. The most expensive quarter of the country would get a $15 minimum wage by 2021, and the least expensive would see that hike in 2024.
The plan, disclosed to The Associated Press on Friday, proposes then tying future minimum wage hikes to metro areas’ cost of living so that more expensive areas would see their minimum wages continue to rise.

Several Democrats have signed onto a $15 national minimum wage, a key priority of union leaders. Hickenlooper, who founded a small chain of brewpubs and restaurants and likes to tout his business experience on the campaign trail, has cautioned that that level will be too low in certain expensive urban areas but possibly too high in lower-cost rural ones.
“So, workers and businesses in Manhattan, Kansas will be treated fairly with workers and businesses in Manhattan, New York – and no one, nationwide, will earn less than $15 an hour,” Hickenlooper said in a statement.
The current federal minimum wage is $7.25, but most states require more than that.

The Democrat is starting to roll out more economic policies as he tries to position himself as a can-do common-sense manager who can push the country leftward.
On Friday, he unveiled a proposal to combat monopolies before a speech at the Commonwealth Club in San Francisco, where he called for amending laws that would make it easier to break up big corporations and collect data on anti-competitive arrangements. But, in response to a question, he balked at the idea of breaking up technology giants like Amazon and Facebook — a proposal of one of his 2020 Democratic presidential rivals, Sen. Elizabeth Warren of Massachusetts.
“I’m not somebody who goes out and says we have to break up Amazon, we have to break up Facebook,” Hickenlooper said, quickly adding: “but it could come to that.”

Oliver North Out as NRA President After Leadership Dispute