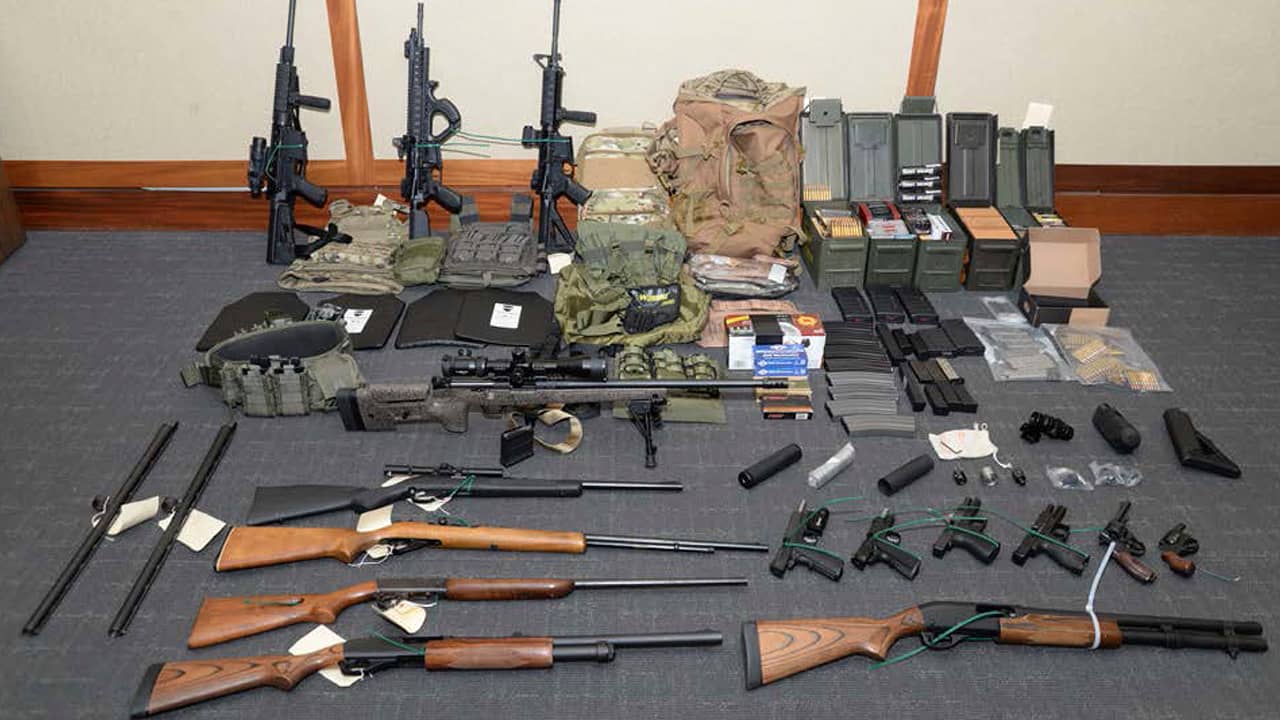 GREENBELT, Md. — A Coast Guard lieutenant accused of being a domestic terrorist is entitled to be released from custody before his trial on firearms and drug charges, a federal magistrate said Thursday.
U.S. Magistrate Judge Charles Day noted that 50-year-old Christopher Hasson hasn’t been charged with any terrorism related offenses. Hasson was arrested Feb. 15 and is awaiting trial on firearms and drug charges. Prosecutors have said he created a hit list of prominent Democrats, two Supreme Court justices, network TV journalists and social media company executives.

But prosecutors have said Hasson is a self-described white nationalist who espoused extremist views for years and “intends to murder innocent civilians on a scale rarely seen in this country.” In a February court filing, prosecutors said Hasson drafted an email in which he said he was “dreaming of a way to kill almost every last person on the earth.”
Assistant U.S. Attorney Thomas Windom said prosecutors had presented “clear and convincing evidence” that Hasson poses a danger to the public.
“The dots were connected directly by the defendant with his own writings,” Windom said.
Prosecutors have said Hasson appeared to be planning attacks inspired by the manifesto of Anders Behring Breivik, the Norwegian right-wing extremist who killed 77 people in a 2011 bomb-and-shooting rampage.
On Feb. 21, Day ordered Hasson to be held without bond. At that time, however, the magistrate said he was willing to revisit his decision if prosecutors didn’t bring more serious charges within two weeks.
On Thursday, Day said he was inclined to order home confinement with electronic monitoring for Hasson and restrict his access to firearms and computers. The magistrate gave Oyer a few days to present him with a proposal before Hasson can be freed.
Prosecutors claim Hasson drew up what appeared to be a computer-spreadsheet hit list that included House Speaker Nancy Pelosi, Senate Democratic Leader Chuck Schumer and Democratic presidential hopefuls Sens. Kirsten Gillibrand, Elizabeth Warren, Cory Booker and Kamala Harris. Several network TV journalists — MSNBC’s Chris Hayes and Joe Scarborough and CNN’s Chris Cuomo and Van Jones — also were mentioned.

Hasson also targeted two Supreme Court justices and two social media company executives, prosecutors said in a court filing Tuesday. The filing doesn’t name them, but it says Hasson searched online for their home addresses in March 2018, within minutes before and after searching firearm sales websites.

Some Horse Advocates Buck at New Plan to Save Wild Mustangs