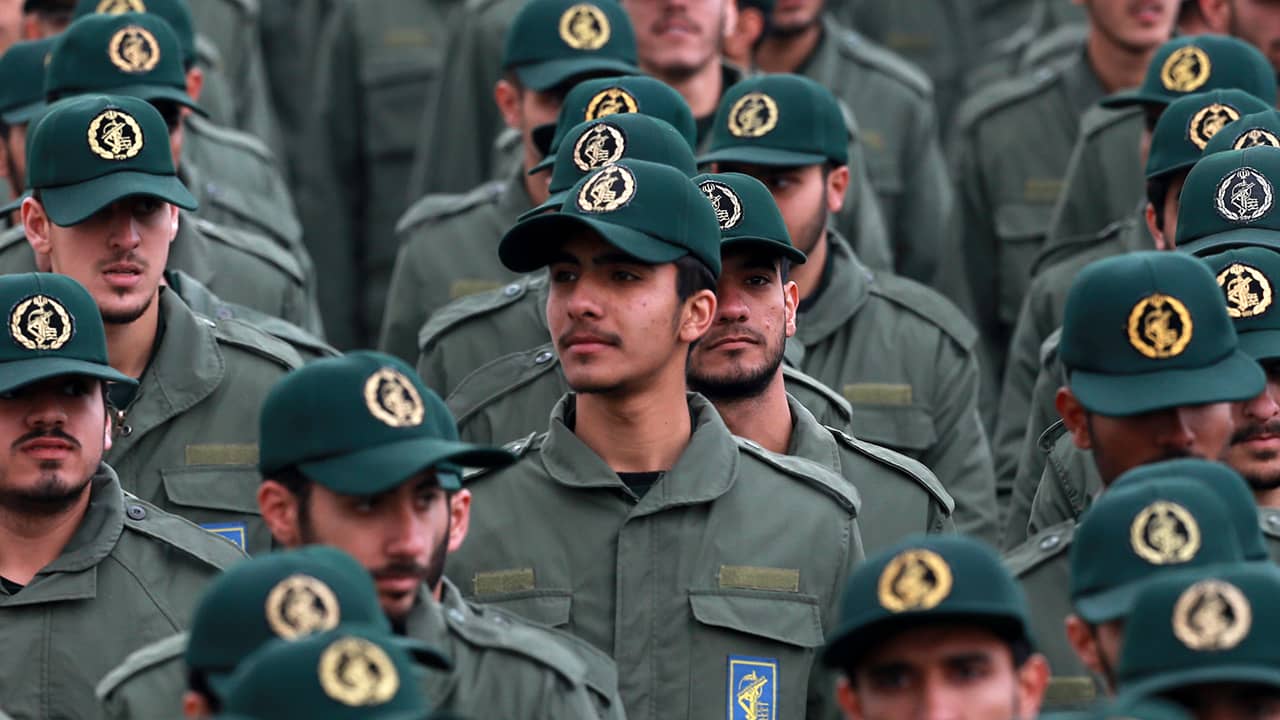 WASHINGTON — The Trump administration on Wednesday granted important exemptions to new sanctions on Iran’s Revolutionary Guard, watering down the effects of the measures while also eliminating an aspect that would have complicated U.S. foreign policy efforts.
Foreign governments and businesses that have dealings with the Revolutionary Guard and its affiliates will not be subject to a ban on U.S. travel under waivers outlined by Secretary of State Mike Pompeo in two notices published in the Federal Register.
That weakens the effect of the measures and will frustrate members of Congress backing tough measures against Iran who are already concerned that the Trump administration won’t fully enforce sanctions on Iranian oil. But it lifts the threat that those who work with the U.S. in Iraq and Lebanon, where the Guard’s many subsidiaries are active, will face the full weight of American penalties.
The waivers leave intact sanctions that apply directly to Iran’s Revolutionary Guard and its proxies, which are the first agencies of a foreign government that have ever been designated a foreign terrorist organization by the United States. The designation, which took effect April 15, is part of a broader administration effort to increase pressure on Tehran.
Iranian Foreign Minister Mohammad Javad Zarif, speaking Wednesday in New York, said the administration is creating dangerous conditions with its campaign against Tehran. “Iranians are allergic to pressure,” he said, adding that he believes the conflict can be resolved diplomatically.

Under U.S. immigration law, foreigners found to have provided designated foreign terrorist organizations with “material support” can be banned from the U.S.

Concerns Have Been Raised by Iran Hawks

The notices were published just two days after the Republican administration announced that it would not renew sanctions waivers for countries that import Iranian oil. Those waivers, which primarily affect five countries — China and India and U.S. treaty allies Japan, South Korea and Turkey — expire on May 2. The announcement sparked a spike in world oil prices due to concerns that the global supply of crude would be diminished if Iranian exports are cut off.
In the days since, however, concerns have been raised by Iran hawks that the administration may not impose sanctions on those countries if they continue their imports.
Under one scenario being considered by the administration, those countries could be allowed to place and pay for future orders of Iranian oil before May 2, essentially front-loading continued imports, according to officials, congressional aides and outside advisers familiar with the matter who spoke on the condition of anonymity to discuss internal deliberations.

Then, the administration could grant them waivers from sanctions to insure, transport and refine the oil under a 2012 law.
The State Department declined to comment on the possibility that Iranian oil imports might continue without sanctions.

President Donald Trump has said the goal of the administration is to cut Iranian oil exports to zero to choke off the estimated $50 billion a year in revenue it provided before sanctions were reinstated in November following the U.S. withdrawal from the 2015 Iran nuclear deal.

Wall Street Keeps Hitting Records. What Do Investors Do Now?