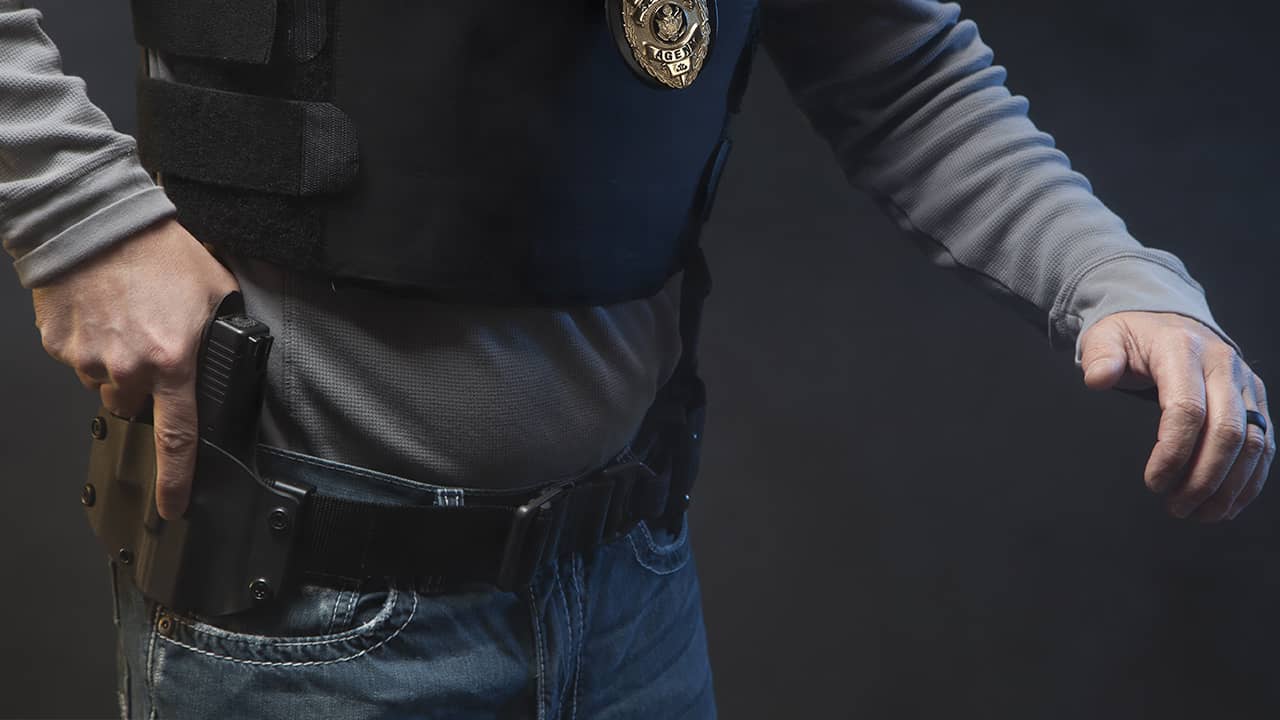 The political landscape in California’s debate over how to curb police shootings shifted Tuesday as law enforcement groups agreed to drop the part of their bill that would lock in the current national standard for justifying the use of deadly force. “Many, many, many people up and down the state and experts… feel that California’s use of force standard should be revised. And so the way this bill is amended at least creates that opportunity for that conversation to continue.”
At issue is how to determine legally when police can use deadly force. The U.S. Supreme Court has ruled that police can shoot when a “reasonable officer” in the same circumstances would do the same thing.
Law enforcement groups have long supported this standard, while civil rights advocates say it’s made police killings of civilians too easy to justify. The diverging views were laid out in dueling bills that emerged after Sacramento police killed Stephon Clark, an unarmed black man, in his grandparents’ backyard last year.

Until the last-minute amendments Tuesday morning, the law enforcement-backed measure (SB 230) called for the state to adopt the Supreme Court’s standard. A bill backed by the American Civil Liberties Union (AB 392) would further limit when police can shoot, saying it should only be lawful when “necessary” to prevent death or serious injury.
With the Senate panel dominated by progressive Democrats from some of the state’s most liberal cities, the earlier version of the law enforcement bill was almost certainly doomed. The amendments delete the paragraphs saying California would adhere to the reasonable standard established by the Supreme Court, and link SB 230 to AB 392.  The maneuver means the police bill requiring more training and stronger department policies can only become law if the bill changing the legal standard for justifying deadly force also does.

Both Sides Will Be Pressuring the Full Assembly

“That was something that we felt needed to be done in order to have fruitful conversations moving forward,” said Brian Marvel, a San Diego police officer who is president of a statewide federation of police unions called Peace Officers Research Association of California. “The fear is that if we didn’t couple them together, that there wouldn’t be any more continued conversations.”


“That was something that we felt needed to be done in order to have fruitful conversations moving forward. The fear is that if we didn’t couple them together, that there wouldn’t be any more continued conversations.” — Brian Marvel, a San Diego police officer and president of Peace Officers Research Association of California
Though he acknowledged that law enforcement groups had to change course, it wasn’t clear if they will embrace the “necessary” standard spelled out in AB 392. Marvel said the coalition hadn’t yet made a decision on that but speaking for himself, he said he thinks “the Supreme Court got it right.”
ACLU lobbyist Lizzie Buchen said she anticipates negotiations will now heat up.
“My hope is that this will actually force them to finally come to the table,” she said. “If they really do want to see reform, which is what they are claiming, then they’re going to have to help work on AB 392 to get it through.”
Both sides will be pressuring the full Assembly, which must vote on the bill to change the legal standard by the end of May. Though Democrats hold more than 75% of the seats, the Assembly typically skews more moderate than the Senate, and a handful of Assembly Democrats have strong ties to law enforcement.
About the Author
CALmatters reporter Laurel Rosenhall is tracking California’s effort to curb police shootings in a new podcast called Force of Law. Listen and subscribe here, or wherever you get podcasts.
CALmatters.org is a nonprofit, nonpartisan media venture explaining California policies and politics.
Related Topics:billCaliforniadeadly forcelaw enforcementlethal forcepoliceshootingsSupreme Court
Up Next