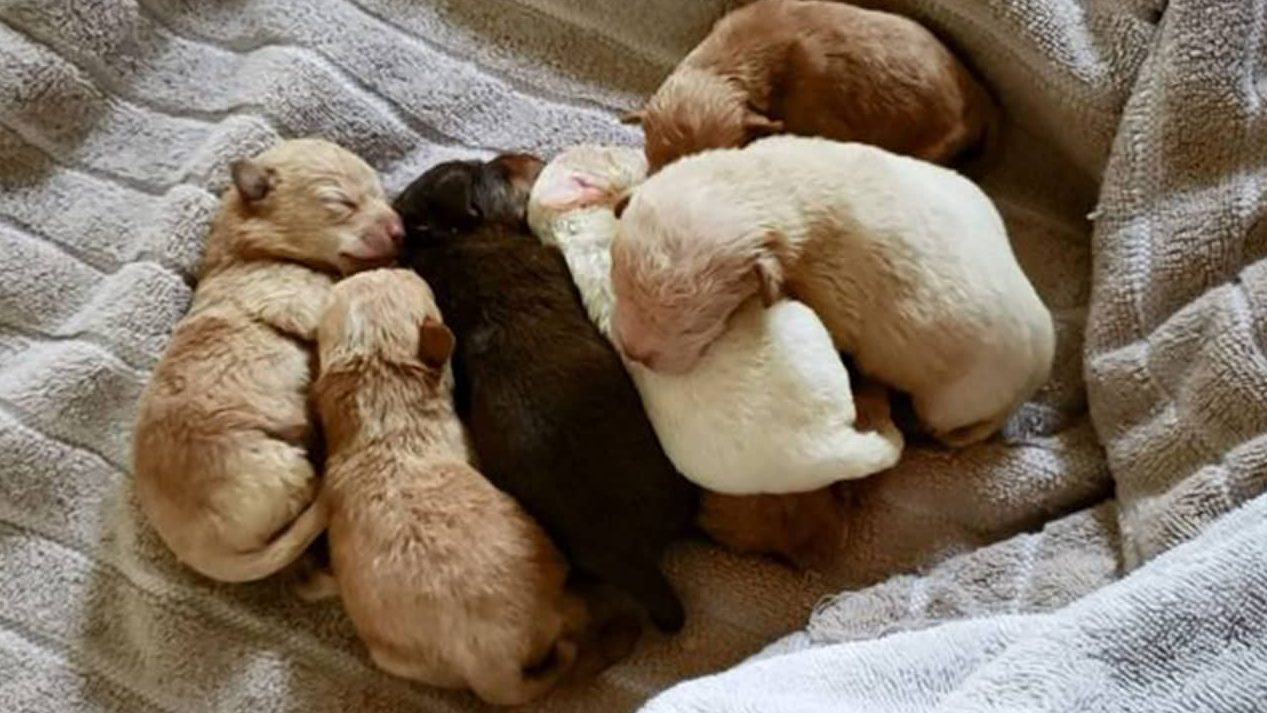 LOS ANGELES — A California woman could face up to seven years behind bars on a slew of charges filed Tuesday after authorities say surveillance video showed her casually tossing a bag of 3-day-old puppies into a trash can on a sweltering day. Deborah Sue Culwell, 54, was charged with seven felony counts of injuring the palm-sized puppies and seven misdemeanor counts of abandoning them.
The puppies’ mother may have been among 38 dogs found inside Culwell’s home following her arrest, and authorities were determining whether a reunion would be possible, according to the Riverside County Department of Animal Services.
Though most of the 38 dogs in the home appeared to be “somewhat healthy,” some were aggressive or fearful, the agency said, adding that the house was in a state of disrepair.
The case drew national attention after surveillance video showed a woman dropping a bag with the puppies into the trash Thursday before taking off in a Jeep Wrangler. Authorities posted the video to social media to help track her down, but they ultimately found Culwell based on a search of the Jeep’s plate number.
It’s unclear if Culwell has an attorney. Her number is unlisted.

Video of the arrest shows Culwell being led from her home as a reporter with KNBC-TV peppers her with questions such as, “Why would you throw those puppies away like trash?” and “Do you have anything to say about your actions?”