Do local health officials want the responsibility for reviewing medical exemptions for required childhood immunizations? A proposed state law has put the debate over government involvement in personal health care decisions and parental rights back in the spotlight.

“It becomes a very difficult situation, pitting one medical opinion against another,” Pomaville said. “We are going to do the best we can to implement programs to encourage people to vaccinate.”

The Senate public health committee hears SB 276 in Sacramento on Wednesday. It’s sponsored by Sen. Richard Pan (D-Sacramento), who says the bill is about public safety, especially after recent increases in measles cases around the country. It would empower county health officers to overturn vaccination exemptions granted by physicians if they are found to be fraudulent or contradict guidelines issued by the Centers for Disease Control. 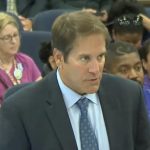 Pomaville says Fresno County has a higher vaccination rate than other parts of the state. Dept. of Health data shows 96% of Fresno County students have received their required immunizations. That’s higher than the state average of 95.1%.

David Luchini, the county’s assistant public health director, said he’s never heard of any cases in Fresno County of doctors granting fraudulent exemptions, such as without an examination of the child.

Sen. Melissa Hurtado (D-Sanger), the only Valley representative on the committee, says she “is still reviewing all the information on this bill and hasn’t confirmed a position yet.”

Luchini believes families need to have conversations about vaccines and their safety with their primary medical provider. He says those conversations aren’t happening as much in the age of the internet.

“We want to avoid looking down at the parent if they have a true concern, answering their question on the safety of a vaccine.” — David Luchini, Fresno County public health department.

“We reiterate the importance of those critical conversations. Because it is really important to answer all the questions a parent has. We want to avoid looking down at the parent if they have a true concern, answering their question on the safety of a vaccine,” Luchini said.

Dr. Serena Yang, interim chief of pediatrics at UCSF Fresno, agrees that doctor-patient conversations are the best way to deal with vaccine questions.

She teaches her medical school students that childhood vaccines are important and scientifically proven. 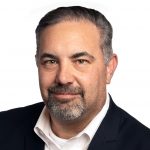 Luchini is aware of the argument vaccine skeptics make about safety.

“Medicine, vaccines are never 100%. There’s always a risk. That’s why you have that conversation with your provider. Why are the benefits outweighing the risk? Or, in those rare cases with a child, the risk outweighs the benefits because of the medical condition,” Luchini said.

While Yang did not want to comment on the politics of SB 276, she values collaboration between doctors and health officials.

“Pediatricians and public health departments — we need to be working together more closely in a general way. We are all here for the same reasons, to protect and promote health in our patients. I appreciate the efforts of Dr. Pan and his concerns,” Yang said. 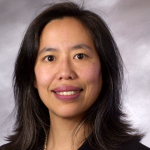 The current language of SB 276 doesn’t specifically address a test to determine how much immunity a patient retains from a disease, from birth (through the mother) or from a first round of vaccines. Known as a titer test, it can help determine whether sufficient antibodies are in the body to protect against certain diseases, including measles, mumps, and rubella.

“That will help to inform the level of protective measures we may want to impose on an individual,” Pomaville said.

Yang said titer testing should be explored as an option on a case-by-case basis.

“Titers can be considered, but parents need to consult with their physician and their child’s school system whether titers are accepted as proof of immunity to a particular disease,” Yang says.

Pan’s bill is a follow-up to SB 277 which went into effect in 2016. That eliminated California’s personal belief exemption for vaccinations. Data shows doctor-provided medical exemptions more than tripled from the year before the law took effect (2015) to 2017.

State health figures show that as of the 2017-18 school year, 0.7% of incoming kindergarten students (or just under 4,000), received medical exemptions.

As Pan’s bill moves through the Legislature, social media is again the epicenter of the vaccine debate. Pan’s Twitter account offers a steady stream of advocacy in favor of vaccinating children and criticism of those in the “anti-vaxx” movement.

Meanwhile, vaccine skeptic groups have mobilized, too. Hundreds attended a rally at the Capitol on April 10 opposing the bill.