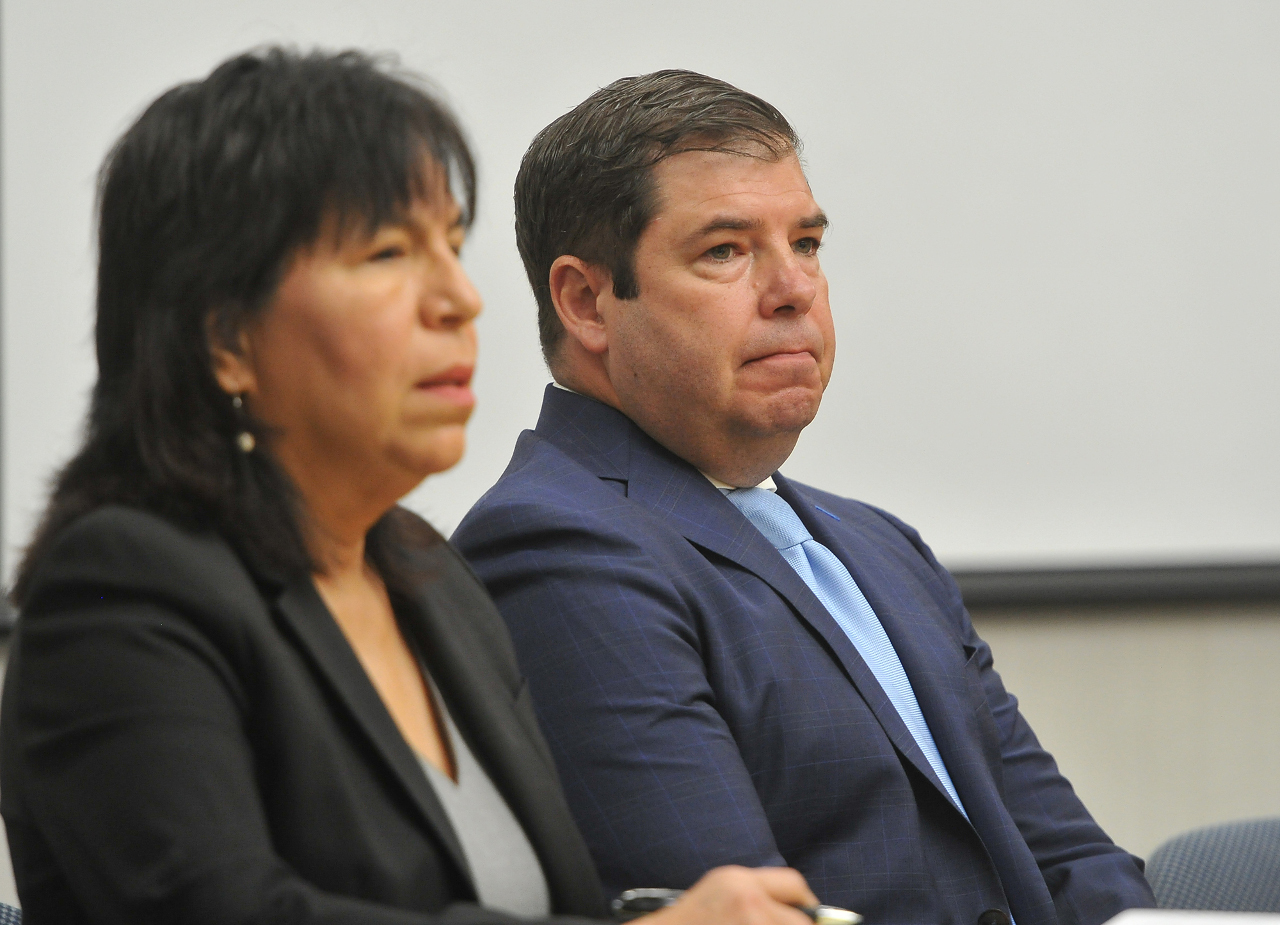 Attorneys for Joaquin Arambula, the Fresno assemblyman accused of child cruelty, say Fresno police illegally obtained evidence and want the case thrown out.
In a motion filed on the first day of pre-trial hearings Tuesday, Arambula’s legal team says that Fresno police illegally acquired a report from the Child Protective Services investigation.
They point to an email from District Attorney Lisa Smittcamp to Fresno Police Chief Jerry Dyer questioning how his department obtained the information.
However, Dyer told The Fresno Bee on Tuesday evening that Arambula’s attorneys were wrong. Due to a change in the law several years ago, police can obtain records from Social Services without a hearing.
You can read the motion here.

The motion, filed by Arambula’s defense team of Margarita Martinez-Baly and Michael Aed, provides their recounting of the Dec. 9 incident. Their version contradicts media interviews in which Arambula said he spanked his daughter on her bottom.
Prosecutors accuse Arambula of unlawful physical abuse of his daughter.
A day later, school officials at Dailey Elementary Charter School informed police and CPS of a possible case of child abuse.
According to the defense motion, Sgt. Stephen Phebus interviewed Arambula’s 7-year old daughter. She said her father came to discipline her after fighting with her sister at bedtime.
“Her father then hit her on her ears. She explained that he took both of his hands, open palm, and pushed them together at the same time against both side [sic] of her face near her ears with some amount of force,” the narrative reads.
A bruise on her face was caused by a ring on Arambula’s finger.
The girl also said her father would pinch her cheeks in order to keep her quiet. Arambula allegedly also hit his daughter a second time, albeit accidentally, when he tripped on a toy in the children’s room.

Social worker Amber Fithian with CPS, also spoke with Arambula’s daughter on Dec. 10 at school, and “observed a green bruise on the outside of her right eye. The skin around the side of the eye was red and swollen.”
The girl relayed a similar story to Fithian about her interaction with her father the night before.
Fithian continued her investigation, speaking with Joaquin Arambula in person Dec. 11. Arambula said he would never hurt his children and only spanks them on the bottom when he needs to discipline them.
The children were returned two days later.
Arambula’s defense writes, “Fithian determined there was insufficient evidence to substantiate that physical abuse had occurred and recommended that the CPS referral for physical abuse case be closed as inconclusive.”
The CPS case was officially closed March 7.


Related Story: Arambula in Court on Day One of Child Cruelty Case

The defense motion also details friction between Phebus and Fithian.
The two clashed over filing a protective order for the children (called a Welfare and Institutions Code or WIC 300 hold).
“Fithian asked if (Phebus) would place a WIC 300 hold for the children. The officer stated that (he) would place a hold when he was ready and did not need a social worker to tell him how to do his job,” the motion reads.
When the girl’s mother, Elizabeth Arambula, arrived at school, Fithian wanted to speak with her but “Phebus instructed Fithian to sit-down, that the mother could wait.”
Phebus allegedly denied Fithian a second time to speak with Mrs. Arambula.

The Arambula defense motion argues that the case should be thrown out on multiple grounds: It’s not a crime to be an imperfect parent, the judge should dismiss the case in the interest of justice, and that Fresno police acted in bad faith by obtaining CPS records without a court order.
The defense argues that police need a WIC 827 petition followed by a judge’s approval.
When Fresno police referred the case to the district attorney’s office for consideration, it included the CPS/Department of Social Service records.
Smittcamp sent Dyer an email Feb. 25, questioning how police obtained the records.
“In my 22 year career as a prosecutor, I have never seen this happen,” Smittcamp noted about the inclusion of the CPS report. “I need to know how those records were provided to your department.”
Smittcamp said she instructed her staff not to provide “these records to defense counsel” until the proper WIC 827 paperwork was filed.
However, Dyer told The Bee that additional emails, which the defense did not include in its motion, show the Fresno County Counsel’s office clarifying the situation for Smittcamp and Dyer.
“We did not obtain any evidence illegally,” Dyer said.

“Even DA Smittcamp appears to agree that these CPS records were illegally obtained. We know this. What we don’t know is how they were obtained. The fact that we do not know how these documents were illegally obtained by the Fresno Police Department is a Brady violation. This is evidence of extreme bias,” the motion says.
The motion also points to various internal police department emails as evidence of bias. Such emails include updates sent to Dyer three hours after the arrest; an email the next morning where a sergeant wrote “we do not want to give the outward appearance of the investigation being handled different than other investigations of this type;” and the quick nature of turning around transcripts of police interviews.
Dyer declined to comment for GV Wire. Smittcamp did not respond to a request for comment.
Judge Alvin Harrell is scheduled to hear the motions Wednesday and Thursday.

Watch: The Arambulas Talk About Parenting

Parents Arrested in California After Children Found in Cages