Back to Earth: Washington Set to Allow 'Human Composting' 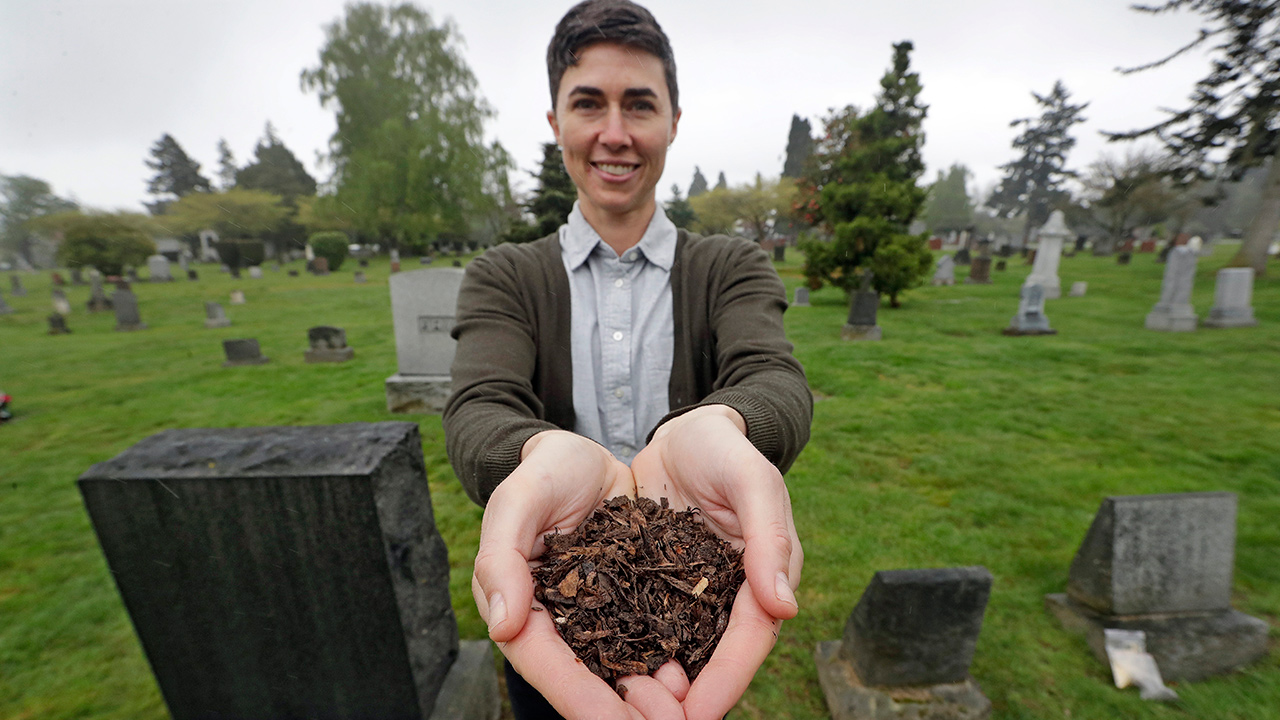 Six Human Bodies Were Reduced to Soil During a Pilot Project

Pedersen said an entrepreneurial constituent whose study of the process became her master’s thesis brought the idea to him.
Katrina Spade, the founder and CEO of Recompose, was a graduate student in architecture at University of Massachusetts Amherst when she came up with the idea — modeling it on a practice farmers have used for decades to dispose of livestock.
She modified that process a bit, and found that the use of wood chips, alfalfa and straw creates a mixture of nitrogen and carbon that accelerates natural decomposition when a body is placed in a temperature and moisture-controlled vessel and rotated.
Six human bodies — all donors who Spade said wanted to be part of this study — were reduced to soil during a pilot project at Washington State University last year. The transformation from body to soil took between four and seven weeks, Spade said.
A price for the service hasn’t yet been set, but the Recompose website states that the company’s “goal is to build a sustainable business to make recomposition a permanent death care option, serve people for decades to come, and make our services available to all who want them.”
According to the Cremation Association of North America, Washington state’s cremation rate is the highest in the nation. More than 78 percent of those who died in the state in 2017 were cremated, and that number is expected to increase to more than 82 percent in 2022.

Offering a Meaningful Alternative That Is Also Environmentally Friendly

Rob Goff, executive director of the Washington State Funeral Directors Association, said his group has been getting questions about the new process, and Spade has been a speaker at a series of recent district meetings of the association.