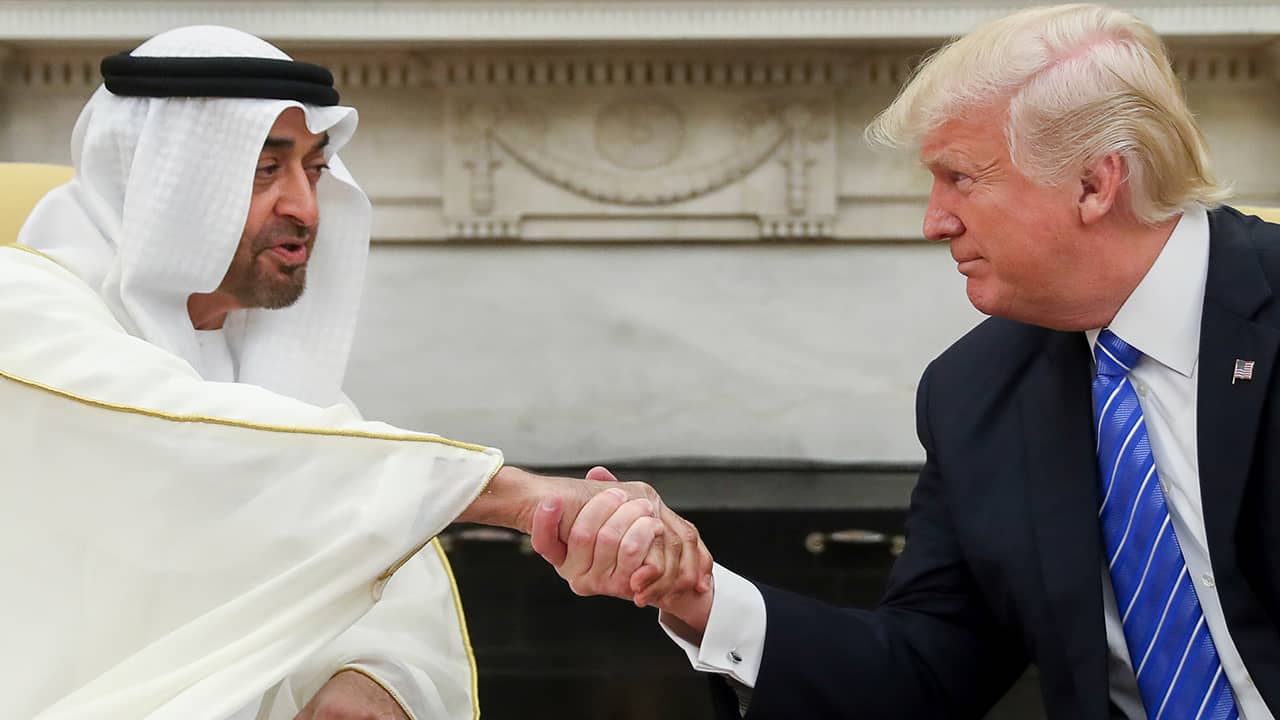 A Brief Glimpse Into the Deal-Making

The ranking shows what has been known regionally for some time: that Sheikh Mohammed wields tremendous influence both home and abroad.
Sheikh Mohammed’s 71-year-old half-brother, Sheikh Khalifa bin Zayed Al Nahyan, remains the Emirates’ president and ruler and ruler of oil-rich Abu Dhabi but has been rarely seen since suffering a stroke in 2014. Sheikh Mohammed also maintains a tight relationship with neighboring Saudi Arabia’s own upstart crown prince, Mohammed bin Salman.

In a country where leaders rule absolutely, the Mueller report provides a brief glimpse into the deal-making and connections of the UAE. It puts Sheikh Mohammed at a luxury hotel in the Indian Ocean Seychelles islands in January 2017, just before Trump’s inauguration, with his adviser George Nader. Nader is a Lebanese-American businessman convicted in a Czech Republic court in 2003 of multiple counts of sexually abusing minors, later would cooperate with Mueller’s investigation.
This meeting put Kirill Dmitriev, the head of a Russian sovereign wealth fund close to Putin, face to face with Erik Prince, the founder of the private military firm Blackwater who had ties to Trump officials, according to the report. Dmitriev earlier had asked Nader for access to Trump transition team members, the report said. While initially distrustful of meeting Prince, Nader reportedly made a point to stress that Prince’s sister, Betsy DeVos, would become Trump’s education secretary. Special counsel Robert Mueller’s redacted report on the investigation into Russian interference in the 2016 presidential election is photographed Thursday, April 18, 2019, in Washington. Pictured is a section regarding Michael Cohen. (AP Photo/Jon Elswick)

“Dmitriev told Nader that Putin would be very grateful to Nader and that a meeting would make history,” the report said.

However, the small UAE plays an oversized role in the report, as it does in Mideast politics due in part to its closeness to America. Some 5,000 American troops are stationed in the country, while Dubai’s Jebel Ali port remains the U.S. Navy’s busiest foreign port of call.
What’s public from Mueller’s report does not elaborate on Sheikh Mohammed’s role in the Seychelles meeting. However, Sheikh Mohammed also had sought a meeting in the U.S. with Trump transition officials before he entered the White House.

But Sheikh Mohammed undoubtedly welcomed Trump’s hard-line approach to Iran after President Barack Obama’s administration signed onto Tehran’s nuclear deal with world powers. And while Sheikh Mohammed hasn’t been back to the U.S. for some time, the UAE’s foreign minister and its minister of state for foreign affairs both have traveled to Washington in recent days. Trump also spoke by phone to Sheikh Mohammed on Thursday night after earlier vetoing a bill that called for the U.S. to pull its military support from the Saudi and Emirati war in Yemen.
“For now, the Emiratis know they have a strong ally in the White House,” Bohl, the Stratfor analyst, said. “What would be much more notable if we see them trying to reach out to potential Democratic successors as a backup plan for Trump.
Related Topics:2016 ElectionPresident Donald TrumpRobert MuellerRussianSheikh Mohammed bin Zayed Al NahyanUnited Arab Emirates
Up Next