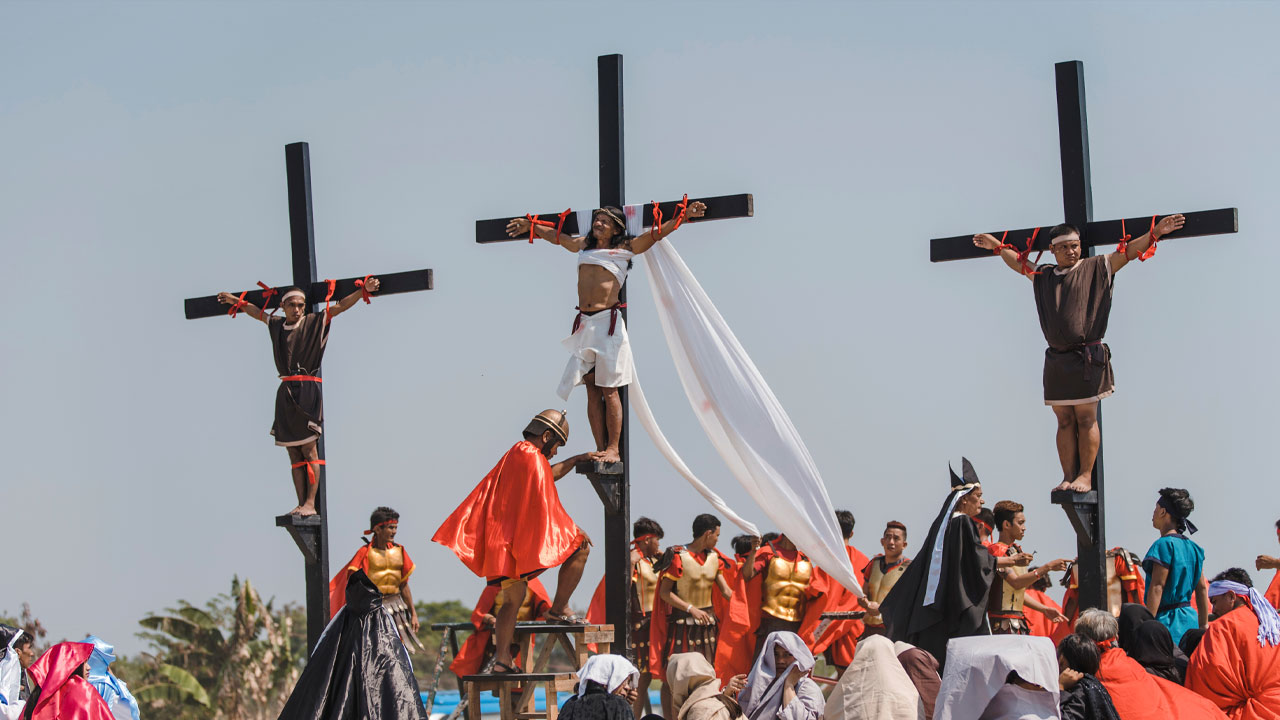 SAN PEDRO CUTUD, Philippines — Several Roman Catholic devotees were nailed to wooden crosses in a gory Good Friday ritual in the Philippines, and others flogged themselves or took part in religious plays to reenact Jesus Christ’s suffering.
Four men and a woman, some wearing crowns of twigs, were escorted by villagers dressed as Roman centurions and nailed to crosses on a dusty hill in San Pedro Cutud village. Similar reenactments played out in nearby farming towns in the northern Philippines.

Thousands, including many tourists, watch the annual spectacle. The Catholic Church frowns upon it, instead calling on the faithful to mark Lent with prayers and acts of charity.
“We’re from Poland, so it’s also a Catholic country but there is nothing like that. It’s much more peaceful and quiet,” said visitor Magdalena Tyburcy.
Prior to the reenacted crucifixions, dozens of barefoot penitents beat their bare backs with sharp bamboo sticks and wood. Some had their backs with razors cut to keep them bloody.
Sterilized nails are used in the rituals, and after they are lowered from the crosses, the devotees are checked by medical workers to make sure they are no complications from their injuries.

Man Has Been Nailed to Cross 33 Times

Painter Ruben Enaje, 59, was nailed to the cross for the 33rd time as part of giving thanks after surviving a fall from a building.
“Next year, I’m going to be a senior. Our bones are a bit different, you start to get hurt. I’ll just pass down (this tradition) to someone younger than me,” he said.
Another regular, Mary Jane Sazon, marked her 16th time on the cross.
“When I do this devotion, my prayers come true. Then I stopped. I started having health problems again, so I joined the crucifixion again. I felt that through my devotion, whatever illness I feel goes away,” said Sazon.
The Philippines is Asia’s largest Catholic nation.
Other Lent traditions include street plays with devotees reenacting the Way of the Cross and a marathon chanting of the Pasyon, a Philippine narrative of the suffering of Christ.