What You Won't See in the Mueller Report 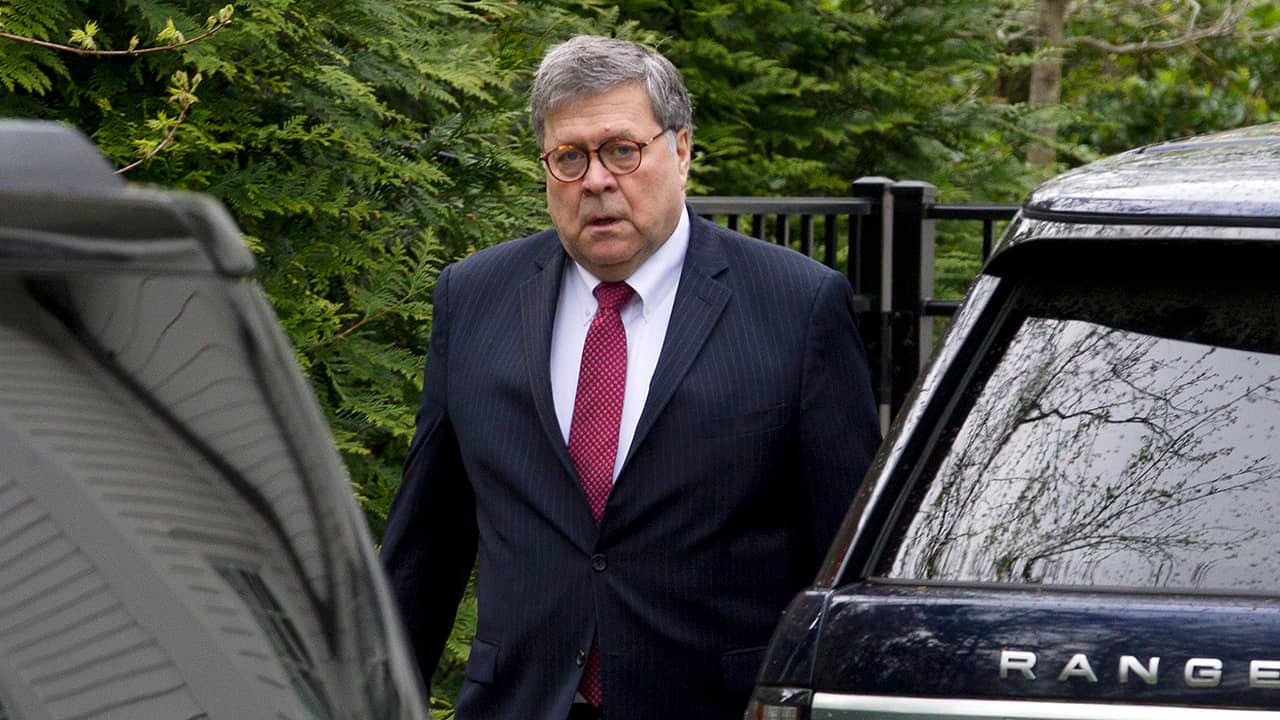 WASHINGTON — The special counsel’s Trump-Russia report will be out on Thursday for all to see. But not all of it.

Barr has staked out his position on releasing secret grand jury information, saying last week that he would not go to court to request its release. He said Democrats are “free to go to court” themselves, and Nadler has said he is ready to do so.

Grand jury information, including witness interviews, is normally off limits but can be obtained in court. Some records were eventually released in the Whitewater investigation into former President Bill Clinton and an investigation into President Richard Nixon before he resigned.
Both of those cases were under somewhat different circumstances, including that the House Judiciary Committee had initiated impeachment proceedings. Federal court rules state that a court may order disclosure “preliminary to or in connection with a judicial proceeding.”
But Democrats have said they are not interested in impeachment, for now, and are likely to argue in court that they don’t need to be in an official impeachment proceeding to receive the materials.

Congress frequently receives classified documents and briefings, and Democrats say there is no reason the Mueller report should be any different.
Many Republicans agree, including the top Republican on the intelligence committee, California Rep. Devin Nunes, who wrote a rare joint letter in March with House intelligence committee Chairman Adam Schiff asking for “all materials, regardless of form or classification.” In the letter, which was obtained by The Associated Press, Schiff and Nunes also asked for a private briefing from Mueller and his team.
Democrat Schiff has argued that some of that information should be released to the public, as well, citing Mueller indictments that have already revealed granular detail about the Russian effort to influence the 2016 election.
“All of that information at one point was classified, but the decision must have been made the public interest outweighs that. And I think a similar analysis should be undertaken here,” Schiff said on CNN this month.

Barr said he will redact information related to investigations connected to the Mueller probe that are still underway. Those include cases handed off or referred to federal prosecutors in Washington, New York and Virginia.
Democrats have noted that the Justice Department has released such information before, including some related to Mueller’s own investigation while it was in progress. Republicans who were in the House majority last year, obtained documents related to the beginnings of the Russia investigation, arguing that officials were biased against then-candidate Trump.
Republicans argued at the time that it was necessary to obtain that information to maintain the integrity of the investigation.

The Justice Department regularly redacts information about people who were interviewed or scrutinized in investigations but not charged. Barr has said he will black out information from the report “that would unduly infringe on the personal privacy and reputational interests of peripheral third parties.”


“If you’re not going to indict someone, then you don’t stand up there and unload negative information about the person,” Barr said. “That’s not the way the Department of Justice does business.” — Attorney General William Barr
Asked by Sen. Jeanne Shaheen, D-N.H., at a hearing last week if that meant he would redact information to protect the interests of Trump, Barr said it did not. “No, I’m talking about people in private life, not public officeholders,” Barr said.
That means that in addition to Trump, members of his family who work at the White House, such as his daughter Ivanka, could potentially be named if they were somehow entangled in Mueller’s investigation. But any information regarding his sons, Eric and Donald Trump Jr., who run his businesses, could be more likely to be redacted.
The Justice Department did release information about the investigation into Hillary Clinton’s email practices more than two years ago, even though Clinton wasn’t charged. But that was after then-FBI Director James Comey made the much-questioned decision to publicly discuss that investigation. Barr signaled in his confirmation hearing in January that he would do things differently.


Related Story: Redacted Mueller Report to Be Released Within a Week

“If you’re not going to indict someone, then you don’t stand up there and unload negative information about the person,” Barr said. “That’s not the way the Department of Justice does business.”
Related Topics:battlecampaignDonald TrumpHouse Judiciary CommitteeReportRobert MuellerTrump-Russia
Up Next

Flag Will Remain on SoCal Police Cars After Vote