Watch the Video: Did Arias Flip Dyer the Bird? The Parties React. 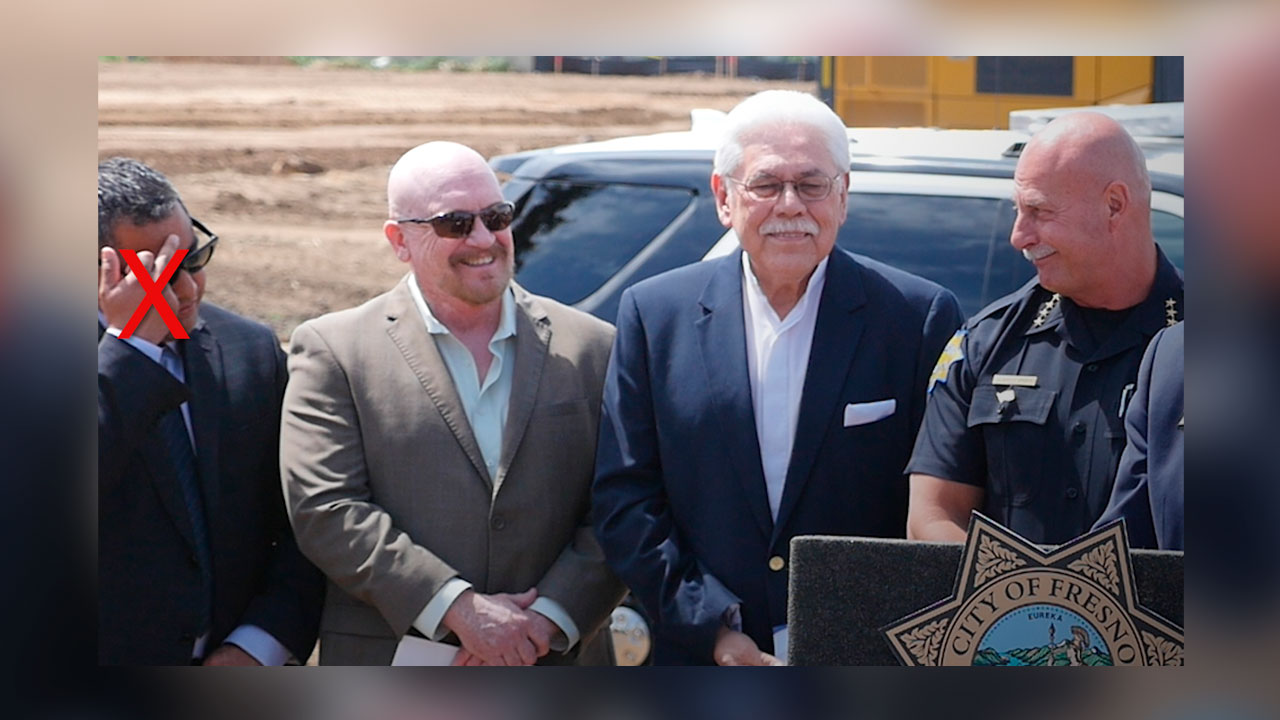 It was no April Fool’s Day joke. And it’s two-week-old image still reverberating in Fresno political circles.
The usual pomp and circumstance took place at an April 1 groundbreaking for a new police substation in southeast Fresno — speeches, smiles, and shovels.
But an image, captured on an Instagram account and reposted on Twitter by Fresno conservatives Alex Tavlian and Brooke Ashjian, shows city councilman Miguel Arias, a progressive, with his middle finger extended and apparently directed at Police Chief Jerry Dyer.

“I was just wiping sweat away from my forehead,” Arias said, recounting the incident. Using his middle finger was coincidental and unintended. He does admit he and Dyer have a jovial relationship with each other, often joking around.
What’s most interesting, perhaps, is that either way, Dyer took no offense. In fact, the chief responds with a smile.
“I don’t know what his intent was, but I took it as a humorous gesture,” Dyer tells GV Wire.
GV Wire was there too, and we found the video. Watch by clicking on the image above and judge for yourself.

This stems from a political disagreement between the two. Last Wednesday (April 10), Bredefeld and Arias stood side by side at a news conference promoting a resolution to post signs discouraging panhandling at city intersections.

Arias says others are blowing the incident out of proportion.
Update, 4/16/2019, 4 p.m.: after watching the video, Bredefeld added this statement:
“The video tells the truth and once again, Councilman Arias is disingenuous with the public. He clearly is talking to Chief Dyer and then gives him the finger which Chief Dyer ignores. His conduct reflects poorly on him and he owes Chief Dyer an apology.”
Related Topics:Garry Bredefeldmiddle fingerMiguel AriaspanhandlingPolice Chief Jerry Dyerpolice substationTwitter
Up Next