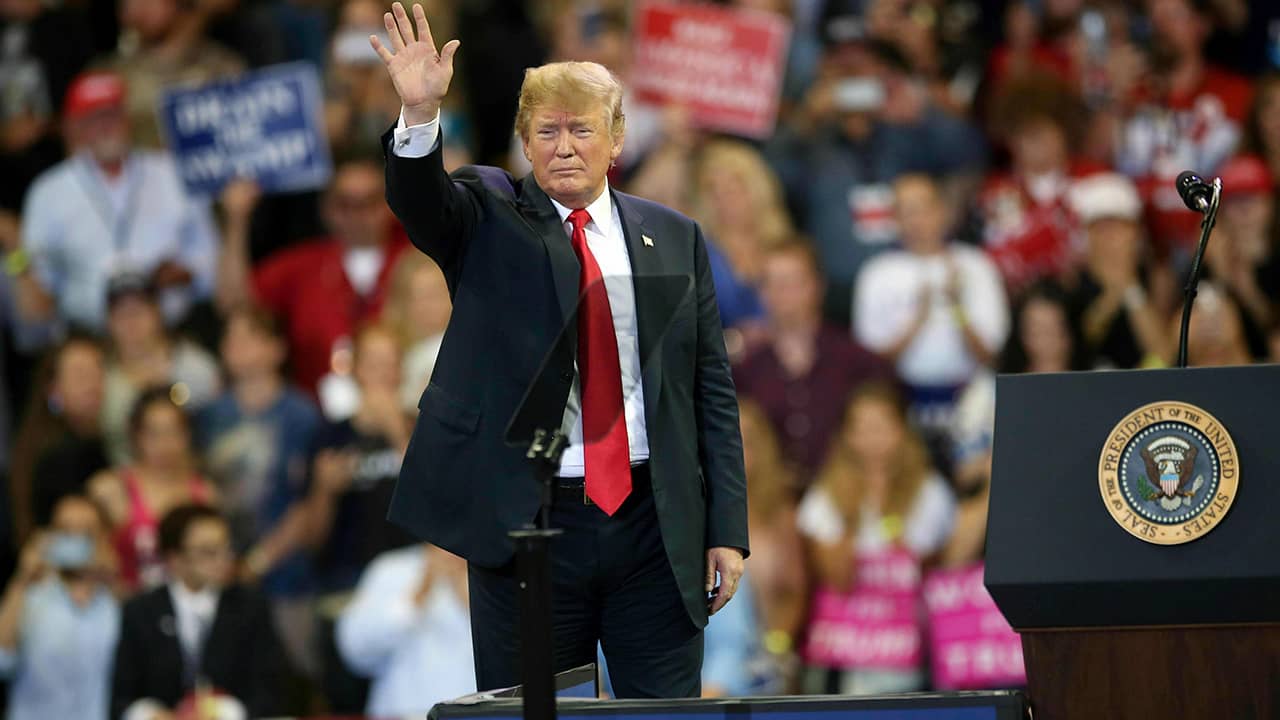 ST. PAUL, Minn. — President Donald Trump will use Tax Day on Monday to visit Minnesota, an erstwhile Democratic stronghold he hopes to flip in 2020 after nearly winning it in 2016. Questions remain, however, about just how much he’s politically benefiting from his signature legislative accomplishment.


“I’m glad he’s coming to Minnesota. I think he realizes Minnesota’s in play.” — Senate Majority Leader Paul Gazelka
Minnesota, which gave the country Democratic Vice Presidents Hubert Humphrey and Walter Mondale, hasn’t given its 10 electoral votes to a Republican since Richard Nixon in 1972. Trump came within 1.5 percentage points of carrying the state in 2016 thanks to his strength among rural voters.
The state’s Democrats saw a huge overall resurgence during the anti-Trump backlash of 2018, notably in traditionally Republican suburbs of Minneapolis and St. Paul. Giving the president hope is the memory that his popularity outside the Twin Cities area helped the GOP flip two Democratic U.S. House seats last year.
“I’m glad he’s coming to Minnesota,” said state Senate Majority Leader Paul Gazelka, the top Republican in state government. “I think he realizes Minnesota’s in play.”
Ahead of Trump’s visit, Kevin Hassett, chairman of the White House Council of Economic Advisers, talked up the 2017 tax law during a teleconference with reporters Friday. He said it’s working exactly as its proponents predicted and that it quickly made the U.S. an attractive place to do business again, leading to increased hiring and higher wage growth. He also said the tax cuts continue to provide “sustained, long-term nourishment for our economy.”

Trump planned to visit a truck and equipment company in the suburb of Burnsville on Monday for a roundtable discussion on the tax cuts and the economy.
Minnesota Sen. Amy Klobuchar, a Democratic presidential candidate, on Sunday criticized Trump’s tax cuts, saying they added trillions of dollars to the nation’s debt and disproportionately helped the wealthy.
“That tax bill was a major missed opportunity,” she said. “That tax bill should have been a bill that would have not only brought some taxes down for working people but also could have funded a major infrastructure investment.”
So far Trump doesn’t appear to be getting a lot of credit for the tax changes. An NBC/Wall Street Journal poll last week showed that the vast majority of Americans don’t think they even got a tax cut. Just 17% of those polled believed their taxes went down.
More evidence came from a report by tax preparer H&R Block on Thursday that said Americans are undergoing a “confusing tax experience” this season. While its customers’ overall tax liability fell 24.9% in the first year under the new tax law, refunds were roughly flat at just 1.4%. While the average filer is better off, it said, they’re not seeing it in their refunds, “which many people think of as their ‘bottom line.'”
Federal data also shows a negligible increase in refunds. According to the IRS, as of March 29 the average refund nationally was $2,893, which is just $20 more than at the same point last tax season.

Further muddling the picture is that the federal deduction for state and local taxes was capped at $10,000, which matters in high-tax states such as Minnesota, California and New York, among others. Minnesota Senate Minority Leader Tom Bakk said that might be why Trump is visiting.

'It Has to Stop': Omar Says Trump Encourages Violence, Hate