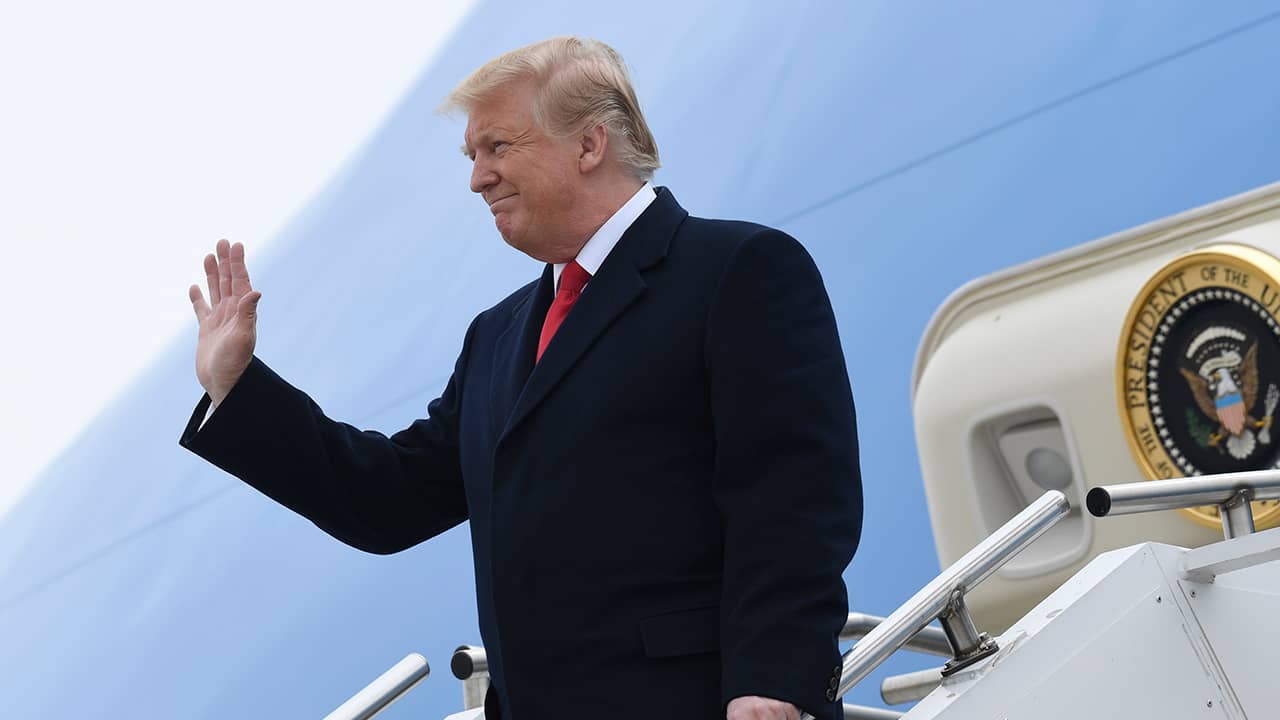 WASHINGTON — President Donald Trump suggested Monday that his threat to ship migrants to so-called sanctuary cities is taking effect, even though it remains unclear whether such a plan is feasible.
“Those Illegal Immigrants who can no longer be legally held (Congress must fix the laws and loopholes) will be, subject to Homeland Security, given to Sanctuary Cities and States!” Trump tweeted just days after aides insisted the plan had been shelved.

Those Illegal Immigrants who can no longer be legally held (Congress must fix the laws and loopholes) will be, subject to Homeland Security, given to Sanctuary Cities and States!

Neither the White House nor Department of Homeland Security immediately responded to requests for comment Monday. And it’s unclear whether DHS has taken any steps to implement the controversial plan. Lawyers there had previously told the White House that the idea was unfeasible and a misuse of funds. U.S. Immigration and Customs Enforcement is already strapped for cash.
Sarah Sanders, the White House press secretary, had said during a pair of Sunday show appearances that the idea was just one option under consideration.
“Whether or not it moves forward, that’s yet to be determined,” she said on Fox, acknowledging that the idea had been rejected by DHS lawyers several times.
“The president heard the idea, he likes it, so – well, we’re looking to see if there are options that make it possible and doing a full and thorough and extensive review.,” she said on ABC.

At the same time, Democrats on Monday asked the White House and agency officials for internal documents on the administration’s deliberations on its proposal to send detained migrants to “sanctuary cities” — cities and districts that don’t cooperate with federal immigration officials and which are mostly Democratic strongholds.
“Not only does the administration lack the legal authority to transfer detainees in this manner, it is shocking that the president and senior administration officials are even considering manipulating release decisions for purely political reasons,” read the letter, which was signed by three House committee chairmen:
[tnc-pdf-viewer-iframe file=”http://www.gvwire.com/wp-content/uploads/2019/04/Nadler-letter.pdf” width=”750″ height=”500″ download=”true” print=”true” fullscreen=”true” share=”true” zoom=”true” open=”true” pagenav=”true” logo=”true” find=”true” current_view=”true” rotate=”true” handtool=”true” doc_prop=”true” toggle_menu=”true” language=”en-US” page=”” default_zoom=”auto” pagemode=””]

The Proposal Was Rejected Twice by Administration Officials

The letter said the plan seemed aimed at targeting Democratic areas “in a bizarre and unlawful attempt to score political points,” citing news reports.
The proposal was rejected twice by administration officials, but Trump has defended the idea.
“The USA has the absolute legal right to have apprehended illegal immigrants transferred to Sanctuary Cities,” Trump tweeted Saturday as part of his larger push to tighten immigration laws and try to stop the flow of migrants across the southern border.
The plan comes as the administration has said it’s been overwhelmed by a flood of migrant families, largely from Central America, attempting to cross the southwestern border. The U.S. Border Patrol said the number of families apprehended in March, 53,000, set a new record, though Democrats say the administration is worsening the problem by aggressively detaining people caught entering illegally and limiting the number of applicants for refugee status who are processed.