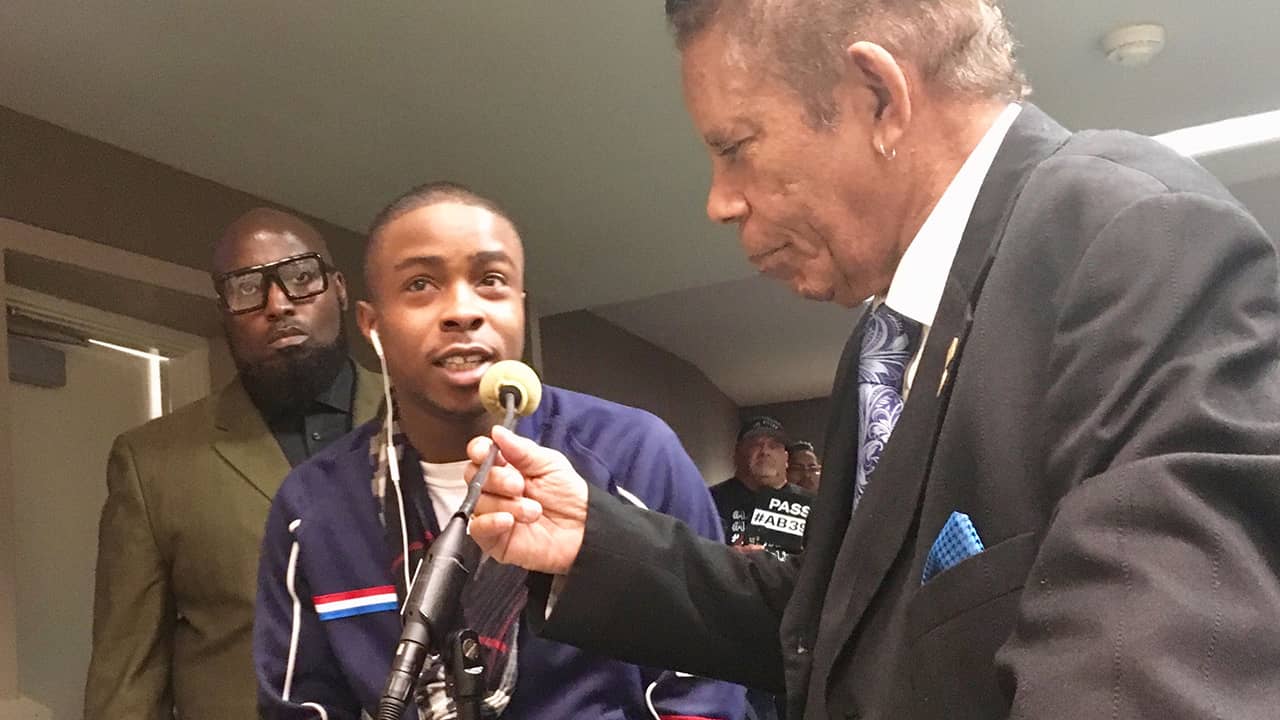 Even as a landmark California bill meant to prevent police shootings passed its first committee Tuesday, the fault lines among Democrats began to emerge, suggesting the measure will likely change as it moves through the Legislature. How much, though, was not yet clear.

Clark’s Case Has Re-Ignited Anger Among Many

Assemblywoman Shirley Weber said she would work to reach a compromise before the bill reaches the Assembly floor.
“We are committed to having a piece of legislation that makes a difference and that does provide a balance,” said the San Diego Democrat whose bill would change the legal standard for justifying police use of deadly force.

Her bill — which is backed by the American Civil Liberties Union and numerous civil rights groups — was prompted by the death last year of Stephon Clark. He was not armed, but Sacramento police killed him after mistaking the cellphone he was holding for a gun. Last month, the Sacramento district attorney announced she would not press charges because the officers acted legally.
Clark’s case has re-ignited anger among many that black and brown men are unfairly targeted by police, a message that was carried into the Capitol by scores of Californians who packed the hearing room and spilled out into the hallway, wearing T-shirts commemorating slain loved ones, or emblazoned with the hashtag #LetUsLive.
Weber’s bill would make sweeping changes to the laws that determine when California police can use deadly force. It says police could shoot only when it’s necessary to prevent death or serious injury, and would require they use other tactics in many situations.

Subjecting Officers to Danger While Performing an Already Dangerous Job

That would go beyond the standard set by the U.S. Supreme Court, which says police can use force when a reasonable officer in the same circumstance would do the same thing. Law enforcement groups said that a law that deviates from the reasonable standard would subject officers to greater danger while performing an already dangerous job.