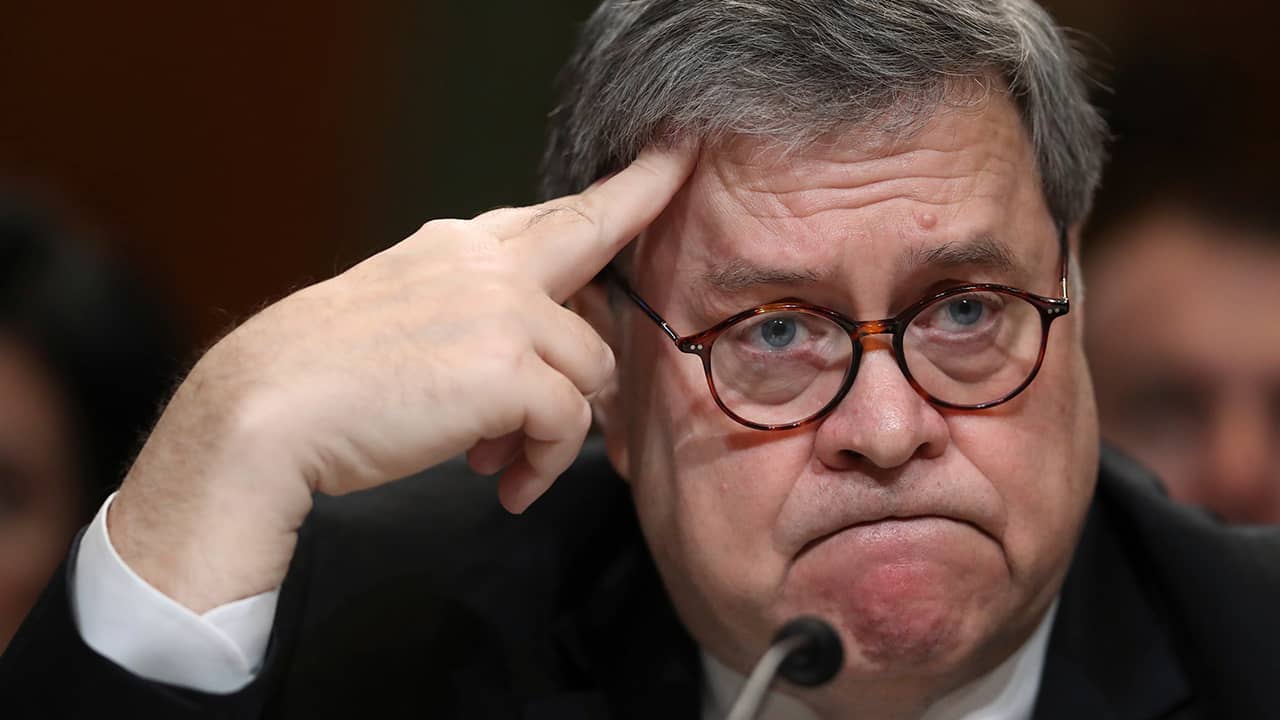 WASHINGTON — Attorney General William Barr declared Wednesday he believes “spying did occur” on Donald Trump’s presidential campaign, suggesting the origins of the Russia investigation may have been mishandled and aligning himself with the president at a time when Barr’s independence is under scrutiny.


“I think spying on a political campaign is a big deal.” — Attorney General William Barr
Barr, appearing before a Senate panel, did not say what “spying” had taken place. He later said he wasn’t sure there had been improper surveillance but wanted to make sure proper procedures were followed. Still his remarks give a boost to President Trump and his supporters who insist his campaign was unfairly targeted by the FBI.
Barr was testifying for a second day at a congressional budget hearing that was dominated by questions about special counsel Robert Mueller’s Trump-Russia investigation. Barr said he expects to release a redacted copy of Mueller’s report next week, and Democrats have repeatedly expressed concern that his version will conceal wrongdoing by the president.
Barr, who was nominated to his post by Trump four months ago, was asked about spying by Republican Sen. Jerry Moran. He said that though he did not have specific evidence of wrongdoing, “I do have questions about it.”
“I think spying on a political campaign is a big deal,” Barr said.
Asked by Democratic Sen. Jeanne Shaheen if he believed spying on the campaign occurred, Barr said, “Yes I think spying did occur. The question is whether it was adequately predicated.”

Trump Repeated His Claim That the Investigation Was Illegal

Barr said he is reviewing his department’s actions in investigating Trump. A separate investigation is being conducted by the Justice Department inspector general into the early days of the FBI’s Russia probe, which Barr said he expects to conclude sometime around May or June.
“I feel that I have an obligation to ensure government power was not abused,” Barr said.

Asked again about spying at the end of the hearing, Barr tempered his tone “I am not saying improper surveillance occurred. I am saying I am concerned about it, and I am looking into it,” he said.
Barr’s reference to “spying” may refer to a secret surveillance warrant that the FBI obtained in the fall of 2016 to monitor the communications of former Trump campaign aide Carter Page, who has not been charged with any wrongdoing and has denied being a Russian spy. That warrant included a reference to research that was conducted by an ex-British spy who was funded by Democrats to look into Trump’s ties to Russia.
Critics of the Russia investigation say the warrant on Page was unjustified and have also seized on anti-Trump text messages sent and received by one of the lead agents involved in investigating whether the Trump campaign was colluding with Russia. At the White House on Wednesday, Trump repeated his claim that the investigation was illegal.


Related Story: Redacted Mueller Report to Be Released Within a Week

Barr’s statement Wednesday that he expected to release a redacted version of Mueller’s nearly 400-page report next week marked a slight change from the estimate he gave Tuesday, when he said the release would be within a week.
Though he said the document will be redacted to withhold negative information about peripheral figures in the investigation, he said that would not apply to Trump, who is an officeholder and central to the probe.
Related Topics:Attorney General William BarrcampaignDonald TrumpinvestigationRussiascrutinyspying
Up Next