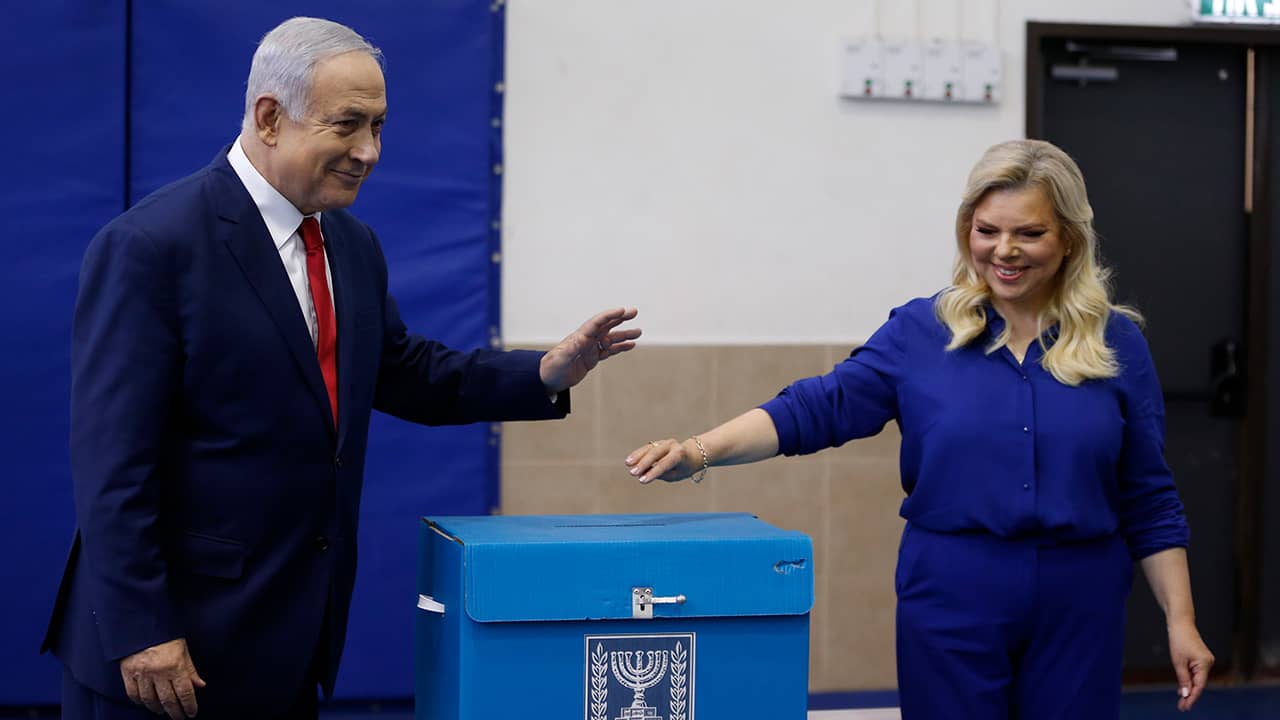 JERUSALEM — Israeli voters decided Tuesday whether to give Prime Minister Benjamin Netanyahu another term in office in a tight election that has become a referendum on his decade in power.

The election has emerged as a referendum on the 69-year-old prime minister and his 13 years in power, with the existential questions facing Israel rarely being discussed in the campaign.
He has been the dominant force in Israeli politics and its best-known face for the past two decades. His campaign has focused heavily on his friendship with President Donald Trump, and his success in cultivating new international allies, such as China, India and Brazil.
But corruption scandals have created some voter fatigue, and in recent days Netanyahu has vowed to annex Jewish West Bank settlements if re-elected — a prospect that could doom already-slim hopes of establishing a Palestinian state alongside Israel, which he has wavered on.
“It’s about time for a change,” said Barry Rifkin, a Jerusalem resident.
Polling stations opened at 7 a.m. and will close at 10 p.m. (1900 GMT, 3 p.m. EDT) . About 6.4 million voters were eligible to vote at more than 10,000 stations.
Some 40 parties are running, but no more than a dozen are expected to receive the required 3.25% support to make it into parliament.
Election day in Israel is a national holiday, with warm and sunny weather expected to boost turnout. By midafternoon, turnout levels were slightly lower than in the last election in 2015.
Official results will begin streaming in early Wednesday, but it may take far longer for a final verdict to come through, given Israel’s fragmented politics.

As many as a half-dozen parties are teetering on the threshold for entering the Knesset, or parliament. A failure by any of these to get in could have a dramatic impact on who ultimately forms the next coalition.

Arab Turnout Will Be a Major Issue

By late afternoon Tuesday, there were no major surprises from any parties, although the predominantly Arab Hadash party filed a complaint that hundreds of Likud activists were monitoring Arab polling stations with hidden cameras. Israel’s elections committee quickly issued a ruling banning cameras from polling stations.
Arab parties accused Likud of trying to intimidate voters. Likud officials declined comment, though Netanyahu said there “should be cameras everywhere, not hidden” to ensure a legitimate vote.
Arab turnout will be a major issue.
Netanyahu’s campaign against Arab politicians, together with the new alliance with anti-Arab extremists and the passage of last year’s contentious nation-state law, which enshrined Israel as the homeland of the Jewish people alone, have deepened calls for an election boycott in Arab communities.
But some hope these events will have the opposite effect, fueling enough frustration to increase Arab participation, which is typically lower than that of Israeli Jews. A big Arab turnout could push smaller right-wing parties into the margins and even threaten Netanyahu’s long rule.
The leftist Meretz party even put out a video urging Arabs to vote. “Bibi is counting on you. Because if you don’t vote, Bibi wins,” it said, referring to Netanyahu by his nickname.

The Palestinian issue has been largely sidelined in the campaign that has been long on scandal and short on substance. But in a reminder, the military says it imposed a 24-hour closure on the West Bank and Gaza throughout election day, based on its security assessments.