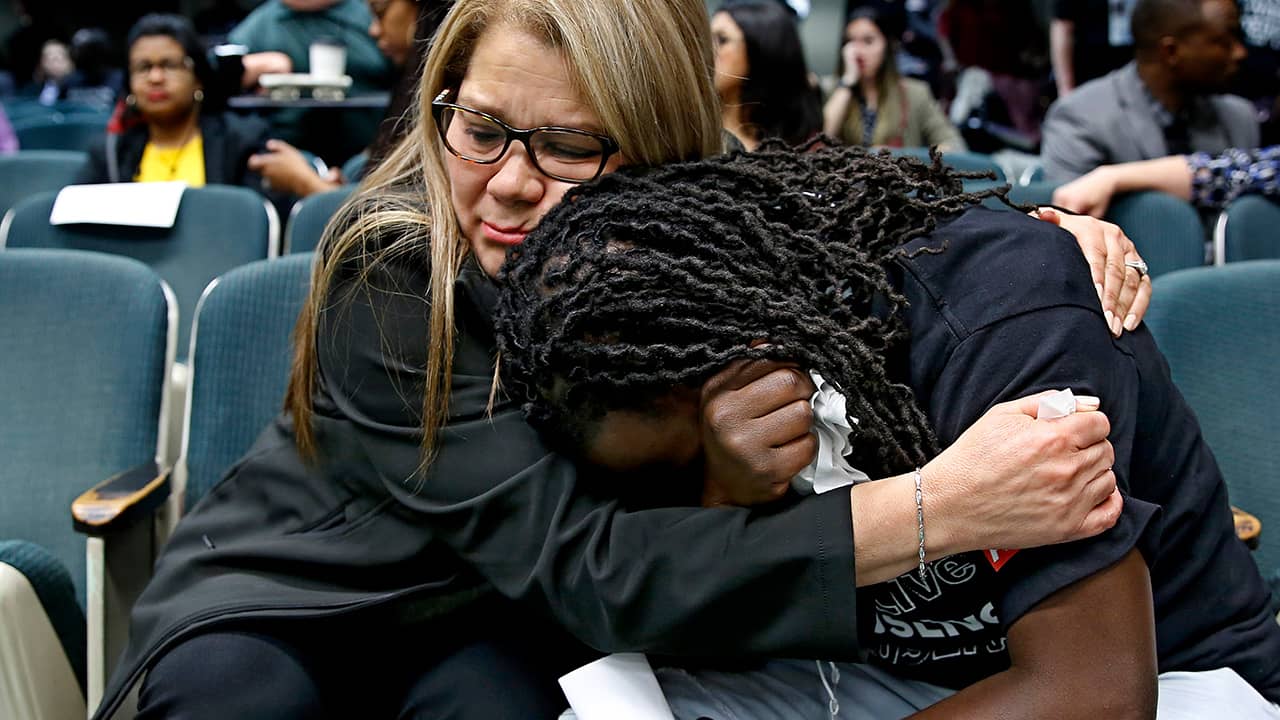 SACRAMENTO — A grieving mother choked up as she questioned why police didn’t use other tactics instead of killing her son. A deputy recalled the terror of second-guessing herself as she traded fire with a suspect who killed her partner.

Escobedo Says That Los Angeles Officers Could Have Used Other Tactics

Weber’s measure got party-line support. The eight-member panel’s two Republicans opposed the measure they said could make officers hesitate for a fatal second if they have to consider alternatives to lethal force.
That’s what Sacramento County Deputy Sheriff Julie Robertson faced. She testified how her partner, Mark Stasyuk, died last fall during a gunfight and she hesitated as the suspect shot at her with only his back exposed.
“I recall in that moment thinking that if I were to shoot him in the back, I would be the next officer in the news being scrutinized for my actions,” Robertson said. “The thought of having to second-guess my actions in that moment is frightening. … This bill makes me wonder if sacrificing everything is worth it.”

Elizabeth Medrano Escobedo told lawmakers that Los Angeles officers could have used other tactics instead of killing her son, Christian Escobedo, last year. Police said he was sleeping behind a parked car with a loaded handgun.
“This bill can save mothers from grieving the loss of their children, which is what I’m experiencing right now,” Medrano said, choking up.
Ciara Hamilton testified how Barstow police killed her cousin, Diante Yarber, last year after they said the car theft suspect hit two squad cars and nearly struck an officer. His family says the car was barely moving and that Yarber, who was black, might have lived had officers provided immediate medical attention.
“What does that tell us about policing in California and America? It’s that black and brown people are not safe from state-sanctioned violence,” Hamilton said.
The debate resonated personally for lawmakers.

Democratic Assemblywoman Sydney Kamlager-Dove of Los Angeles tearfully recounted finding four officers in her home responding to a false burglar alarm last fall. They treated her respectfully, yet Kamlager-Dove, who is black, said she started shaking and crying.
“And I realized I was crying because I was afraid. I didn’t want to make any sudden movements,” she said.