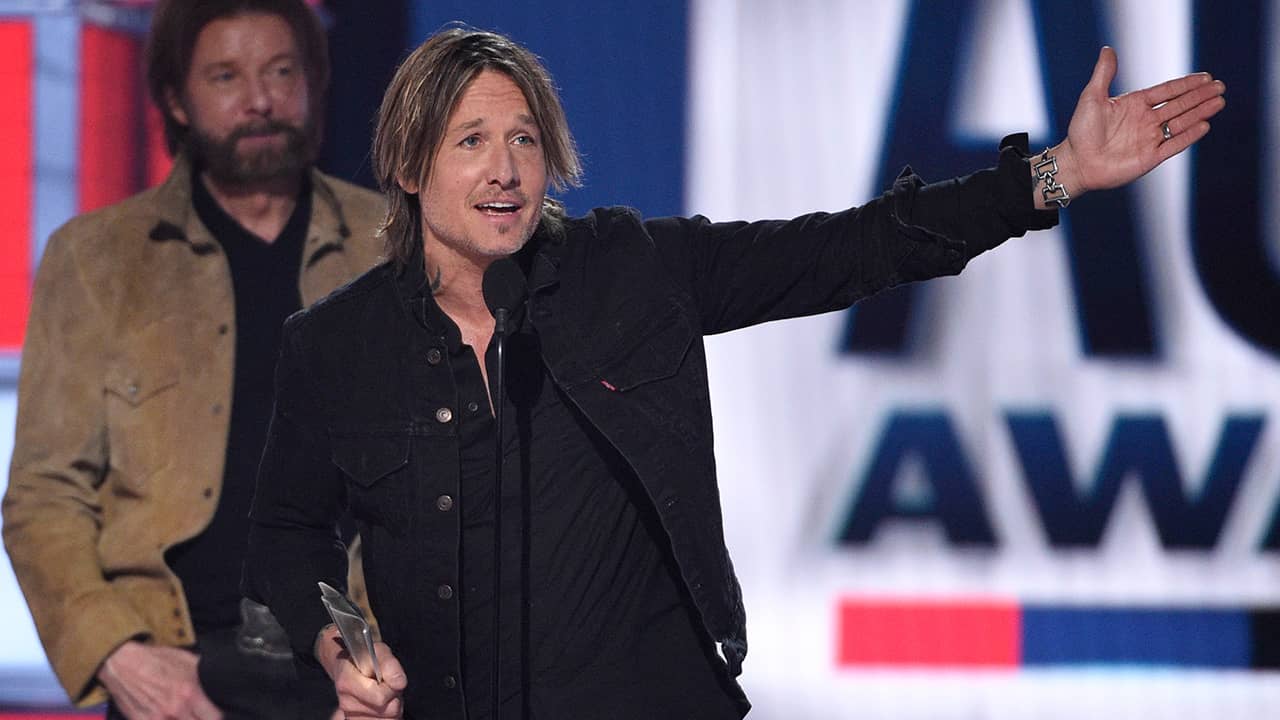 Grammy-winning duo Dan + Shay solidified themselves as the hottest group in country music with multiple wins at the Academy of Country Music Awards, where Keith Urban was named entertainer of the year and Kacey Musgraves won three honors.

Only One Woman in Song of the Year Category

“Just stay at it. It’ll work out,” said Musgraves, who won four Grammys earlier this year, including album of the year and best country album.
Other categories didn’t feature many female nominees: Bebe Rexha was the only woman competing for song of the year with “Meant to Be,” while Maddie & Tae was the sole female act up for duo of the year.
But both honors, along with single of the year, went to Dan + Shay.

“I think somebody got the cards mixed up tonight,” Dan Smyers said onstage at the MGM Grand Garden Arena in Las Vegas. “This is all incredible. We are all winners tonight.”
Smyers technically won five honors — picking up double wins in song of the year as artist and co-writer (shared with Jordan Reynolds and Nicolle Galyon) and single of the year as artist and co-producer (shared with Scott Hendricks). Shay Mooney, who won three awards for his role in the duo, didn’t write or produce the song.
Even Thomas Rhett jokingly dedicated his male artist of the year trophy to Dan + Shay.
“I am going to give this to Dan + Shay so they can go home with four,” Rhett said.
Rhett also gave a shout-out to his wife who sat in the audience: “You are smoking hot tonight.” George Strait, left, presents Jason Aldean with the Dick Clark artist of the decade award at the 54th annual Academy of Country Music Awards at the MGM Grand Garden Arena on Sunday, April 7, 2019, in Las Vegas. (Photo by Chris Pizzello/Invision/AP)

Rhett performed Sunday, while Dan + Shay hit the stage to sing “Keeping Score” alongside Kelly Clarkson, hitting impressive high notes. Chris Stapleton’s performance was also a highlight. The singer-songwriter, who often performs with his wife, Morgane Stapleton, sang onstage as she held her hand over her stomach (she is pregnant).

In Many States, Legalizing Sports Betting Hinges on Tribes