Newsom Says His El Salvador Trip a Counter to Trump 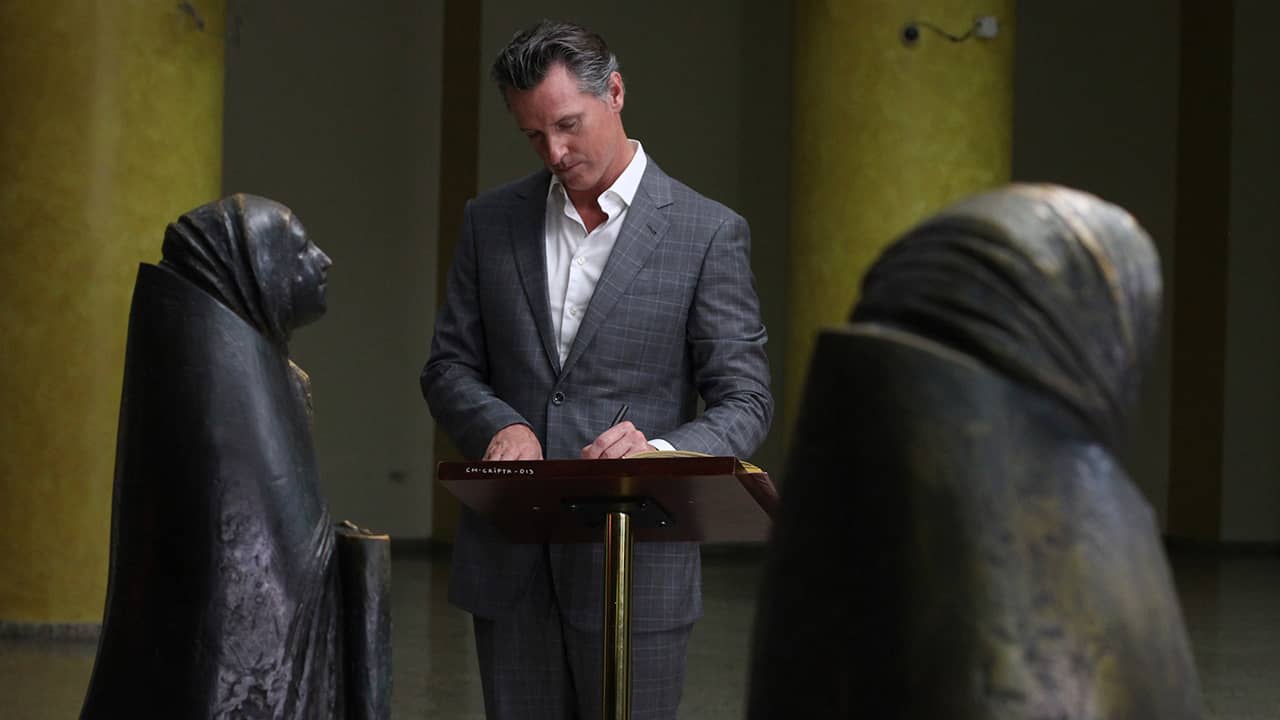 The Trump Administration Has Not Commented on Newsom’s Trip

Newsom’s trip includes meetings with President Salvador Sanchez Ceren, U.S. Ambassador Jean Manes and President-elect Nayib Bukele. He’ll also tour a reintegration center that processes Salvadorans deported from the United States and Mexico, see a cultural demonstration in a rural town, meet with human rights groups and discuss economic development and gang intervention.
Newsom said he’s figuring out in real time what more California can do to help tackle the root causes of migration, namely deep poverty and gang violence. El Salvador is one of the world’s most violent countries, with the gangs MS-13 and Barrio 18 exerting strong control. The minimum wage is just $300 per month.

Mayor Ernesto Muyshondt of San Salvador, the capital city, said he hopes Newsom can use his political influence to halt the cuts to U.S. aid, saying cuts will halt the countries progress and could cause more people to flee.
In Newsom’s first three months in office, he has fought the Trump administration on perhaps no issue as much as immigration, suing over the president’s emergency declaration to build a southern border wall and pledging $25 million in state money to help asylum seekers.
The Trump administration has not commented on Newsom’s trip, but Republicans in California have said the governor should be more focused on poverty back home.
“The tragic circumstances that drive migrants from their homes should remind us that we have people living in crushing poverty in our own communities. Our attention and resources should be focused there,” Republican state Assemblyman Devon Mathis said in a statement.
Newsom pushed back on critics, saying immigration is a driving political and policy issue that affects California more than any other state. “How do you understand California without understanding all the diverse cultures that make it the most diverse state?” he said. “It’s fundamental it seems to me to governing a state. That’s why I’m here in the first months.”
While Newsom hopes to plant a counter-narrative to Trump, he is barely known in El Salvador, a country just over 6 million people.


“How do you understand California without understanding all the diverse cultures that make it the most diverse state? It’s fundamental it seems to me to governing a state. That’s why I’m here in the first months.” — Gov. Gavin Newsom
Before Newsom’s visit to the cathedral, people milled about on the Gerardo Barrios Plaza, a public square out front. Only one of a half dozen people who spoke with The Associated Press said they were aware the governor of California was coming to visit, and none knew his name.
Manuel Lara, 52, has family living in Los Angeles and said he learned of Newsom’s trip from the news. Lara tried to come to the United States unsuccessfully in the 1980s and now works in construction in El Salvador. He makes $10 per day.
He said Newsom’s trip was a good thing given Trump’s threats to rescind aid.
Lidia Rosales said she is out of work because there are not enough jobs for teachers. Even if there were, the $125 monthly pay teachers make is not enough to live comfortably, she said. She said she doesn’t like how Trump talks about Latinos. But she had not heard of Newsom or why he was visiting.
Newsom said starting the trip at Romero’s tomb was an event that brought full circle some of his earliest political awakenings and Catholic upbringing.
“I never thought I’d be kneeling in front of Saint Romero as governor of California,” he said.
Related Topics:CaliforniaCentral AmericanEl SalvadorGov. Gavin NewsommigrantsPresident Donald Trumptoxic
Up Next