Heading to California, Trump to Push Again on Immigration 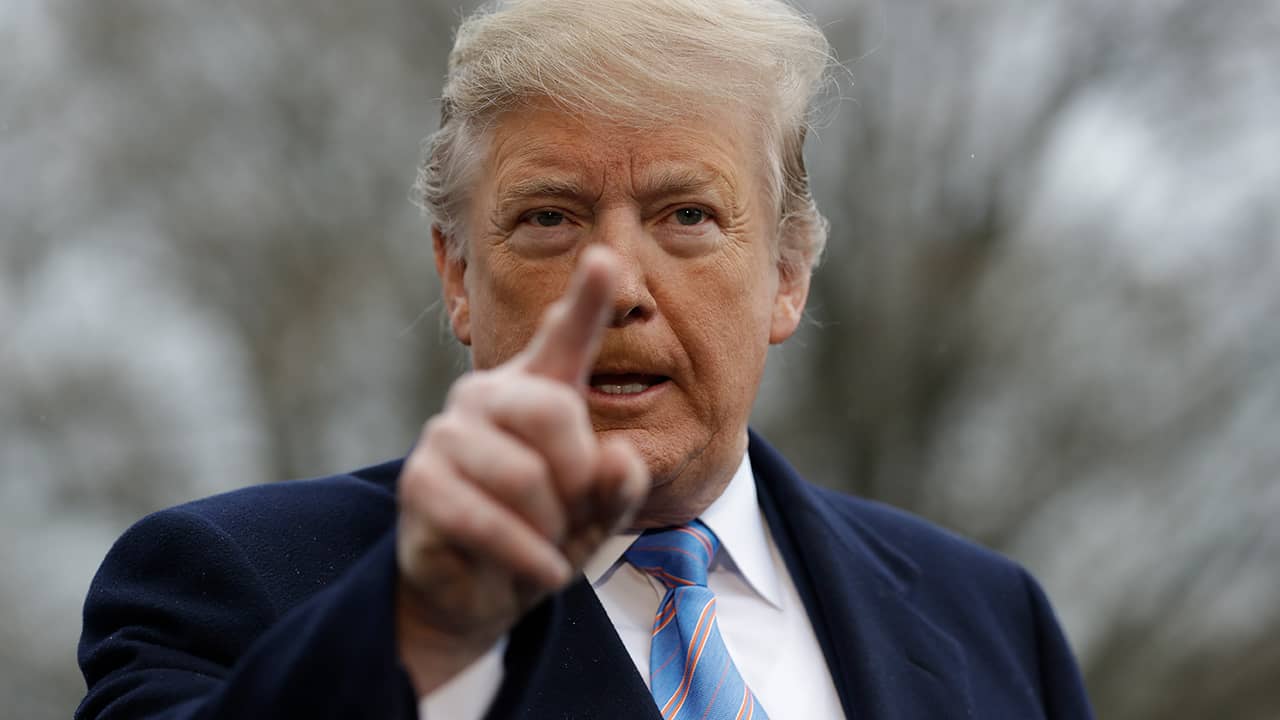 WASHINGTON — President Donald Trump headed to California on Friday in a renewed push to make border security a central campaign issue for his 2020 re-election.

“I’m heading to the border. We’re building a lot of wall. We’re going to show you a section,” Trump said. “And a lot of things are happening. A lot of very positive things are happening.”
The fence that Trump is touring is a two-mile section that was a long-planned replacement for an older barrier, rather than new wall. The White House says the barrier is marked with a plaque bearing Trump’s name and those of top homeland security officials.

Trump took to Twitter earlier Friday to claim that he could revive his threat to shut the border, a move that fellow Republicans warned would have a devastating economic impact.
“If for any reason Mexico stops apprehending and bringing the illegals back to where they came from, the U.S. will be forced to Tariff at 25% all cars made in Mexico and shipped over the Border to us. If that doesn’t work, which it will, I will close the Border,” Trump tweeted, before invoking the new, but not-yet-approved trade policy. “This will supersede USMCA.”

Trump Has yet to Complete Any New Fencing

The southern border is nearly 2,000 miles long and already has about 650 miles of different types of barriers, including short vehicle barricades and tall, steel fences that go up to 30 feet high. Most of the fencing was built during the administration of George W. Bush, and there have been updates and maintenance throughout other administrations.


The southern border is nearly 2,000 miles long and already has about 650 miles of different types of barriers, including short vehicle barricades and tall, steel fences that go up to 30 feet high.
Trump has yet to complete any new mileage of fencing or other barriers anywhere on the border. His administration has only replaced existing fencing, including the section he is touring Friday. Construction for that small chunk of fencing cost about $18 million, began in February 2018 and was completed in October. Plans to replace that fence date back to 2009, during the beginning of President Barack Obama’s tenure.
Trump walked away from his border closure threat just days after he also abruptly postponed Republican efforts to work on a replacement for the Affordable Care Act.
After the border visit, Trump was slated to travel to Los Angeles, where he was set to hold a pair of fundraisers in the deep-blue city. He was then poised to travel to Las Vegas for another re-election fundraiser and an address to the Republican Jewish Coalition, which is backed by GOP mega-donor Sheldon Adelson.
Related Topics:borderborder securityCongressimmigrantsMexicoPresident Donald TrumpWhite House
Up Next