Brandau and Bredefeld Deserve to be Read the Riot Act 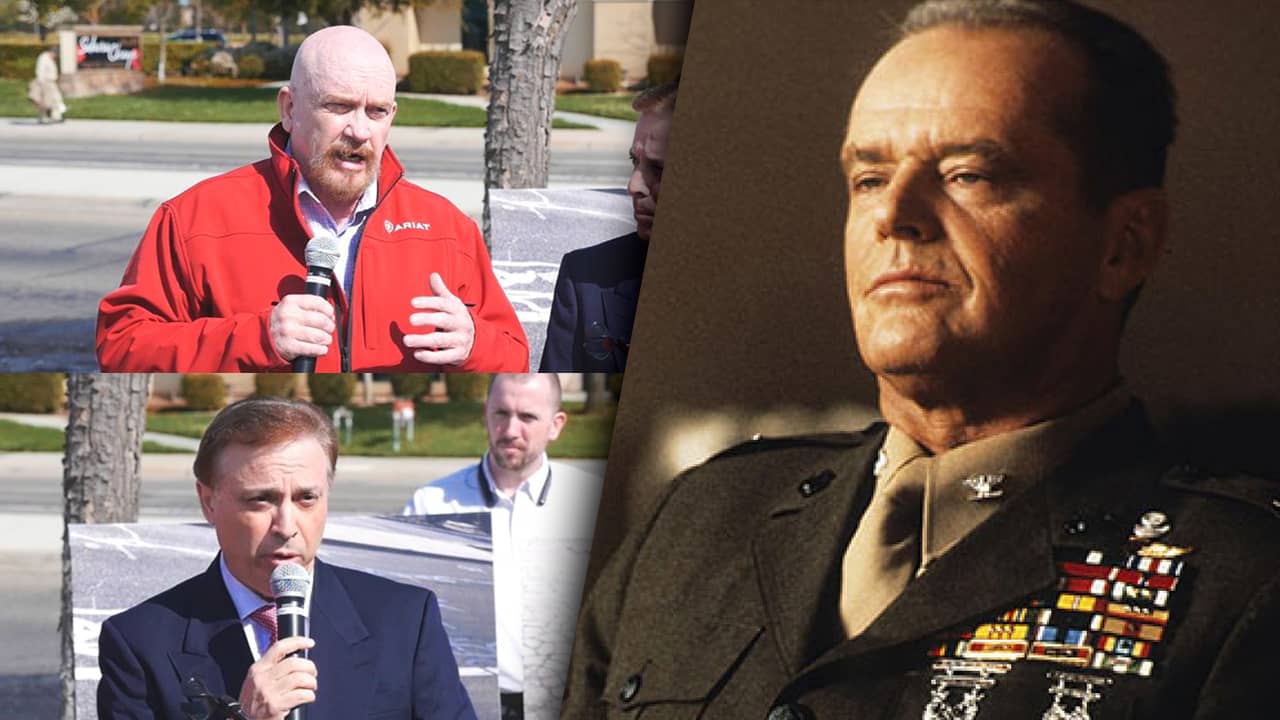 Can I just call in Jack Nicholson to give Steve Brandau and Garry Bredefeld the full “You Can’t Handle the Truth” treatment?
If anyone deserves a big-league butt-chewing from the fictional Col. Nathan Jessup, it’s the north Fresno councilmen who find themselves buffeted by the city’s newly liberal political winds.

Now that the shoe’s on the other foot and their progressive colleagues are calling the shots, Brandau and Bredefeld suddenly are all about equality and staunch opponents of class warfare.

Tell that to south Fresno residents who were abandoned long ago by a City Hall that pointed in one direction — north — and never much concerned itself with figuring out how to pay for parks, sidewalks, roads, sewers, and storm drains — in any part of town.
In the name of affordability (Hey, folks! Fresno is cheaper than everywhere else!) our city chewed through land with nary a look in the rear-view mirror. Meanwhile, Doc Buchanan had figured out that families would pay a lot more to live in a city (Clovis) with really good schools.

The Trump Economy is booming. The city budget is growing. Yet, the city’s roads are in worse shape than they were a decade ago.
Toss in Fresno’s long history of segregation and decades of failed Fresno Unified leadership and our once friendly farm town morphed into an urban economic train wreck.
“Is it right for us to make the citizens of north Fresno to pay for the sins of the past?” asked Brandau on Monday.
Well, if not north Fresno residents, then who, Steve-o?

That’s the problem with sins. It’s all fun and games until the Day of Atonement.
Fresno is staring into the mouth of a lion. Think about it. The city’s unemployment rate has been below double digits for nearly two years. The Trump Economy is booming. The city budget is growing.
Yet, the city’s roads are in worse shape than they were a decade ago. About $600 million in repairs are needed. Thanks to the state gas hike, Fresno has an extra $12 million this year and will get $9 million more annually over the next four years.
What we have here is progressives and conservatives locked up in a street fight for scraps of funding. Expect many more — over parks, hiring cops, and development.

No Vote for Brandau But Plenty of Theatrics

But this particular fight is over already.
Mayor Lee Brand pulled the rug on the lame-duck Brandau by delaying the vote on the spending plan a week.

It’s off to the Fresno County Board of Supervisors for Brandau, who spent his last weeks on the council trying to criminalize residents for giving a homeless person a bottle of water and muttering such inanities as “South Fresno already receives a crapload of money unavailable to north Fresno.”
As councilman Miguel Arias points out, while Brandau repeatedly cites $70 million in state Transformative Climate Communities funding coming to downtown, Chinatown, and southwest Fresno, he fails to mention the $139 million Veterans Boulevard project underway in northwest Fresno.
There’s a term for such an oversight: political amnesia.
Brandau exits thoroughly thrashed on his last two hot-button issues. Not that he cares. All the insults tossed at his colleagues achieved their intended purpose: feeding red meat to his conservative base. Probably his only regret is that he forgot to throw in a couple of “poverty pimps” for extra measure.

Brand, Progressives Will Work Out a Deal

Mayor Brand now has a week to do what he does best: pore through the numbers, consult with experts, hash out a compromise, and declare a “win-win” when it’s all over. Unlike Brandau and Bredefeld, the mayor is a realist and disinterested in feeding the social media beast.
Brand knows that the progressives, with Arias leading the charge, have the wind at their backs, are well-organized, and eager for public tussles. The mayor knows, too, that his path to re-election is making good on the promise he made in 2016: He, the kid who grew up on McKenzie Avenue in the rough part of town, will do what’s best for all of Fresno.
If not for November’s election results, Brand likely could’ve skated on that promise in 2020. But two of his endorsed candidates lost — Arias beating Tate Hill and Nelson Esparza clipping Brian Whelan — and the often ignored side of the city suddenly had City Hall clout.

Arias told me that he’s “95% confident” the councilmembers and the mayor will arrive at a satisfactory solution. In the best-case scenario, they’ll agree on the outline of a plan for future years, too.
But I will also remind Arias and others that the gas tax hike legislation included this clause: “Fairly distribute the economic impact of increased funding.” Meaning: Everybody who fills their gas tanks gets something.

If equality, not equity, between north and south Fresno is what Brandau, Bredefeld, and others want, they best be prepared to handle the truth.
Along with the arrival of more industrial plants, landfills, recycling centers, affordable housing projects, dirt paths, and liquor stores.

Walters: A Crackdown on Misuse of Taxpayer Money?