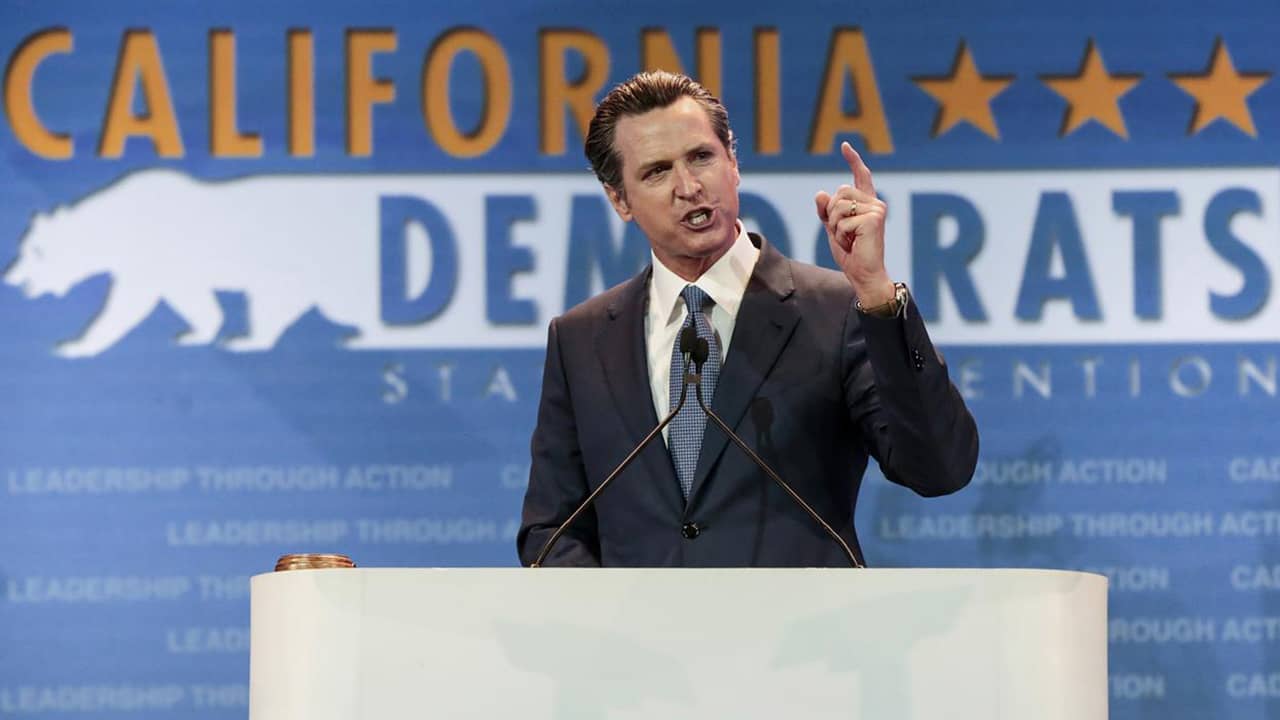 Gavin Newsom coasted into the governorship last year, defeating his Republican rival by more than a 3-2 margin.

It seems a little odd, therefore, that three months into his governorship, he enjoys only tepid popular support.

A new poll by the Public Policy Institute of California found that just 45 percent of all adults, and the same percentage of likely voters, approve of Newsom’s governorship so far.

It is surprising, however, that his fellow Democrats are less than fully enthusiastic, with 65 percent approval, or that just 35 percent of independents, most of whom lean Democratic, like the job he’s doing.

Overall, one could say, Californians are giving their new governor about a “C” – and that may be just about what he deserves.

A Bare Majority of Voters Approve of Scaling Back the Project

Newsom clearly yearns to make his mark with an almost dizzying barrage of pronouncements and proposals, but some have been misfires.

During his first State of the State speech, for example, he issued what turned out to be a very confusing appraisal of the state’s much-troubled high-speed rail project.

While praising it as an “ambitious vision,” Newsom then declared:

“But let’s be real. The project, as currently planned, would cost too much and take too long. There’s been too little oversight and not enough transparency, Right now, there simply isn’t a path to get from Sacramento to San Diego, let alone from San Francisco to LA.”

Related Story: Why Gavin Newsom Is No Fan of High-Speed Rail

He went on to say he wants to “complete a high-speed rail link between Merced and Bakersfield” that would tie into planned lower-speed rail into the Bay Area.

Clearly, he proposed to radically scale back what had been seen as a statewide system and it was reported as such, but then Newsom more or less backtracked and blamed the news media for misinterpreting his words.

The PPIC poll found that a bare majority of voters approve of scaling back the project, but there’s an obvious split between those who want it to be fully built and those who want complete abandonment.

A second miscue came when he said new regional housing quotas would be created and if local governments didn’t meet them “we’re going to take (transportation funds) from you,” referring to the state’s new gas tax.

The threat to withhold funds sparked an outcry not only from local officials but Newsom’s fellow Democrats in the Legislature, saying it undermined promises made to voters when a measure to repeal the tax was on the ballot last year.

Newsom was forced to scale back his proposal, saying it wouldn’t take effect until well into the next decade – but even in that form, it faces an uphill battle in the Legislature.

PPIC’s poll did find that by a 2-1 margin, voters prefer life imprisonment without parole for murderers, rather than the death penalty.

The new governor’s third big foray into untested political territory was his blanket reprieve for more than 700 residents of California’s death row.

He described it as a matter of morality, but last year, he and his campaign repeatedly pledged that despite his personal opposition to capital punishment, he would respect the wishes of voters, who twice in this decade rejected efforts to repeal the death penalty.

PPIC’s poll did find that by a 2-1 margin, voters prefer life imprisonment without parole for murderers, rather than the death penalty.

Does that mean they would repeal the death penalty as Newsom hopes? Not necessarily, because capital punishment advocates would graphically describe the sadistic crimes that landed so many killers on death row, and depict Newsom as their savior.

3 Reasons Why People Fall for Politicians’ Lies About Statistics