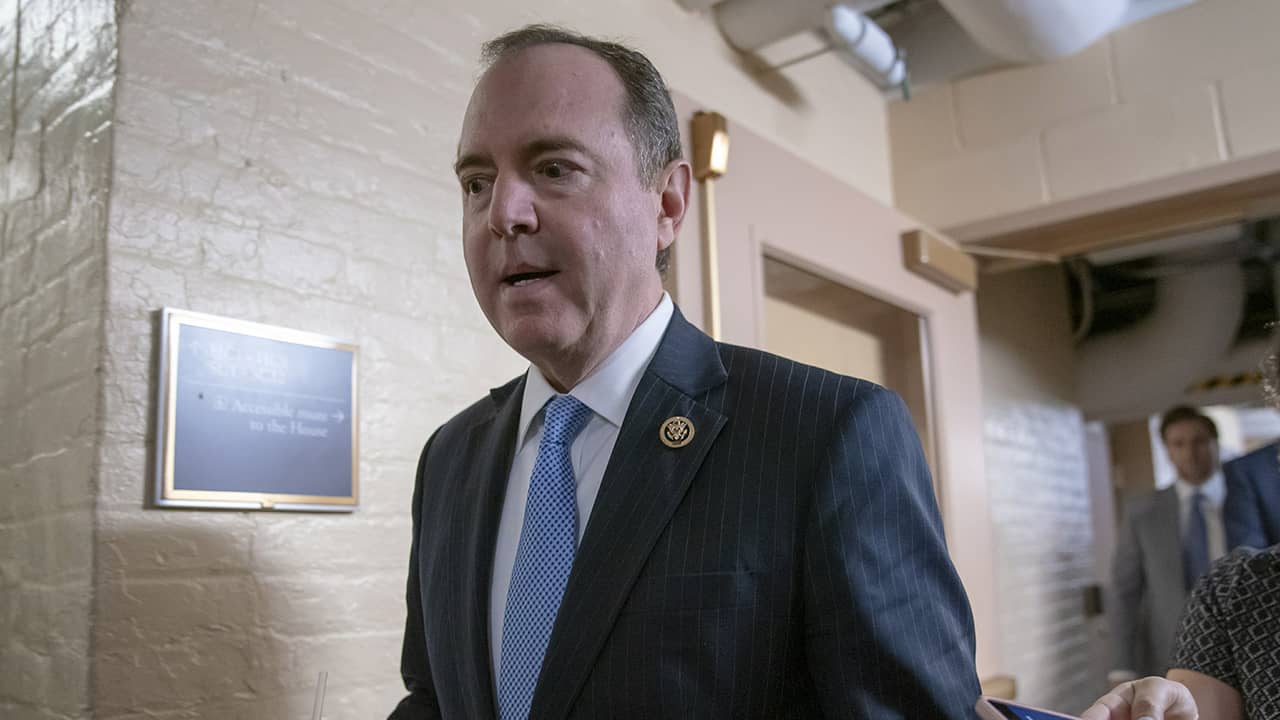 WASHINGTON — House Democrats barreled ahead with their oversight of the Trump administration on Thursday at a fiery Intelligence Committee hearing where Republicans formalized their demand that Chairman Adam Schiff resign his post over his comments that there was significant evidence the president and his associates conspired with Russia.

Republicans pointed to the four-page synopsis of special counsel Robert Mueller’s investigation, written and released Sunday by Attorney General William Barr, that said the probe found no evidence Donald Trump’s campaign “conspired or coordinated” with the Russian government to influence the 2016 presidential election.

“We have no faith in your ability to discharge your responsibilities” in line with the Constitution, the Republicans wrote to Schiff in a missive they read aloud at the hearing.

At times in his interviews about the Mueller investigation, Schiff came close to sounding like he believed Trump had broken the law, Republicans said.

Convening the session, Schiff angrily listed meetings among those in Trump’s circle with Russians and his apparent pursuit of a deal to build a Trump Tower in Moscow.

“There is a different word for that than collusion and it’s called compromise,” Schiff said, gaveling open proceedings on how Russia has in the past blackmailed Americans.

Outside the Hearing Room, the Main Battle Continued

Schiff this week has repeated his assertion that evidence of collusion is in “plain sight,” saying that Mueller’s failure to find a criminal conspiracy with Russia does not absolve the Trump campaign of its actions. House Speaker Nancy Pelosi has rebuffed the calls for his resignation as “ridiculous.”

“I would hope the attorney general would not be acting as a political operative for the president. The Department of Justice should not be involved in a cover-up of what’s actually in the report.” — Rep. Jamie Raskin

Outside the hearing room, the main battle continued over if and when Barr would release Mueller’s still-secret report and its underlying evidence amid Democratic concerns that what has been made public so far was tilted in Trump’s favor. Barr has said he’ll release at least a partial version in April.

Democrats warn that the longer it takes to release Mueller’s full findings, the more they will question the legitimacy of Barr’s actions.

“I would hope the attorney general would not be acting as a political operative for the president,” said Rep. Jamie Raskin, D-Md., a member of the Judiciary Committee. “The Department of Justice should not be involved in a cover-up of what’s actually in the report.”

Rep. Elijah Cummings, D-Md., the chairman of the House Oversight Committee, said Wednesday he was “disappointed” Barr would take weeks, not days, to release the report.

“The president has now an opportunity for weeks, it sounds like, to do these victory laps,” said Cummings, noting that Trump’s lawyer, Michael Cohen, is among those headed to jail as a result of the probe. “Cohen goes to jail, the president runs a victory lap.”

Trump Has Said He’s Fine With Releasing the Findings

Barr told the chairman of the Senate Judiciary Committee, Sen. Lindsey Graham, R-S.C., that he’s combing through Mueller’s report and removing classified, grand jury and other information in hopes of releasing it to Congress.

Graham told The Associated Press on Wednesday that he had dinner the previous evening with Barr, who said he is willing to testify before the committee after he sends Congress the report.

What’s clear, though, is that Barr will miss the Tuesday deadline set by six House committee chairmen to see the full confidential report and its underlying documents. They have suggested they may eventually need to subpoena it.

Judiciary Committee Chairman Jerry Nadler, D-N.Y., said he was “very concerned” Barr would not provide the material by the time set.

Nadler upped the oversight Wednesday by placing a call to Barr. Over 10 minutes, the chairman asked whether Barr would accede to Congress’ demand for the full report by Tuesday. Barr said no, according to Nadler.

Nadler asked if Barr would release a report to Congress without redactions. “He wouldn’t commit to that,” the congressman said. He also told reporters that Mueller’s report was “very substantial” but fewer than 1,000 pages.

Senate Majority Leader Mitch McConnell, R-Ky., who has urged caution so as not to “throw innocent people who’ve not been charged under the bus,” is blocking legislation to force the disclosure of the Mueller report.

‘People Are Going to Be Very Surprised’

Other Republicans, however, insisted on Congress being able to review it. “I want to see it all,” said Sen. Ted Cruz, R-Texas. “I think we should see the entire report.”

The top Republican on the Judiciary Committee, Rep. Doug Collins of Georgia, was confident a full picture of Mueller’s report would emerge.

“People are going to be very surprised. Barr is going to put out a lot of stuff.” — Rep. Doug Collins, top Republican on the Judiciary Committee

“People are going to be very surprised,” Collins said. “Barr is going to put out a lot of stuff.”

Beyond Mueller’s findings, House Democrats, including Schiff, are pursuing multiple investigations into the president’s political, business and personal dealings, as they press on with their oversight agenda. Part of their work is to determine if anyone sought leverage over Trump, his family or associates.

Those probes, including a push to release his tax returns, are not fully dependent on whether the report backs up Barr’s conclusion. By Barr’s account, Mueller made no finding on whether the president obstructed justice. Though Barr cleared Mueller of obstruction, the question is now in Congress’ hands.

Barr wants to make sure nothing is released that could compromise national security or intelligence sources and methods, Graham said. He said Barr also told him he wants to check with prosecutors who have cases associated with Mueller’s Russia investigation. Mueller had referred cases to other federal courts as part of his probe.