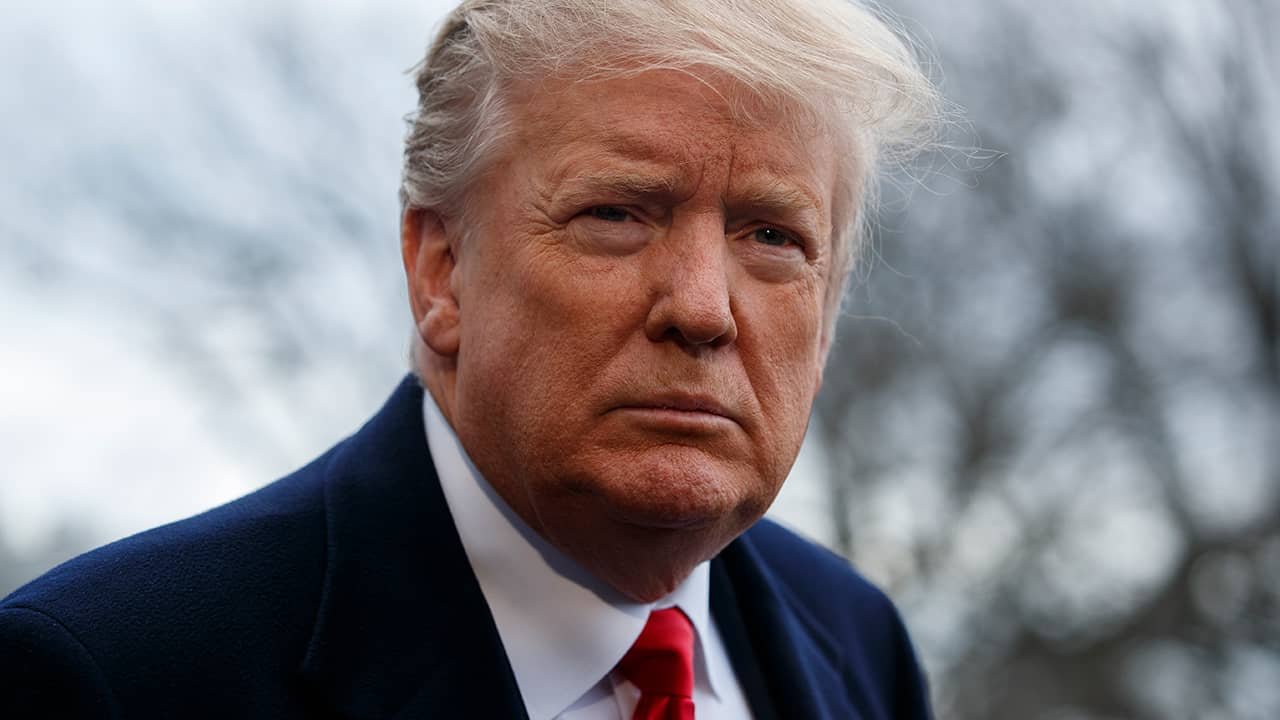 WASHINGTON — President Donald Trump headed to Capitol Hill for a victory lap Tuesday, emboldened by the end of the government’s Russia probe, even as Democrats continued to battle for release of special counsel Robert Mueller’s full report and intensified their focus on other issues including efforts to save the Affordable Care Act from a fresh administration attack.

Speaker Nancy Pelosi urged rank-and-file Democrats behind closed doors to “be calm” as they try to pivot from matters that have been mostly about Trump — the investigations and, earlier, the government shutdown — to the campaign promises that helped propel them to the House majority last fall. That means advocating for a robust policy agenda to improve health care and pay while conducting the oversight of the Trump administration many voters want.

“Let’s just get the goods,” Pelosi said, according to an aide in the room granted anonymity to discuss the private caucus meeting.

That advice was reinforced by former President Barack Obama, who counseled freshman Democrats at a reception Monday night.

Obama advised the newly elected lawmakers to listen to constituents — and also identify issues they feel so strongly about that they’d be willing to lose their House seats in fights over them, according to multiple people at the private party.

The former president recalled that as a state legislator he gave priority to his constituents, which helped keep his popularity high enough in Illinois that he could advocate for bold policy ideas.

The challenges for Democrats come as Trump has made clear he’s fired up to go on offense against those who propelled the narrative that he colluded with Russia to win the 2016 election.

Trump Has Promised to Go After Those Who Did ‘Evil’ Things

His private lunch with Senate Republicans was likely to offer a sample. Ahead of the meeting, he tweeted against the “Mainstream Media” as “corrupt and FAKE” for pushing the “Russian Collusion Delusion” in a preview of attacks on other opponents to come.

“I believe that the Mueller report has been done. That’s a chapter that’s closed. [Health care] is the number one thing on people’s minds.” — House Democratic Whip James Clyburn

He has promised to go after those who did “evil” things, perpetuating the collusion narrative.

Attorney General William Barr’s summary said the special counsel’s probe didn’t find collusion between the Trump campaign and the Russian government to tilt the 2016 presidential election. Mueller did not determine whether Trump obstructed justice in the investigation, but Barr and his team said no prosecution was warranted.

Trump allies, including Sen. Lindsey Graham, R-S.C., have encouraged him to use the political capital he’s now gained to accomplish policy goals. “Let’s go on about governing the country,” said Graham, who spent the weekend with the president in Florida.

Trump’s trip to Capitol Hill comes right after his administration said late Monday it would not defend the Affordable Care Act in a court challenge — and as the House Democrats, led by Pelosi, were unveiling a sweeping measure to rescue the program, also known as “Obamacare.”

The chairman of the intelligence committee, Rep. Adam Schiff, D-Calif., stood up at the closed-door meeting and told his colleagues the most important thing now is the work on the ACA, according to those in the room.

“I believe that the Mueller report has been done. That’s a chapter that’s closed,” House Democratic Whip James Clyburn said on CNN. Health care, he said, “is the number one thing on people’s minds.”

On the Trump-Russia track, Democrats pressed the Justice Department to provide the full report from Mueller, saying Barr’s four-page synopsis was insufficient. The Challenges for Democrats Ahead Are Clear

“The president is saying he’s been completely and totally exonerated by the report. The one sentence we’ve seen from the report says this is not an exoneration of the president.”

“The president is saying he’s been completely and totally exonerated by the report. The one sentence we’ve seen from the report says this is not an exoneration of the president.” — Rep. Jamie Raskin

Many Democrats say Barr is conflicted because of his views — expressed in a memo to the administration before becoming attorney general — that the president cannot be charged with obstruction since he oversees the Justice Department.

“You can’t move forward on a four-page memo,” said Rep. Karen Bass, D-Calif. “It’s hard for me to accept that as an objective opinion.”

But the challenges for Democrats ahead are clear, as they try to balance conducting oversight of the president without seeming to overreach, all while Trump goes on attack for the years they spent accusing him of collusion.

Trump said the release of Mueller’s full report “wouldn’t bother me at all,” and Democrats quickly put that statement to the test.

Six House Democratic committee chairmen wrote to Barr and asked to have Mueller’s full report by April 2. If not, they have suggested subpoenas could be issued.