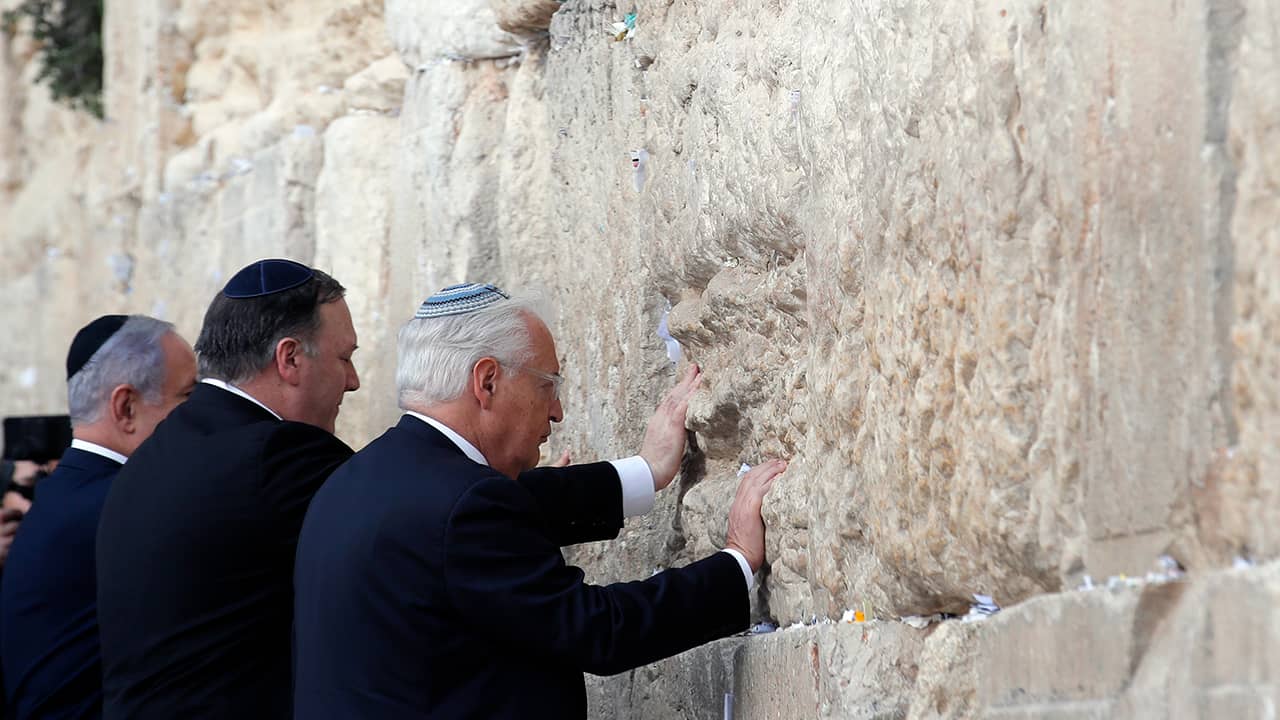 JERUSALEM — President Donald Trump said Thursday that it’s time for the United States to recognize Israel’s sovereignty over the disputed Golan Heights, an announcement that signals a shift in U.S. policy and comes ahead of the Israeli prime minister’s planned visit next week to the White House.

The administration has been considering recognizing Israel’s sovereignty over the Golan, which Israel captured from Syria in 1967. Last week, in its annual human rights report, the State Department dropped the phrase “Israeli-occupied” from the Golan Heights section, instead calling it “Israeli-controlled.”

“After 52 years it is time for the United States to fully recognize Israel’s Sovereignty over the Golan Heights, which is of critical strategic and security importance to the State of Israel and Regional Stability!” Trump tweeted.

Minutes later, Israeli Prime Minister Benjamin Netanyahu tweeted his appreciation. “At a time when Iran seeks to use Syria as a platform to destroy Israel, President Trump boldly recognizes Israeli sovereignty over the Golan Heights. Thank you President Trump!”

At a time when Iran seeks to use Syria as a platform to destroy Israel, President Trump boldly recognizes Israeli sovereignty over the Golan Heights. Thank you President Trump! @realDonaldTrump

In addition to its policies toward the Palestinians, the U.S. has taken a hard line toward Iran, much to Netanyahu’s delight.

Attempting to Set up a Terrorist Network

Trump’s announcement came as Secretary of State Mike Pompeo is in Jerusalem, lauding warm ties with Israel and promising to step up pressure on Iran. Pompeo’s words gave a public boost to the Israeli leader at the height of a tight re-election campaign. Netanyahu is to be in Washington for two days next week — two weeks before Israel’s April 9 ballot.

“You could imagine what would have happened if Israel were not in the Golan. You would have Iran on the shores of the Sea of Galilee.” — Israeli Prime Minister Benjamin Netanyahu

Standing together in Jerusalem Thursday, neither Netanyahu nor Pompeo mentioned the heated Israeli election campaign. But Netanyahu, facing a tough challenge from a popular former military chief and reeling from a series of corruption allegations, has repeatedly sought to focus attention on his foreign policy record and strong ties with Trump.

Pompeo has said his trip has nothing to do with politics.

Netanyahu thanked Pompeo for the Trump administration’s strong stance against Iran, which Israel regards as an existential threat.

Netanyahu has accused Iran of attempting to set up a terrorist network to target Israel from the Golan Heights, using the incident to repeat his goal of international recognition for Israel’s claim on the area.

“You could imagine what would have happened if Israel were not in the Golan,” he said. “You would have Iran on the shores of the Sea of Galilee.”

Pompeo paid a solemn visit Thursday to Jerusalem’s Western Wall along with Netanyahu in an apparent sign of support for Israel’s control of the contested city.

U.S. Secretary of State Mike Pompeo takes part in a wreath-laying ceremony commemorating the six million Jews killed by the Nazis in the Holocaust, in the Hall of Remembrance at Yad Vashem World Holocaust Remembrance Center in Jerusalem, Wednesday, March 21, 2019. (Jim Young/Pool Image via AP)

Pompeo Shows of Support for Israel

Pompeo is the highest-ranking American official to tour the holy site with any Israeli leader. His visit was likely to further infuriate the Palestinians, who already have severed ties with the U.S. over its Jerusalem policies.

“I think it’s symbolic that a senior American official go there with a prime minister of Israel. It’s a place that’s important to many faiths and I’m looking forward to it. I think it will be very special.” — Secretary of State Mike Pompeo

Pompeo and Netanyahu prayed at the wall, the holiest site where Jews can pray, before depositing written prayers in its crevices and then touring nearby tunnels and synagogue. Neither made any public comment at the site.

The secretary said he thought it was important to visit the wall with the Israeli leader as a show of support for Israel.

“I think it’s symbolic that a senior American official go there with a prime minister of Israel,” he said before making the trip. “It’s a place that’s important to many faiths and I’m looking forward to it. I think it will be very special.”

Israel captured east Jerusalem and the Old City in the 1967 Mideast war, and for decades, U.S. officials refrained from visiting the Western Wall with Israeli leaders to avoid the appearance of recognizing Israeli sovereignty over the city’s most sensitive holy sites. The Palestinians seek east Jerusalem as the capital of a future state.

But the Trump administration has upended the longstanding policy, moving the U.S. Embassy to Jerusalem last year after recognizing the city as Israel’s capital. Israel claims all of Jerusalem as its eternal and indivisible capital.

The Heart of the Israeli-Palestinian Conflict

Senior U.S. officials, including Trump and numerous predecessors, have visited the wall privately in the past, but never with an Israeli leader.

The Old City is home to Jerusalem’s most sensitive holy sites, including the Western Wall and the Church of the Holy Sepulcher, where tradition says Jesus was entombed and resurrected. Pompeo, a devout Christian, also stopped at the church.

Next to the Western Wall is a hilltop compound revered by Jews as the Temple Mount and by Muslims as the Noble Sanctuary. The spot, which once housed the biblical Temples, is the holiest site in Judaism and today is home to the Al-Aqsa Mosque, the third-holiest site in Islam.

The competing claims to the site are a frequent source of tension and lie at the heart of the Israeli-Palestinian conflict.

When Trump recognized Jerusalem as Israel’s capital, he said it did not determine the city’s final borders. But the gesture was perceived as unfairly siding with Israel and prompted the Palestinians to sever ties with the U.S. The Palestinians already have rejected a planned Mideast peace initiative by the administration.

Cutting Hundreds of Millions of Dollars in Aid to the Palestinians

Nabil Abu Rudeineh, spokesman for Palestinian President Mahmoud Abbas, said Pompeo’s visit added additional obstacles to peace hopes. “While they are claiming to be trying to solve the conflict, such acts only make it more difficult to resolve,” he said.

While previous secretaries of state have traditionally met with the Palestinians when visiting the region, Pompeo has no such talks planned.

“The Israelis and Palestinians live side-by-side. We need to help them figure out how to do that,” Pompeo said. “It’s a fact, and this administration wishes well for the Palestinian people.”

In addition to the Jerusalem recognition, the administration also has cut hundreds of millions of dollars in aid to the Palestinians, helping fuel a financial crisis for Abbas’ Palestinian Authority.

At a meeting with Pompeo, Israel’s President Reuven Rivlin expressed his deep concern about the Palestinians, both in the Hamas-ruled Gaza Strip and under the internationally backed Palestinian Authority in the West Bank.

“If the Palestinian Authority will collapse, we will have to take care about what is going on,” he said.