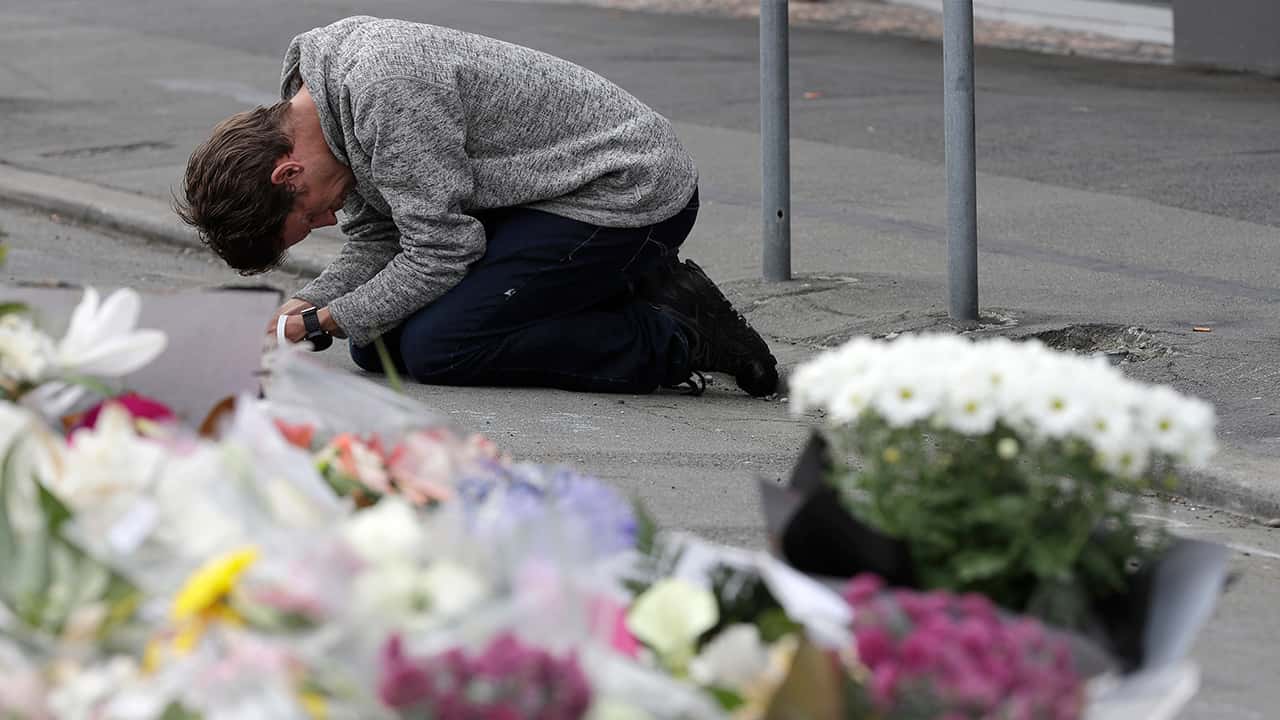 CHRISTCHURCH, New Zealand — He took away New Zealand’s innocence, along with 50 precious lives. And in exchange, the country’s prime minister vowed to take away the one thing the gunman so clearly craves: fame.

In a passionate speech laced with steely resolve, Prime Minister Jacinda Ardern on Tuesday urged her wounded nation to remember the victims slain in last week’s attacks on two mosques but to never speak the name of the white supremacist responsible.

“He is a terrorist. He is a criminal. He is an extremist. But he will, when I speak, be nameless.” — Prime Minister Jacinda Ardern

“He is a terrorist. He is a criminal. He is an extremist. But he will, when I speak, be nameless,” Ardern said in an address to Parliament.

“He may have sought notoriety, but we in New Zealand will give him nothing — not even his name.”

Ardern’s comments came after the Australian man accused of carrying out the attacks dismissed his lawyer, opting instead to represent himself. That has raised concerns he will use the trial as a platform for his racist views.

Speaking to reporters earlier in the day, Ardern said she would do everything possible to ensure that the gunman was denied any chance to lift his profile. But she demurred when asked whether she wanted the trial to occur behind closed doors, saying that was not her decision to make.

The Shooter’s Desire for Attention Was Made Clear

The shooter’s desire for attention was made clear in a manifesto sent to Ardern’s office and others minutes before Friday’s massacre and by his livestreamed footage of his attack on the Al Noor mosque.

The video prompted widespread revulsion and condemnation. Facebook said it removed 1.5 million versions of the video during the first 24 hours, but Ardern expressed frustration that the footage remained online, four days later.

Related Story: ‘We Are Here in a Time of Pain.’ Local Reaction to Mosque Attacks

“We have been in contact with Facebook; they have given us updates on their efforts to have it removed, but as I say, it’s our view that it cannot — should not — be distributed, available, able to be viewed,” she said. “It is horrendous and while they’ve given us those assurances, ultimately the responsibility does sit with them.”

Arden said she had received “some communication” from Facebook’s Chief Operating Officer Sheryl Sandberg on the issue. The prime minister has also spoken with British Prime Minister Theresa May about the importance of a global effort to clamp down on the distribution of such material.

Lawyer Richard Peters, who was assigned to represent Brenton Harrison Tarrant at his initial court appearance on Saturday, told the New Zealand Herald that Tarrant dismissed him that day. A girl walk to lay flowers on a wall at the Botanical Gardens in Christchurch, New Zealand, Sunday, March 17, 2019. New Zealand’s stricken residents reached out to Muslims in their neighborhoods and around the country on Saturday, in a fierce determination to show kindness to a community in pain as a 28-year-old white supremacist stood silently before a judge, accused in mass shootings at two mosques that left dozens of people dead. (AP Photo/Vincent Thian)

Tarrant Didn’t Say Why He Wanted to Represent Himself

A judge ordered Tarrant to return to New Zealand’s High Court on April 5 for his next hearing on one count of murder, though he is expected to face additional charges. The 28-year-old Australian is being held in isolation in a Christchurch jail.

“He seemed quite clear and lucid, whereas this may seem like very irrational behavior,” Peters told the newspaper. “He didn’t appear to me to be facing any challenges or mental impairment, other than holding fairly extreme views.”

“He seemed quite clear and lucid, whereas this may seem like very irrational behavior. He didn’t appear to me to be facing any challenges or mental impairment, other than holding fairly extreme views.” — Lawyer Richard Peters

Peters did not return a call from The Associated Press.

Peters told the paper that Tarrant didn’t tell him why he wanted to represent himself. He said a judge could order a lawyer to assist Tarrant at a trial, but that Tarrant would likely be unsuccessful in trying to use it as a platform to put forward any extremist views.

Under New Zealand law, a trial is “to determine innocence or guilt,” Peters said. “The court is not going to be very sympathetic to him if he wants to use the trial to express his own views.”

Relatives of the dead have been anxiously awaiting word on when they can bury their loved ones. On Tuesday, police said they had completed autopsies on all 50 victims and had formally identified 12 of them. Six of the bodies have been returned to their families.

Islamic tradition calls for bodies to be cleansed and buried as soon as possible. Ardern has said authorities hope to release all the bodies by Wednesday and police said authorities are working with pathologists and coroners to complete the task as soon as they can.

“While identification may seem straightforward, the reality is much more complex, particularly in a situation like this,” police said in a statement. “Our absolute priority is to get this right and ensure that no mistakes are made.”

A Country That Prides Itself on Being Open, Peaceful and Diverse

Ardern previously has said her Cabinet had agreed in principle to tighten gun restrictions in New Zealand and those reforms would be announced next week. She also had announced an inquiry into the intelligence and security services’ failures to detect the risk from the attacker or his plans. There have been concerns intelligence agencies were overly focused on the Muslim community in detecting and preventing security risks.

New Zealand’s international spy agency, the Government Communications Security Bureau, confirmed it had not received any relevant information or intelligence before the shootings.

In Parliament, Ardern said there are justified questions and anger about how the attack could have occurred in a country that prides itself on being open, peaceful and diverse.

“There are many questions that need to be answered and the assurance that I give you is that they will be,” she said. “We will examine what we did know, could have known or should have known. We cannot allow this to happen again.”

Ardern also used her address to highlight the bravery of Naeem Rashid, originally from Pakistan, who died after rushing at the gunman and trying to disarm him. And she cited the heroism of Abdul Aziz, who ran toward the attacker screaming and threw a hand-held credit card machine at him, hoping to distract him. Aziz’s actions are believed to have saved many lives at the Linwood mosque, where seven of the 50 victims were killed.

Meanwhile, Christchurch was beginning to return to a semblance of normalcy Tuesday. Near the hospital where victims were treated, streets reopened to traffic after being closed for four days as relatives and friends of the victims continued to stream in from around the world. Linwood mosque shooting survivor Elliot Dawson, right, and a friend Shay Kenny hold a sign at a intersection near the mosque in Christchurch, New Zealand, Sunday, March 17, 2019. The live-streamed attack by an immigrant-hating white nationalist killed dozens of people as they gathered for weekly prayers in Christchurch on Friday, March 17. (AP Photo/Mark Baker)

A Mountain of Flowers Has Grown by the Day

“I’m very happy. I’m wearing white. We normally wear black. But he is a hero and I am proud of him.” — Janna Ezat

Sheik Taj El-Din Hilaly, of Sydney, traveled to Christchurch to attend or lead some of the funerals. Through a translator, he said he felt compelled to support the grieving. A nationwide lockdown on mosques was imposed until Monday, which Hilaly said had upset Muslims whom he had visited in Auckland. Police continue to guard mosques across the country.

Residents of this close-knit city have created makeshift memorials near the two targeted mosques and at the botanical gardens, where a mountain of flowers has grown by the day.

Janna Ezat, whose son, Hussein Al-Umari, was killed in the Al Noor mosque, visited the memorial at the gardens and became overwhelmed by the outpouring of love. She knelt amid the flowers and wept, grabbing at daisies and lilies as though she might find her boy in them.

Ezat is comforted by reports that Hussein confronted the killer, charging at him after surviving the first spray of bullets.

“I’m very happy. I’m wearing white. We normally wear black,” she said. “But he is a hero and I am proud of him.”