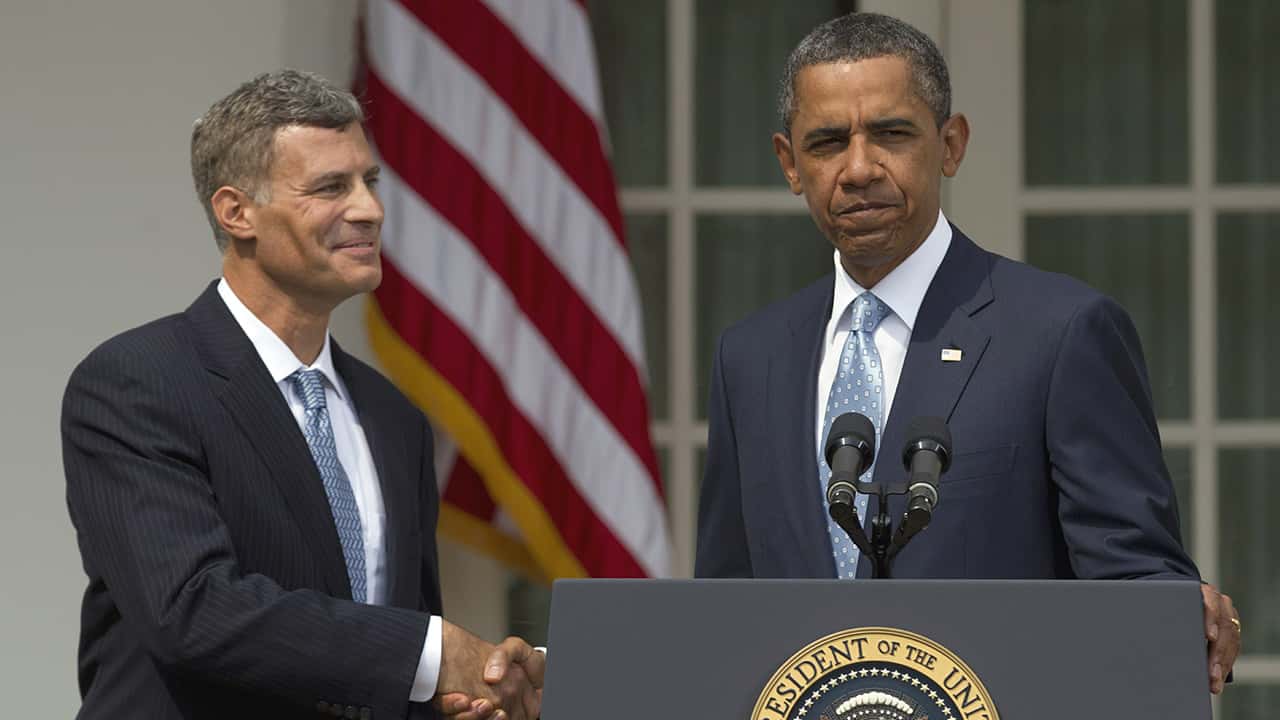 Alan Krueger, a groundbreaking Princeton University economist who served as a top adviser in two Democratic administrations and was an authority on the labor market, has died, according to a statement from the university Monday.

“He helped us return the economy to growth and sustained job creation, to bring down the deficit in a responsible way and to set the stage for wages to rise again.” — Barack Obama

The economist took his own life during the weekend, according to a separate statement from Krueger’s family that the university released. He is survived by his wife, Lisa, and two adult children, Benjamin and Sydney.

Krueger, 58, devoted much of his research to the job market and, in particular, to the impact of a minimum wage. His work concluded that a higher minimum wage did not generally slow hiring as many conservative critics have argued.

After serving as a Labor Department economist under President Bill Clinton, Krueger worked for President Barack Obama as a top Treasury official and then as chairman of the Council of Economic Advisers from 2011 to 2013.

In a statement, Obama credited Krueger with helping revive the U.S. economy after the devastating 2008 financial crisis.

“He spent the first two years of my administration helping to engineer our response to the worst financial crisis in 80 years and to successfully prevent the chaos from spiraling into a second Great Depression,” Obama said. “He helped us return the economy to growth and sustained job creation, to bring down the deficit in a responsible way and to set the stage for wages to rise again.”

From Terrorism to the Music Industry

Cecilia Rouse, dean of Princeton’s Woodrow Wilson School for Public Policy and International Affairs, said she first met Krueger during the 1980s when she was a student at Harvard University and he was a graduate student there.

“He was incredibly creative, dedicated and prolific,” Rouse said. “He couldn’t have been a better friend or mentor. It’s a loss for economics and public policy.”

Krueger had been teaching at Princeton since 1987. His research extended to such issues as economic inequality and the consequences of opioid addiction for the job market.

He also applied his economic work to some unconventional areas, from terrorism to the music industry. Krueger found, for example, a surging wealth gap within pop music. In a 2005 paper, he illustrated how a rising share of concert revenue was flowing to a narrow top sliver of recording artists. Krueger went on to write a book about economics and the music industry, “Rockonomics,” that is set to be published in June.

While serving under Obama, Krueger developed and popularized the concept of the “Great Gatsby Curve.” It showed that high economic inequality corresponds with low economic mobility on a generation-to-generation basis. In short, it meant that when economic disparities between the rich and everyone else are wide, people’s ability to improve their financial health depends even more heavily on their parents’ economic status.

The curve was named after F. Scott Fitzgerald’s iconic literary character Jay Gatsby, who rose from being a poor Midwestern boy to a wealthy bootlegger.

Admired in Both Economic and Political Circles

But Krueger was perhaps best-known for his research on the minimum wage with David Card. Their 1993 paper found that a rise in New Jersey’s minimum wage had had no effect on employment in the state’s fast food sector compared with the same sector just across the state line in Pennsylvania.

“Alan has been my friend and colleague for over 20 years — and one of the very most consequential economists of our generation. His path-breaking work on minimum wage was only one of many ways he used his genius for the good of all.” — Gene Sperling, who worked with Krueger in the Obama administration

Widely admired in both economic and political circles, Krueger was known as an avid tennis player and for frequently taking time to discuss the nuances of public policy with reporters.

Gene Sperling, who worked with Krueger in the Obama administration as the director of the National Economic Council, tweeted Monday that he was, “Just shocked, just stunned, so, so saddened.”

“Alan has been my friend and colleague for over 20 years — and one of the very most consequential economists of our generation,” Sperling said. “His path-breaking work on minimum wage was only one of many ways he used his genius for the good of all.”

In his statement, Obama said of Krueger:

“He had a perpetual smile and a gentle spirit — even when he was correcting you. That’s what made him Alan a fundamentally good and decent man.”