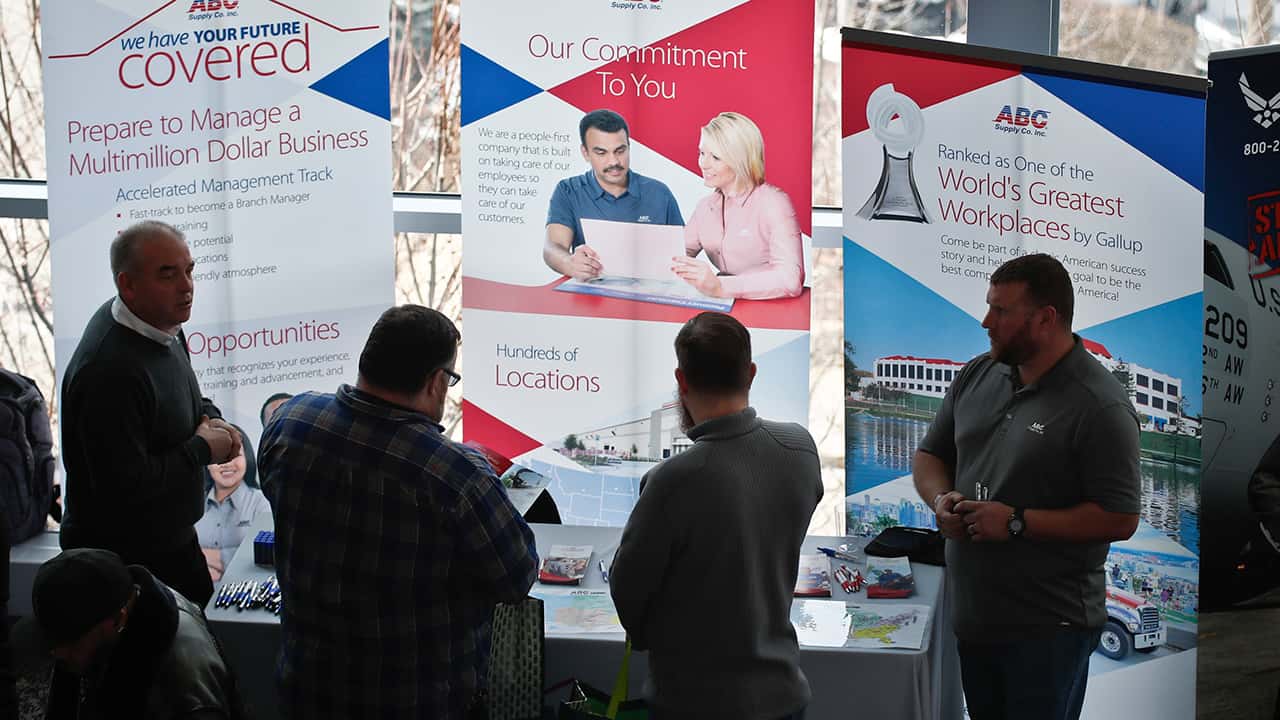 WASHINGTON — U.S. employers posted nearly 7.6 million open jobs in January, near a record high set in November, evidence that businesses are still hungry for workers despite signs the economy has slowed.

“The question now is, will workers be increasingly tempted to switch to new jobs or will their current employers raise wages to keep them?” — Nick Bunker, economist at Indeed

The Labor Department said Friday that hiring also rose and the number of people quitting their jobs picked up. Quits are a sign of a healthy economy, because people typically leave a job for another, usually higher-paying, one.

The tally of available jobs now outnumbers the unemployed by roughly 1 million. Openings began to outpace the unemployed last spring, for the first time in the 18 years the data has been tracked.

“The question now is, will workers be increasingly tempted to switch to new jobs or will their current employers raise wages to keep them?” said Nick Bunker, an economist at job listings website Indeed.

The strong job market is already pushing up wages more quickly, with hourly wages rising in February at the fastest pace in nine years.

The report, known as the Job Openings and Labor Turnover survey, or JOLTS, also showed that layoffs declined, a reassuring sign that employers weren’t spooked by the government shutdown, which ended Jan. 25, or the sharp drop in the stock market in December.

Many Economists Forecast Growth Could Fall

Nearly 3.5 million people quit their jobs in January, up 2.9 percent from the previous month. That could force employers to pay more to prevent their workers from quitting.

“The high quit rate is the major source of upward wage pressure, because high turnover costs are a strong motivator for employers to raise wages to retain their top talent,” said Julia Pollak, labor economist at ZipRecruiter.

The economy grew at a healthy clip last year of 2.9 percent, the fastest pace in four years. But trade tensions with China, slowing global growth and signs of caution among consumers have weighed on the economy early this year. Many economists forecast growth could fall below 1 percent in the first quarter.

Openings have fallen slightly to 7.58 million since the record high of 7.63 million in November. The data was sharply revised this month to show that there were more open jobs late last year. Before the revisions, the record had been 7.3 million openings in January.

Mexico Launches Plan to Consult Mexicans Living in the US