'We Are Here in a Time of Pain.' Local Reaction to Mosque Attacks 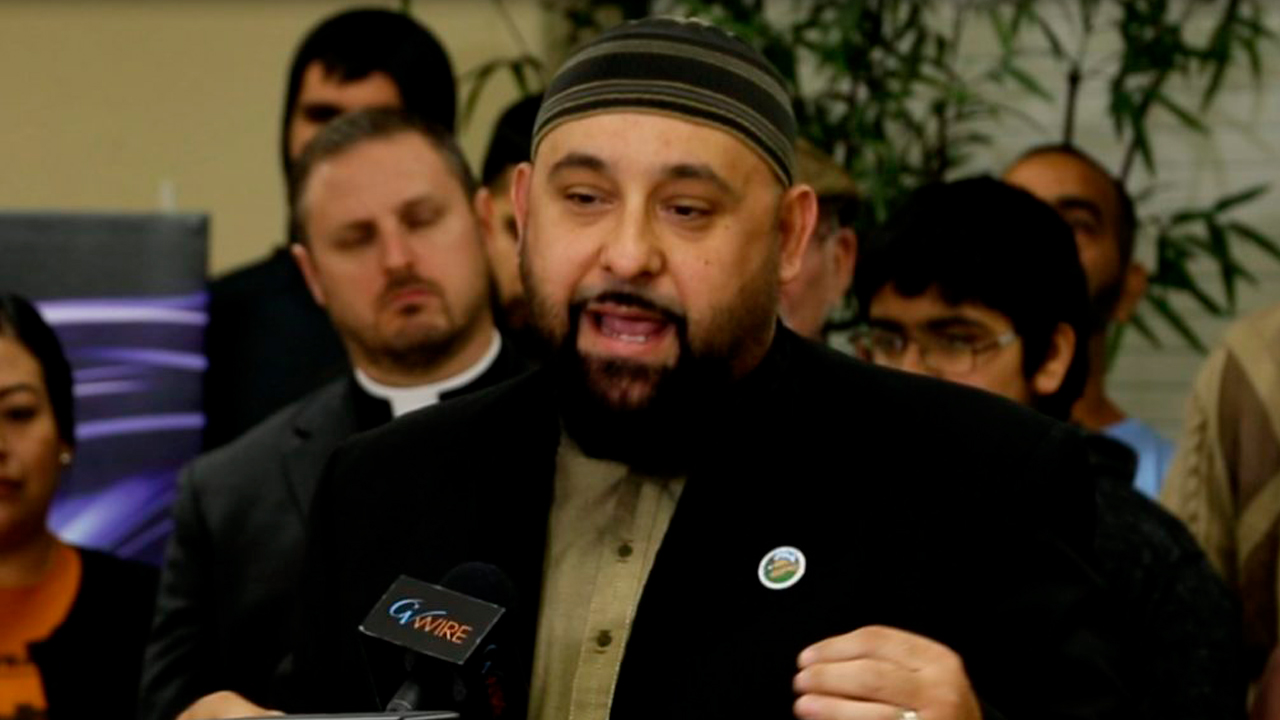 The interfaith community gathered at an Islamic community center for a news conference to show solidarity with Muslims in the wake of an international tragedy.

Click on the video above to see and hear from the leaders.

Thabet Anani, program director with My Deen, a Muslim community organization in Fresno, worried about the repercussions.

“It felt like it could happen here at any moment. And, it did create worry and concern in my heart toward my community as well,” Anani said.

Anani spoke while a dozen or so leaders representing a multitude of faiths stood behind him at My Deen in northeast Fresno. The hastily organized event was sponsored by the Council on American-Islamic Relations Sacramento Valley/Central California.

Like many Muslim groups in the wake of the attacks in New Zealand, My Deen plans to increase security. “There are beautiful words in all of our religious traditions, but none of that is nearly as powerful as a hug.” — Rabbi Rick Winer

The Fresno religious community, including Muslim leaders, reached out to Winer last year after a massacre at a synagogue in Pittsburgh and alleged vandalism at Temple Beth Israel.

“Unfortunately, it is time for us to be there for them. There are beautiful words in all of our religious traditions, but none of that is nearly as powerful as a hug,” Winer said. “Several of us will be checking in with the local community in person because we know what it feels like. It feels good to have friends in times like this.”

He added that this was another unfortunate but not unexpected tragedy.

“I am not surprised, however, I am horrified. Our hearts go out to our friends to the Muslim community,” Winer said.

Rev. Akiko Miyake-Stoner, with the United Japanese Christian Church in Clovis, noted how her parishioners felt the sting of racism in the past.

“Our community has also known the pain of discrimination, and we stand in love and support and solidarity with all of you,” she said.

Fresno interfaith leaders gather at My Deen in support of Muslims following the mosque attacks that killed at least 49 people in New Zealand. (GV Wire)

Reza Nekumanesh of the Islamic Cultural Center of Fresno delivered perhaps the most impassioned plea.

He called out complacency.

Work of the Devil

News of the slaughter in New Zealand shocked Pastor Jim Franklin of Cornerstone Church in Fresno, who was not at the news conference but spoke with GV Wire beforehand.

“I know this is not coming from God. I know this comes definitely from the enemy, the devil. And, that’s from a spiritual standpoint — the darkness that has invaded so much of world. We have to repel that with the truth.” — Pastor Jim Franklin

“This was unbelievable to see this attack on people of faith. There is never any excuse for this,” Franklin said. “We got to renounce this in every way … it’s happening too much.”

Franklin said such actions are antithetical to the Christian faith.

“I know this is not coming from God. I know this comes definitely from the enemy, the devil. And, that’s from a spiritual standpoint — the darkness that has invaded so much of world. We have to repel that with the truth.”

Two Years of Free Community College? It’s in the Hopper.