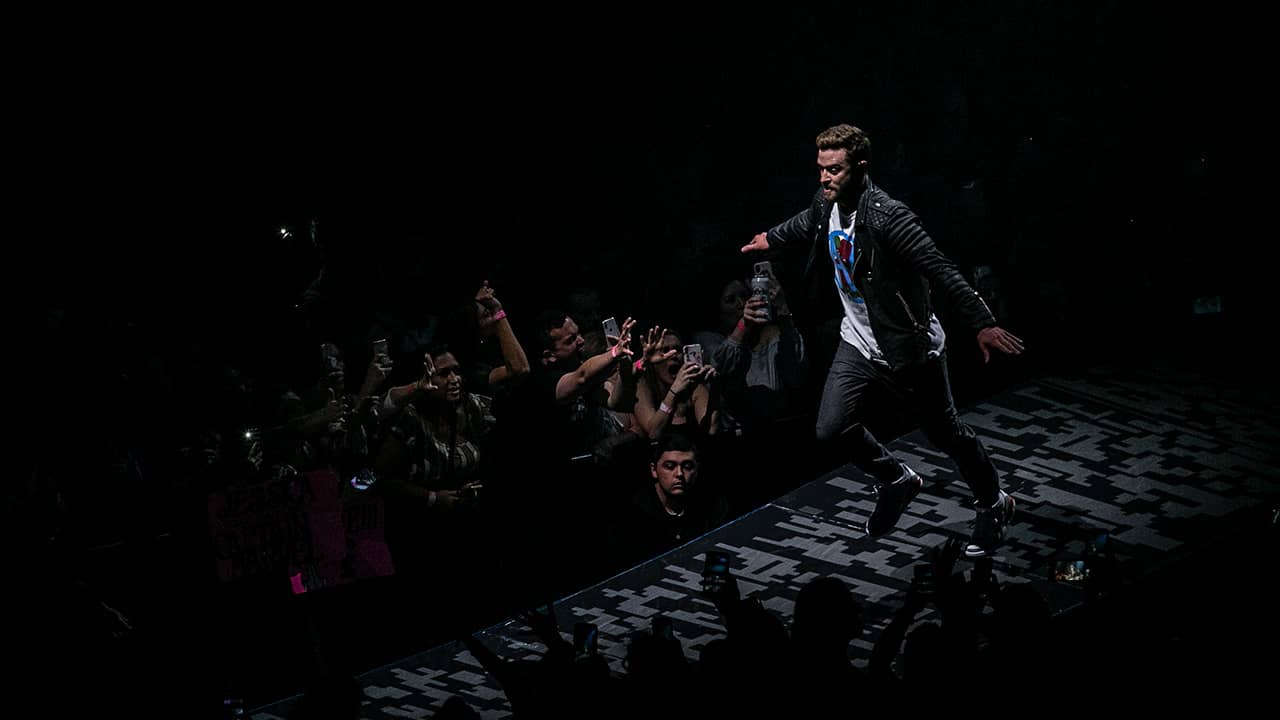 Justin Timberlake brought it to the Save Mart Center Wednesday night.

And the capacity crowd, including many thirtysomething women on a girl’s night out, enjoyed what he brought.

Timberlake danced. He sang. He even played the piano and guitar and pressed buttons on a synthesizer machine.

But, did he bring it all?

Thousands of screaming fans can’t be wrong, but something seemed … off.

Timberlake’s show was a make-good for missing a date last December, scratched because of bruised vocal cords. He last played in Fresno in 2007.

I get it that as a pop singer, the concert will feature pre-recorded background vocals blasting from the sound system. But, did Timberlake have to be so obvious about it? Justin’s voice echoed in the background whether his mic was near his lips, or if his lips even moved.

And the wardrobe. Shouldn’t JT wear a suit and tie and singing “Suit & Tie?” He only made one wardrobe change during the show, with both outfits a simple t-shirt, jeans, jacket combo. Instead of being a man of fashion, he looked like an everyday mall rat.

The “Man of the Woods Tour” featured a walkway stage snaking all the way from the front of the arena to the back. Timberlake and his entourage of dancers, and musicians performed a majority of songs along the tree-lined rampways.

The setup included no seats on the floor, just standing room only, with actual bars along the stage in the VIP section. Of course, JT danced on top of those bars delighting the VIP crowd eager to get closer to the icon.

Timberlake showed he was more than just a singer/dancer by strumming the guitar for a bluesy “Drink You Away.”

Afterward, JT and the crew retreated backstage for wardrobe changes. In the meantime, the audience saw an artsy video about relationships, in which a cohesive storyline in the mini-movie was absent.

The show’s second half began with a skit simulating a campfire, with Timberlake playing “Until the End of Time” on his guitar.

The remainder of the show was mostly dancing, with JT leading the choreography. The 38-year old played his hits, closing the show with “Can’t Stop the Feeling!”

Jussie Smollett Pleads Not Guilty to Lying About Attack

Addition of Antonio Brown ‘Changed Everything’ for Raiders