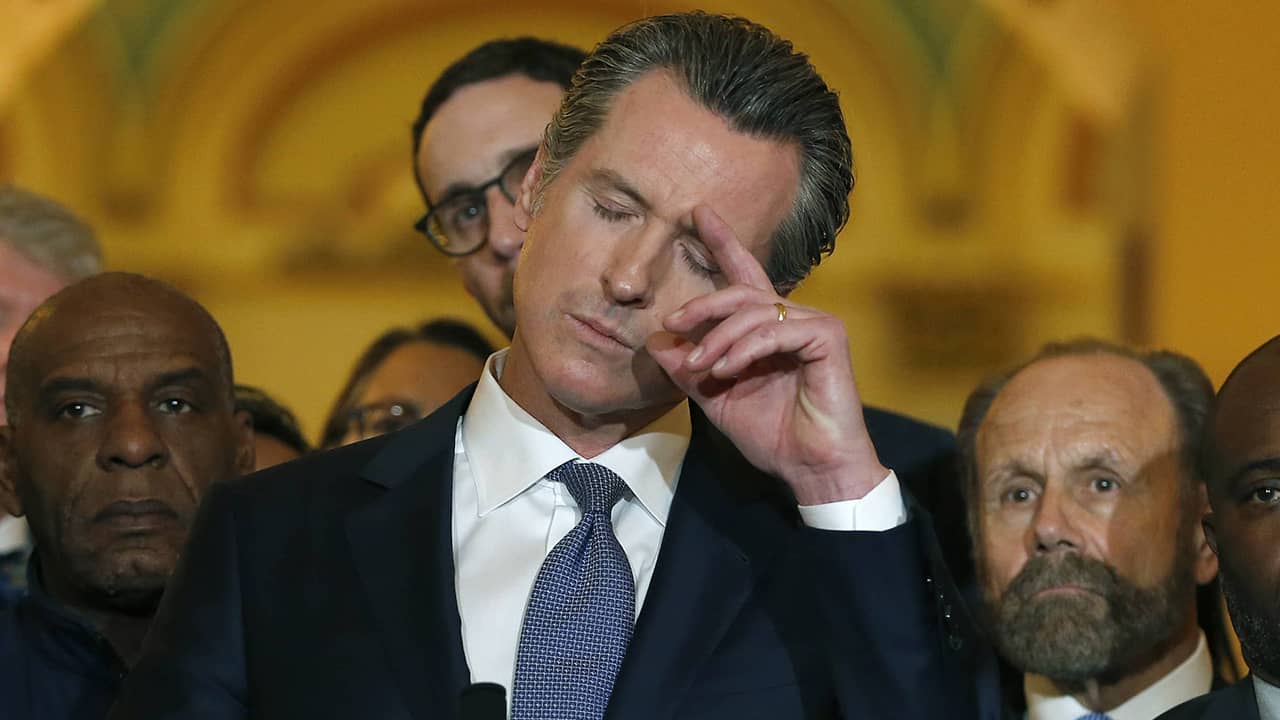 SACRAMENTO — Gov. Gavin Newsom not only put a moratorium on executions in California on Wednesday, he said he also may commute death sentences and is pushing to repeal capital punishment.

Newsom signed an executive order granting reprieves to all 737 condemned inmates on the nation’s largest death row. That means no executions while he’s governor.

“I cannot sign off on executing hundreds and hundreds of human beings, knowing — knowing — that among them will be innocent human beings.” — Gov. Gavin Newsom

He was backed by fellow Democratic lawmakers who introduced a ballot measure that would repeal the death penalty next year by putting the politically perilous issue before voters for the third time in eight years. Voters supported capital punishment in 2012 and 2016, when they voted to speed up executions by shortening appeals.

“I cannot sign off on executing hundreds and hundreds of human beings, knowing — knowing — that among them will be innocent human beings,” Newsom said, citing examples of condemned inmates who were ultimately exonerated. California would have to execute one inmate each day for more than two years to empty death row, he noted.

Critics accused Newsom of usurping voters’ will. One Republican lawmaker said Newsom broke the trust of those who elected him in November, and a prominent victims’ rights law firm suggested a court challenge and possible competing ballot measure that would restrict governors’ rights to grant reprieves.

“Friends and families of the always forgotten VICTIMS are not thrilled, and neither am I!” tweeted President Donald Trump. In this March 13, 2019, handout provided by the California Department of Corrections and Rehabilitation a death penalty chamber chair is carried to a truck at San Quentin State Prison, in San Quentin, Calif. Gov. Gavin Newsom signed an executive order, Wednesday, placing a moratorium on the death penalty. (California Department of Corrections and Rehabilitation via AP)

Although California has executed no one since 2006, Newsom said he acted as executions potentially neared for 25 inmates who have exhausted their appeals and as court challenges to the state’s new lethal injection process potentially neared their end.

He rescinded those execution regulations and shuttered the state’s never-used $853,000 execution chamber. Prison officials symbolically removed execution equipment from the chamber on Wednesday, releasing photos and video as proof it was dismantled.

“It’s a very emotional place that I stand,” he said. “This is about who I am as a human being, this is about what I can or cannot do. To me this is the right thing to do.”

A California governor needs Supreme Court approval to pardon or commute the sentence of anyone twice convicted of a felony, a restriction that applies to more than half of condemned inmates.

Today, we took historic action to stop the death penalty in California. pic.twitter.com/4FmGmPbvAN

Levine said he drove by San Quentin State Prison’s death row on his way to Sacramento Wednesday, thinking “This is a new day for California, a new day for justice.”

“Newsom’s decision ignores victims in favor of some criminals who are so depraved, who have committed such heinous crimes … that they deserve the ultimate punishment.” — Democratic Assemblyman Thomas Umberg

But while six senators and 17 assembly members are supporting Levine’s proposed constitutional ban on executions, that’s a long way from the 27 Senate and 54 Assembly votes required to put the measure on the 2020 ballot.

Democrats control the necessary votes in both chambers, but are not monolithic on the topic. Democratic Assemblyman Thomas Umberg of Santa Ana, a former federal prosecutor, said Newsom’s decision ignores victims in favor of “some criminals who are so depraved, who have committed such heinous crimes … that they deserve the ultimate punishment.”

Lawmakers have until June 2020 to put the measure on the fall ballot and will take that time to build support among voters and lawmakers, said Levine spokesman Terry Schanz. A closed sign is placed on the door leading to the gas chamber at San Quentin State Prison, in San Quentin. (California Department of Corrections and Rehabilitation via AP)

Stanislaus County District Attorney Birgit Fladager, president of the California District Attorneys Association, said the association will also fight the proposed constitutional amendment banning a punishment she said is used “only against the very worst murderers.”

Opponents Could Propose a Constitutional Amendment

Newsom has the constitutional power to unilaterally grant reprieves, as he did Wednesday, said Kent Scheidegger, legal director of the Criminal Justice Legal Foundation, which has been fighting in court to force the state to resume executions.

But he said opponents could propose a constitutional amendment adding the Supreme Court oversight of reprieves.

Opponents could also mount a legal challenge to Newsom’s rescinding of the lethal injection regulations and closing the death chamber, which he said violates a state law requiring corrections officials to be ready to carry out executions.

Republican Assemblyman Tom Lackey, a former highway patrolman, accused Newsom of going back on his word to voters not to interfere with executions.

But Newsom said his opposition has long been well known.

He said he’s had tough meetings with dozens of victims’ families, including a dozen or so in the last week.

“To the victims all I can say is we owe you, and we need to do more and do better,” he said. “But we cannot advance the death penalty in effort to try to soften the blow of what happened.”

Beto O’Rourke Wants to Be Your Favorite GOP Democrat