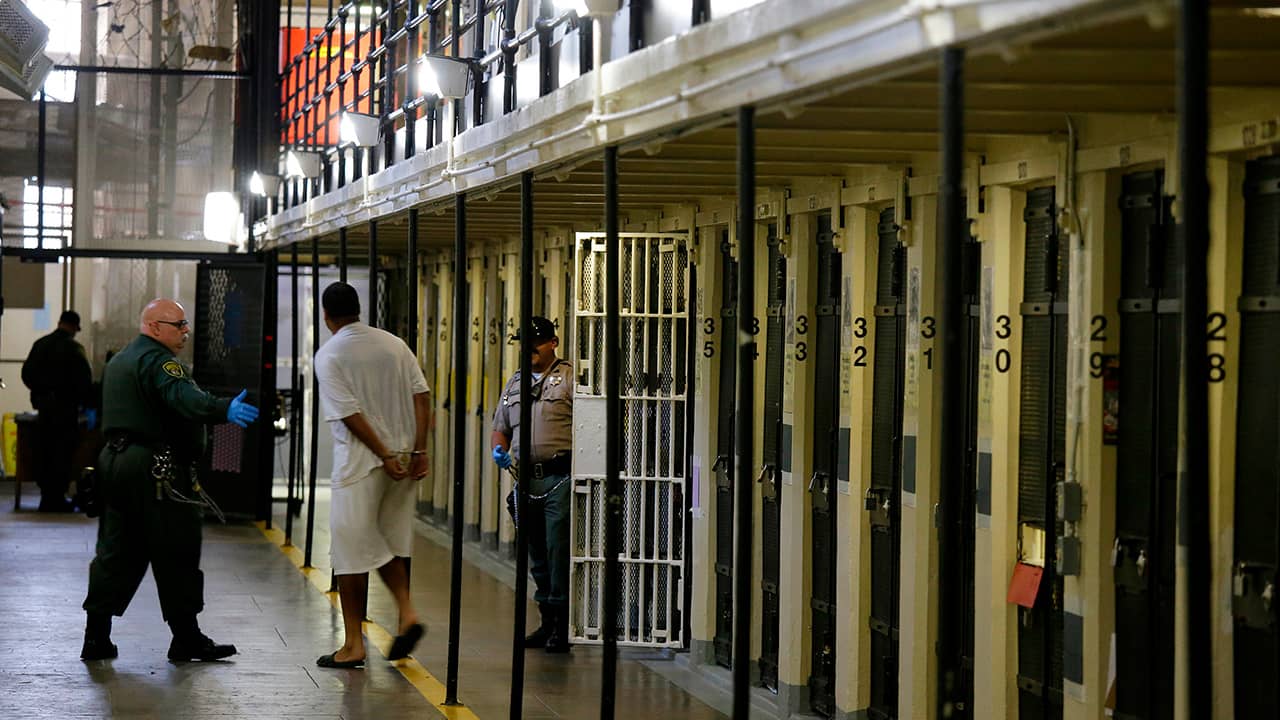 SACRAMENTO — The 737 inmates on California’s largest-in-the-nation death row are getting a reprieve from Gov. Gavin Newsom, who plans to sign an executive order Wednesday placing a moratorium on executions.

“The intentional killing of another person is wrong and as governor, I will not oversee the execution of any individual.” — Gov. Gavin Newsom

Newsom also is withdrawing the lethal injection regulations that death penalty opponents already have tied up in courts and shuttering the new execution chamber at San Quentin State Prison that has never been used.

“The intentional killing of another person is wrong and as governor, I will not oversee the execution of any individual,” he said in prepared remarks.

Newsom, a Democrat, called the death penalty “a failure” that “has discriminated against defendants who are mentally ill, black and brown, or can’t afford expensive legal representation.” He also said innocent people have been wrongly convicted and sometimes put to death.

“Friends and families of the always forgotten VICTIMS are not thrilled, and neither am I!” Trump wrote.

Defying voters, the Governor of California will halt all death penalty executions of 737 stone cold killers. Friends and families of the always forgotten VICTIMS are not thrilled, and neither am I!

California hasn’t executed anyone since 2006, when Arnold Schwarzenegger was governor. And though voters in 2016 narrowly approved a ballot measure to speed up the punishment, no condemned inmate faced imminent execution.

Since California’s last execution, its death row population has grown to house one of every four condemned inmates in the United States. They include Scott Peterson, whose trial for killing his wife Laci riveted the country, and Richard Davis, who kidnapped 12-year-old Polly Klaas during a slumber party and strangled her.

The Governor’s Move Is Certain to Be Challenged in Court

Newsom “is usurping the express will of California voters and substituting his personal preferences via this hasty and ill-considered moratorium on the death penalty,” said Michele Hanisee, president of the Association of Deputy (Los Angeles County) District Attorneys.

“As a career law enforcement official, I have opposed the death penalty because it is immoral, discriminatory, ineffective, and a gross misuse of taxpayer dollars.” — U.S. Sen. Kamala Harris

“As a career law enforcement official, I have opposed the death penalty because it is immoral, discriminatory, ineffective, and a gross misuse of taxpayer dollars,” she said in a statement.

While the governor’s move is certain to be challenged in court, aides say his power to grant reprieves is written into the state Constitution and that he is not altering any convictions or allowing any condemned inmate a chance at an early release.

A governor needs approval from the state Supreme Court to pardon or commute the sentence of anyone twice convicted of a felony, and the justices last year blocked several clemency requests by former Gov. Jerry Brown that did not involve condemned inmates.

Other governors also have enacted moratoriums. Republican Illinois Gov. George Ryan was the first in 2000 and later was followed by Pennsylvania, Washington and Oregon. Illinois ultimately outlawed executions, as did Washington.

Newsom said the death penalty isn’t a deterrent, wastes taxpayer dollars and is flawed because it is “irreversible and irreparable in the event of human error.” It’s also costly — California has spent $5 billion since 1978 on its death row, he said. Challenges in Both State and Federal Court

Brown also opposed the death penalty, but his administration moved to restart executions after voters acted in 2016 to allow the use of a single lethal injection and speed up appeals. His administration’s regulations are stalled by challenges in both state and federal court, though those lawsuits may be halted now that Newsom is officially withdrawing the regulations.

Brown said he was satisfied with his record number of pardons and commutations, though he never attempted to commute a death sentence. He had focused on sweeping changes to criminal penalties and reducing the prison population.

“I’ve done what I want to do,” Brown said shortly before leaving office, defending his decision not to endorse death penalty repeal efforts in 2012 and 2016. “I’ve carved out my piece of all this.”

Democratic Assemblyman Marc Levine of Greenbrae plans to seek the two-thirds vote the Legislature requires to put another repeal measure on the 2020 ballot. Levine’s district includes San Quentin State Prison. A repeal question also was on the ballot in 2016 with the question to speed up executions. It lost by 7 points while the other question was approved by 2 points.

Newsom’s aides said it has not yet been decided what will become of the execution chamber, or whether corrections officials have been told to top preparing for executions, for instance by running drills.

Seventy-nine condemned California inmates have died of natural causes since the state reinstated capital punishment in 1978. Another 26 committed suicide. California has executed 13 inmates, while two were executed in other states.

Newsom’s office said 25 condemned inmates have exhausted all of their appeals and could have faced execution if the courts approved the state’s new lethal injection method.