Impeach Trump? It's 'Just Not Worth It,' Says Pelosi. 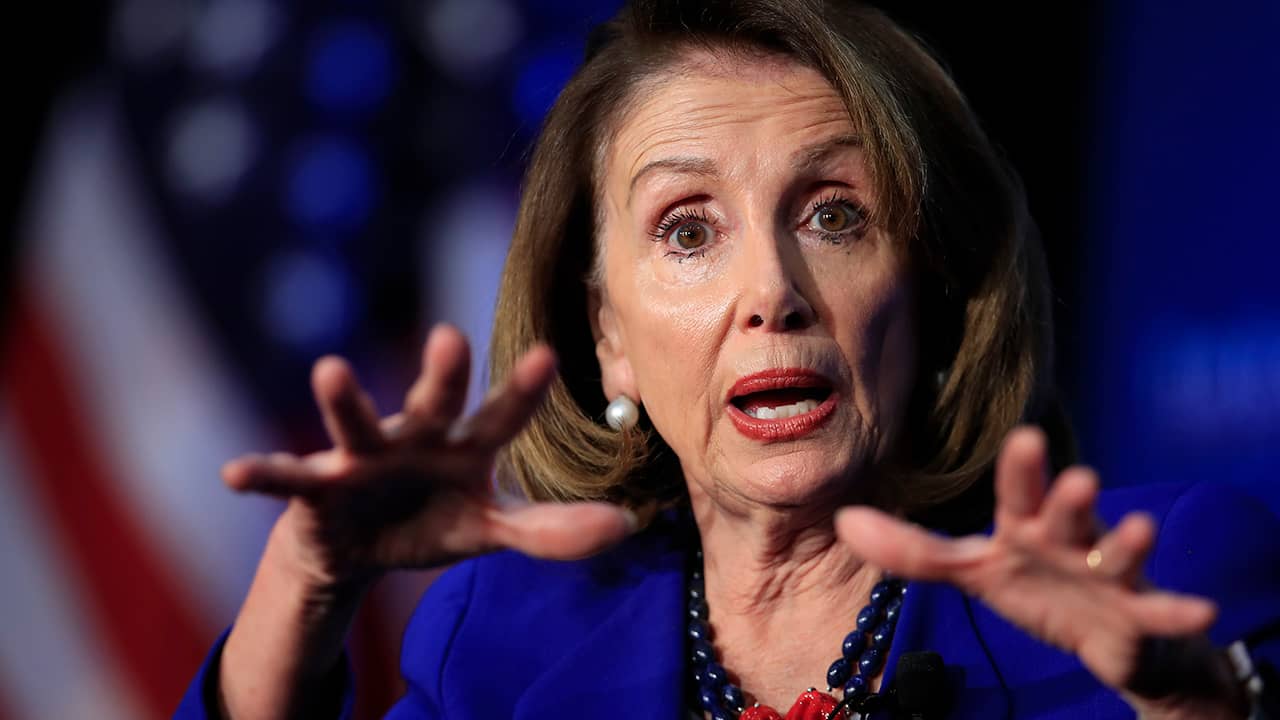 WASHINGTON — House Speaker Nancy Pelosi is setting a high bar for impeachment of President Donald Trump, saying he is “just not worth it” even as some on her left flank clamor to start proceedings.

Pelosi said in an interview with The Washington Post that “I’m not for impeachment” of Trump.

“Unless there’s something so compelling and overwhelming and bipartisan, I don’t think we should go down that path, because it divides the country,” she said.

“Unless there’s something so compelling and overwhelming and bipartisan, I don’t think we should go down that path, because it divides the country.” — House Speaker Nancy Pelosi

While she has made similar comments before, Pelosi is making clear to her caucus and to voters that Democrats will not move forward quickly with trying to remove Trump from office. And it’s a departure from her previous comments that Democrats are waiting on special counsel Robert Mueller to lay out findings from his Russia investigation before considering impeachment.

That thinking among Democrats has shifted, slightly, in part because of the possibility that Mueller’s report will not be decisive and because his investigation is more narrowly focused. Instead, House Democrats are pursuing their own broad, high-profile investigations that will keep the focus on Trump’s business dealings and relationship with Russia, exerting congressional oversight without having to broach the I-word.

Oversight and Reform Committee Chairman Elijah Cummings, one of the lawmakers leading those investigations, said he agrees with Pelosi and Congress needs “to do our homework.” He said impeachment “has to be a bipartisan effort, and right now it’s not there.”

“I get the impression this matter will only be resolved at the polls,” Cummings said.

Still, Pelosi’s comments are certain to stoke a stubborn tension with those who believe impeachment proceedings should have begun on day one of the new Congress. Some new freshman Democrats who hail from solidly liberal districts haven’t shied away from the subject — Michigan Rep. Rashida Tlaib used a vulgarity in calling for Trump’s impeachment the day she was sworn in.

Billionaire activist Tom Steyer, who is bankrolling a campaign pushing for Trump’s impeachment, shot back at Pelosi on Monday: “Speaker Pelosi thinks ‘he’s just not worth it?’ Well, is defending our legal system ‘worth it?’ Is holding the president accountable for his crimes and cover-ups ‘worth it?’ Is doing what’s right ‘worth it?’ Or shall America just stop fighting for our principles and do what’s politically convenient.”

Neil Sroka of the liberal advocacy group Democracy for America said Pelosi’s comments were “a little like an oncologist taking chemotherapy off the table before she’s even got your test results back.”

Other lawmakers who have called for impeachment looked at Pelosi’s comments more practically. Rep. Brad Sherman, D-Calif., who filed articles of impeachment against Trump on the first day of the new Congress in January, acknowledged that there is not yet public support for impeachment, but noted that Pelosi “didn’t say ‘I am against it if the public is clamoring for it.'”

Sherman said that the multiple Democratic investigations of Trump might be a substitute for impeachment, “it’s also possible it will be a prelude.”

Sanders added of impeachment, “I don’t think it should have ever been on the table.”

Pelosi Has Long Resisted Calls to Impeach the President

House Republican Leader Kevin McCarthy said it was a “smart thing for her to say,” but Georgia Rep. Doug Collins, the top Republican on the Judiciary Committee, said he doesn’t think it’s “going to fly” with some of Pelosi’s members.

“I do believe what Speaker Pelosi understands is that what they’re wanting to do is going to require far more than what they have now, so I think they are hedging their bet on it,” Collins said.

“I do believe what Speaker Pelosi understands is that what they’re wanting to do is going to require far more than what they have now, so I think they are hedging their bet on it.” — Georgia Rep. Doug Collins

Pelosi has long resisted calls to impeach the president, saying it’s a “divisive” issue that should only be broached with “great care.”

She refused calls when she first held the speaker’s gavel, in 2007, to start impeachment proceedings against George W. Bush. Having been a member of Congress during President Bill Clinton’s impeachment, she saw the way the public turned on Republicans and helped Clinton win a second term. Heading into the midterm elections, she discouraged candidates from talking up impeachment, preferring to stick to the kitchen table issues that she believes most resonate with voters.

Freshman Democrats who are from more moderate districts and will have to win re-election again in two years have been fully supportive of Pelosi’s caution.