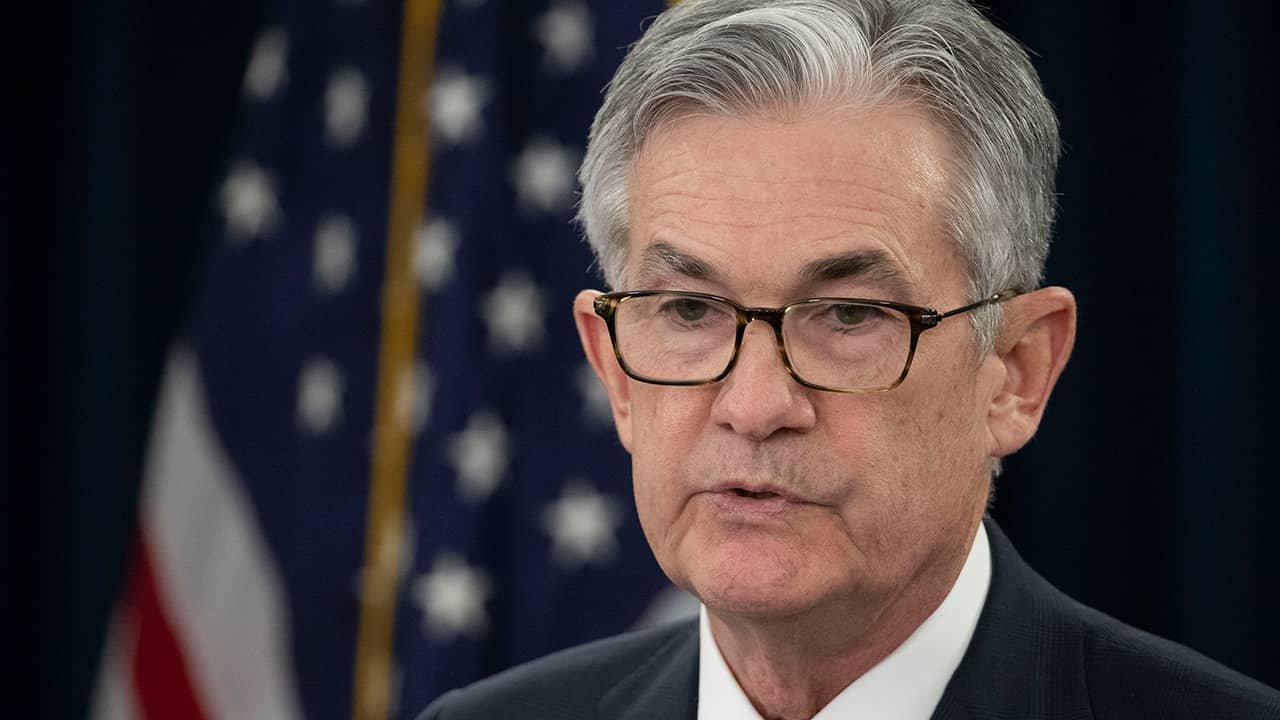 WASHINGTON — Federal Reserve Chairman Jerome Powell says political attacks by President Donald Trump played no role in the Fed’s decision in January to signal that it planned to take a pause in hiking interest rates. He also said in an interview broadcast Sunday that he can’t be fired by the president and that he intends to serve out his full four-year term.

“We think that’s an appropriate place for an economy that has the lowest unemployment in 50 years, that has inflation right about at our 2 percent objective, that has returned significantly to good health.” — Federal Reserve Chairman Jerome Powell

In a wide-ranging interview with CBS’s “60 Minutes,” Powell said that the Fed decided to pause its rate hikes in January, after increasing rates four times in 2018, because the global economy was slowing and other risks to the U.S. economy were rising. The Fed said it planned to be “patient” in deciding when to change rates again.

Asked to define patient, Powell said, “Patient means that we don’t feel in any hurry to change our interest rate policy.”

At another point, Powell said the Fed felt its interest rate policy “is in a very good place right now” with the benchmark rate in a range of 2.25 percent to 2.5 percent, which Powell said was “roughly neutral,” meaning the Fed’s policy rate was not stimulating growth or holding it back.

“We think that’s an appropriate place for an economy that has the lowest unemployment in 50 years, that has inflation right about at our 2 percent objective, that has returned significantly to good health,” Powell said.

Powell said in the last three months, the Fed has seen increasing evidence of a global growth slowdown with slower activity in China and Europe and potential threats from such events as Brexit, Britain’s planned exit from the European Union.

“We’ve said that we’re going to wait and see how those conditions evolve before we make any changes to our interest rate policy and that means patient,” Powell said in the interview with Scott Pelley.

Powell said that despite outside criticism, the Fed will always “make decisions based on what we think is right for the American people. … We will never, ever take political considerations into effect.”

Asked if Trump could fire him, Powell said: “The law is clear that I have a four-year term. And I fully intend to serve it.”

Powell’s appearance on “60 Minutes” continued a tradition begun by then-Fed Chairman Ben Bernanke, who appeared on the program in March 2009, breaking a long tradition of Fed leaders not giving television interviews.

Bernanke’s appearance came during the depths of the Great Recession when the country was losing millions of jobs and the country struggled to get out of the deepest downturn since the 1930s.

Bernanke and Powell’s immediate predecessor, Janet Yellen, both appeared with Powell during the Sunday broadcast. Powell was picked for the top Fed job by Trump after the president decided not to offer a second term to Yellen. Both Bernanke and Yellen were asked what advice they had given Powell on withstanding outside criticism.

Bernanke said he kept a quotation from Abraham Lincoln on his desk saying that if your decisions turn out to be correct, the criticism will not matter. Yellen said that she and Powell had worked together closely on the Fed and that Powell was doing a good job of being “inclusive” in his decision-making.

Trump has not been as vocal about the Fed since the Fed announced it would be “patient” about future rate hikes, but in a March 2 speech he referred to Powell, without using his name, as a “gentleman” who likes raising rates and who likes tightening credit.

A Slowing Global Economy and Other Economic Risks

In his 2009 appearance, Bernanke talked about “green shoots” and said he felt the recession would “probably” be over by the end of 2009 if the efforts by the Fed and other government agencies were successful in stabilizing the banking system following the 2008 financial crisis.

“The outlook for our economy, in my view, is a favorable one. This year, I expect growth will continue to be positive and continue to be at a healthy rate.” — Federal Reserve Chairman Jerome Powell

The country did emerge from the recession in mid-June of 2009 and is currently in the tenth year of an expansion that will become the longest in U.S. history if it lasts past this June.

In the Sunday broadcast, Powell said while he felt U.S. growth would slow this year, he did not feel the country was headed for a recession.

“The outlook for our economy, in my view, is a favorable one,” Powell said. “This year, I expect growth will continue to be positive and continue to be at a healthy rate.”

The Fed in January signaled that due to a slowing global economy and other economic risks, it had decided to be “patient” in deciding when to raise interest rates again. Powell also delivered that message last month in testimony before Congress.

While the Fed in December had signaled it expected to raise rates two more times in 2019, many economists believe the central bank will now keep rates unchanged for a prolonged period and may not hike rates at all this year.

The economy grew at a solid 2.9 percent rate in 2018, helped by Trump’s tax cuts and billions of dollars of increased government spending. But economists believe that support will wane this year and with the global economy slowing, the U.S. economy is likely to slow to growth of just above 2 percent.

On other topics, Powell: