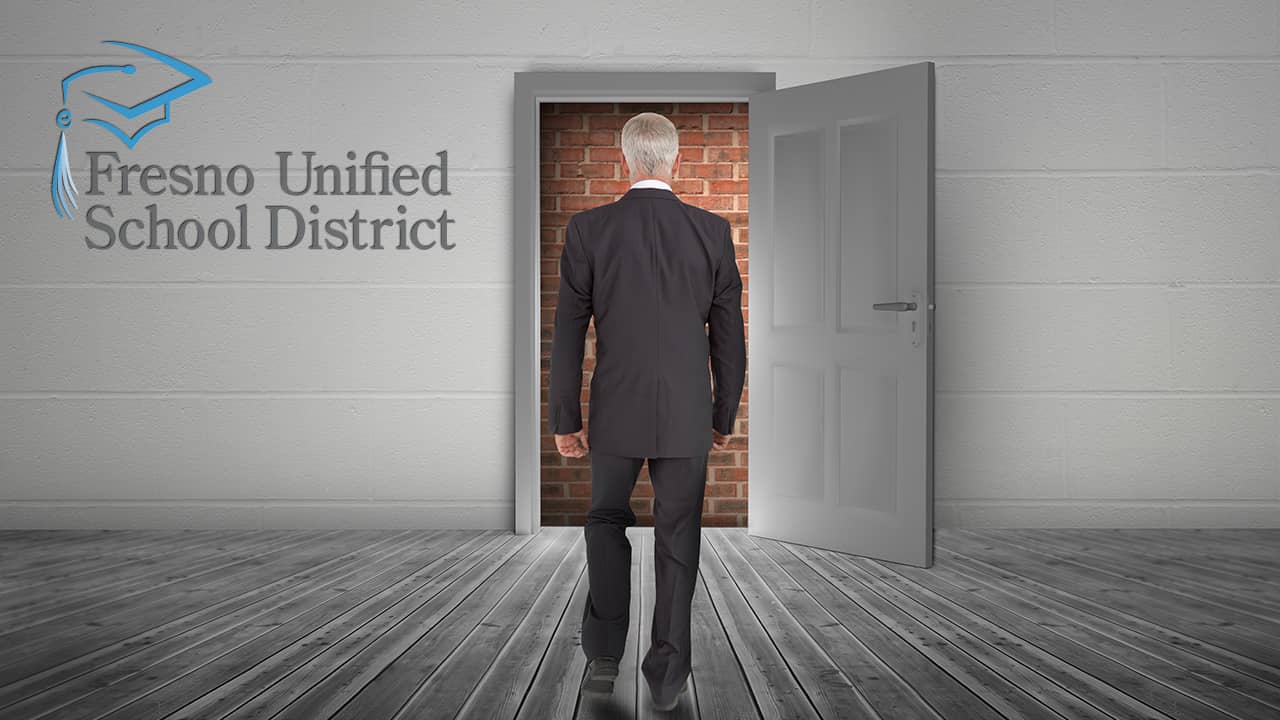 The notion that Fresno Unified School District’s mission is to educate and equip children to succeed as adults was shredded Thursday at Starr Elementary School.

Rather than let Trustee Terry Slatic observe a meeting about how the district intends to improve classrooms for special education students, the district staff told Slatic that if he didn’t leave, the meeting would be canceled.

Slatic didn’t budge, so they left.

There can be only one takeaway from this incident: Job One for those who make six figures and have titles in front of their names at Fresno Unified is self-preservation.

The last thing they want to deal with is a pain-in-the-ass trustee who doesn’t give a rip if he’s making life uncomfortable for the top brass and their minions.

There can be only one takeaway from this incident: Job One for those who make six figures and have titles in front of their names at Fresno Unified is self-preservation.

The irony of Thursday’s incident is that Slatic pledged to one and all that he would be a good boy. He was there to listen and learn. And he told the powers-that-be he would attend.

Understand: The culture at the top of Fresno Unified is no different than what you find at a country club. They make the rules and if you don’t like it, find another sandbox to play in.

In this particular instance, they used “the rules” to justify canceling the meeting.

This is not a trustee’s business until the information is presented to the entire board. That’s the rule, the district said.

I’d like to know how that rule — or all the others designed to keep the trustees and the public in the dark, and to protect the bureaucracy — helps students.

Actually, I do know.

There’s a bit of good news: District fourth-graders are moving toward the middle of the pack in reading and math. But for district eighth-graders, the results — sorry, there’s no other way to put it — are tragic.

Go to The Nation’s Report Card at this link and see for yourself. The last time I wrote about how Fresno Unified fared among the country’s big-city school districts was in 2017.

“When you are the nation’s second-lowest performing large urban school district in grades 4 and 8, it’s best not to repeat the mistakes that got you there in the first place,” I opined.

Two years later, there’s a bit of good news: District fourth-graders are moving toward the middle of the pack in reading and math.

But for district eighth-graders, the results — sorry, there’s no other way to put it — are tragic.

In math, the scores continue to decline and, in reading, there has been scant progress. The only worse districts are Cleveland and Detroit.

What Is the Brass Afraid Of?

The buck stops at the top with the Board of Trustees and high-ranking administrators more interested in keeping their titles or salaries than embracing difficult changes and new ways of thinking to better educate children.

In the big picture, the cancelation of the meeting wouldn’t be worth a mention — except that it’s so telling about what ails Fresno Unified.

If I was in charge of facilities at Fresno Unified, I would have relished having Slatic in the room. I would have told him to hit me with his best shot. And then I would have shown him how the district planned to help special-education students with classroom upgrades. Someone could have said, “We did a fantastic job remodeling Rata High, and we’ll do the same at Starr.”

It’s best to face skeptics and critics head-on. Running away merely perpetuates the perception you have no idea what you’re doing.

Apparently, those in charge feared coming up short. Or were ordered by Superintendent Bob Nelson to freeze Slatic out.

Slatic Has Made Mistakes, but This Wasn’t One of Them

In his brief time on the board, Slatic already has done things I’d never do.

He made the mistake of trying to change the district’s culture on Day One without first trying to understand the culture. He needs to cut that long list of things he wants to look into by about 90% and focus on the most important changes that will help students. Slatic should be more respectful of the staff.  Certainly, there are people to whom he owes apologies.

But no apology is required for attending a meeting about an important situation in his region.

In politics, we call the Starr fiasco a turf war.

For the past 50 years, those leading Fresno Unified have won 100% of the turf wars.

All the while losing on most fronts in the battle to help more children thrive.

Walters: Politicians Like to Keep Us in the Dark

Cutting Through the Fake News About ‘Ballot Harvesting’