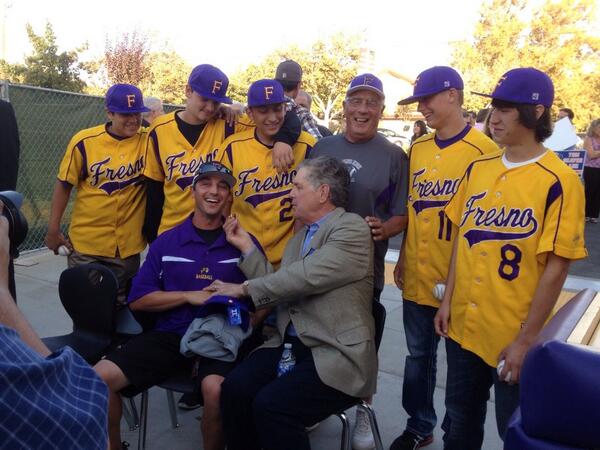 Tom Seaver, the most dominant and prominent player in New York Mets history, is stepping back from public life because of advancing dementia, his family said in a statement Thursday.

“Tom will continue to work in his beloved vineyard at his (Calistoga) California home, but has chosen to completely retire from public life,” the Seavers said in the statement, which was released by the Baseball Hall of Fame. “The family is deeply appreciative of those who have supported Tom throughout his career, on and off the field, and who do so now by honoring his request for privacy.”

Seaver’s family said he recently learned he has dementia. But for many years, Seaver, 74, has suffered from the effects of Lyme disease, which can cause cognitive problems similar to dementia.

Seaver was known as “The Franchise” and “Tom Terrific” during his career with the Mets, which extended from 1967 to 1977, and a one-year stint in 1983. He holds numerous team records and is one of two former Mets players whose numbers have been retired. He retired from baseball in 1986. 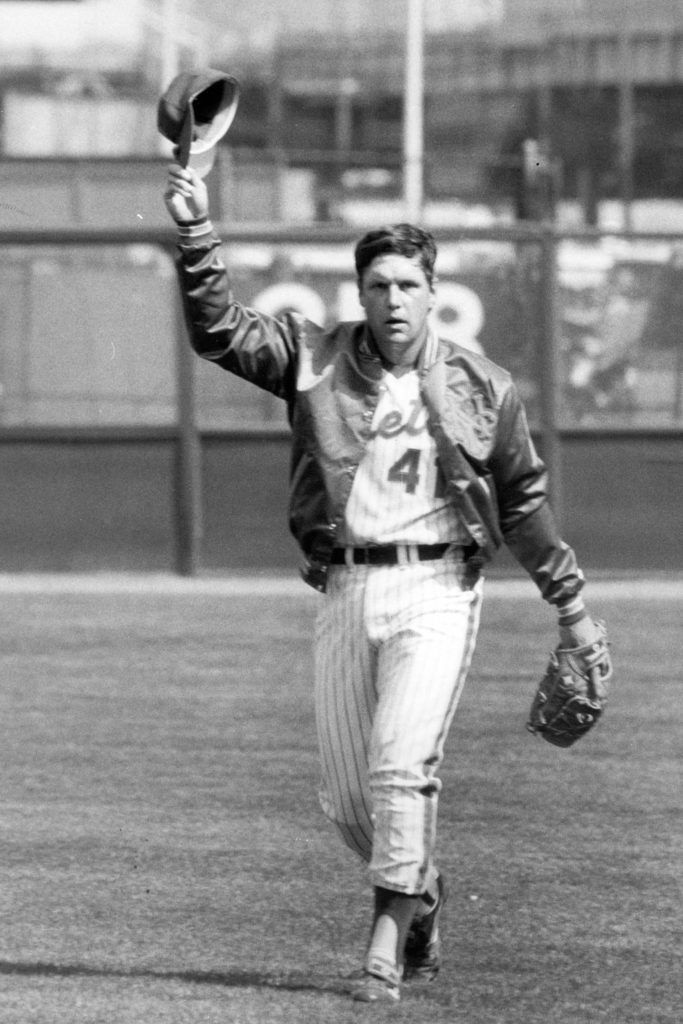 Seaver won 311 games and struck out 3,640 batters during his 20-year career. He was elected into the Hall of Fame in 1992 by a near-unanimous decision.

The announcement comes just months before a celebration of the 50th anniversary of the Mets team that won the 1969 World Series. Seaver had been appearing less frequently in public in recent years, and even before the announcement had been made, Seaver had informed the Mets that he would not be at the ceremony at Citi Field at the end of June. Tom Seaver’s plaque at the Baseball Hall of Fame in Cooperstown, N.Y.

The Mets released a statement from Jeff Wilpon, the team president, saying the team’s thoughts were with Seaver and his family.

Seaver was the star of the 1969 team, going 25-7 and winning the first of his three Cy Young Awards. The Mets beat the favored Baltimore Orioles, shocking the baseball world because they had finished last or second-to-last every year since they joined the National League as an expansion franchise in 1962.

The championship was the culmination of a three-year climb that started when Seaver arrived in New York in 1967 as a rookie. He won rookie of the year honors that season. The next year, Gil Hodges became the manager of the team, and Seaver blossomed under his wing.

Seaver was born in Fresno to Betty Lee (Cline) and Charles Henry Seaver, an outstanding amateur golfer, on Nov. 17, 1944.

At Fresno High, he was better known for his basketball exploits than his pitching prowess.

After a six-month stint with the U.S. Marines Corps Reserves, he returned to Fresno taller and stronger and developed into a top pitching prospect at Fresno City College.

Seaver is a member of the Fresno Athletic Hall of Fame and, in 2013, the city honored him by naming the intersection of Echo Avenue and East University University “Tom Seaver Lane.”

The conversion from lovable losers to Miracle Mets was the culmination of a three-year climb that started when Seaver arrived in New York as a rookie in 1967. He won rookie of the year honors that season, going 16-13 with a 2.76 ERA. The next year, Gil Hodges became the manager of the team, and Seaver blossomed under his wing.

“Every night, when you close the gate and look back at the house and you realize, how cotton-picking lucky am I?” — Tom Seaver

Seaver credited Hodges, who died in 1972, for helping him develop a better work ethic and become a smarter pitcher. But it was Seaver’s confidence, enthusiasm, and ease in front of the camera that made him a favorite with fans, who dubbed him Tom Terrific. For years, crowds at Shea Stadium were noticeably larger when Seaver pitched.

“To have such a special baseball player, such a special pitcher, a legend of the game of baseball be a Met is a tremendous honor for our organization,” Mets manager Mickey Callaway said Thursday at the team’s spring training base in Port St. Lucie, Florida. “Our thoughts and prayers go out to him and his family.”

Seaver helped the Mets return to the World Series one more time, in 1973, as they surged from last place in late August to become division champions. The Mets went on to defeat the Reds in a wild, five-game playoff, and then pushed the Oakland Athletics to seven games in the World Series before losing. In this July 9, 1969, photo, New York Mets right-handed pitcher Tom Seaver makes a second-inning delivery against the Chicago Cubs at New York’s Shea Stadium where he hurled a one-hitter in a 4-0 victory. (AP File)

Trade of Seaver a Dark Day for Mets

Seaver’s departure on June 15, 1977, is considered one of the darkest days in Mets history. After a long dispute with management over his salary, Seaver was traded to the Reds for Pat Zachry, Doug Flynn, Steve Henderson and Dan Norman. Seaver energized an already-powerful Reds team, while the Mets finished in last place four out of the next six years. Almost a year after he was traded to the Reds, Seaver pitched his only no-hitter, against the St. Louis Cardinals in Cincinnati.

Seaver returned in 1983 for one more year in New York, making him the last member of the 1969 team to play with the Mets. He was welcomed warmly on opening day that year, and pitched six shutout innings. But he ended the season with a 9-14 record. He was picked up by the Chicago White Sox in the offseason, and won his 300th game in Yankee Stadium in 1985.

Seaver worked as a Mets broadcaster after he retired and was a regular fixture at the annual induction weekend at the Hall of Fame in Cooperstown, New York. Seaver also appeared at memorabilia shows in the New York area.

Seaver’s arrival in New York almost didn’t happen. He was drafted by the Atlanta Braves in 1966, but the pick was voided on a technicality. Seaver’s name was put into a lottery, and the Mets won.

After he left broadcasting, Seaver focused much of his energy on making wine at a vineyard on his 116-acre estate in Calistoga, California. At a wine tasting in New York several years ago, he talked about his new passion.

“You end up with the job you have and you end up in the Hall of Fame, and when you get there, you realize it’s the journey, not the destination,” Seaver said, by way of explaining what excited him about making wine.

Seaver also appreciated how his success in baseball enabled him to pursue a second life working outdoors producing something he, his family and many others could enjoy.

“Every night, when you close the gate and look back at the house,” Seaver said at the time, his voice cracking and his eyes welling up with tears, “and you realize, how cotton-picking lucky am I?”