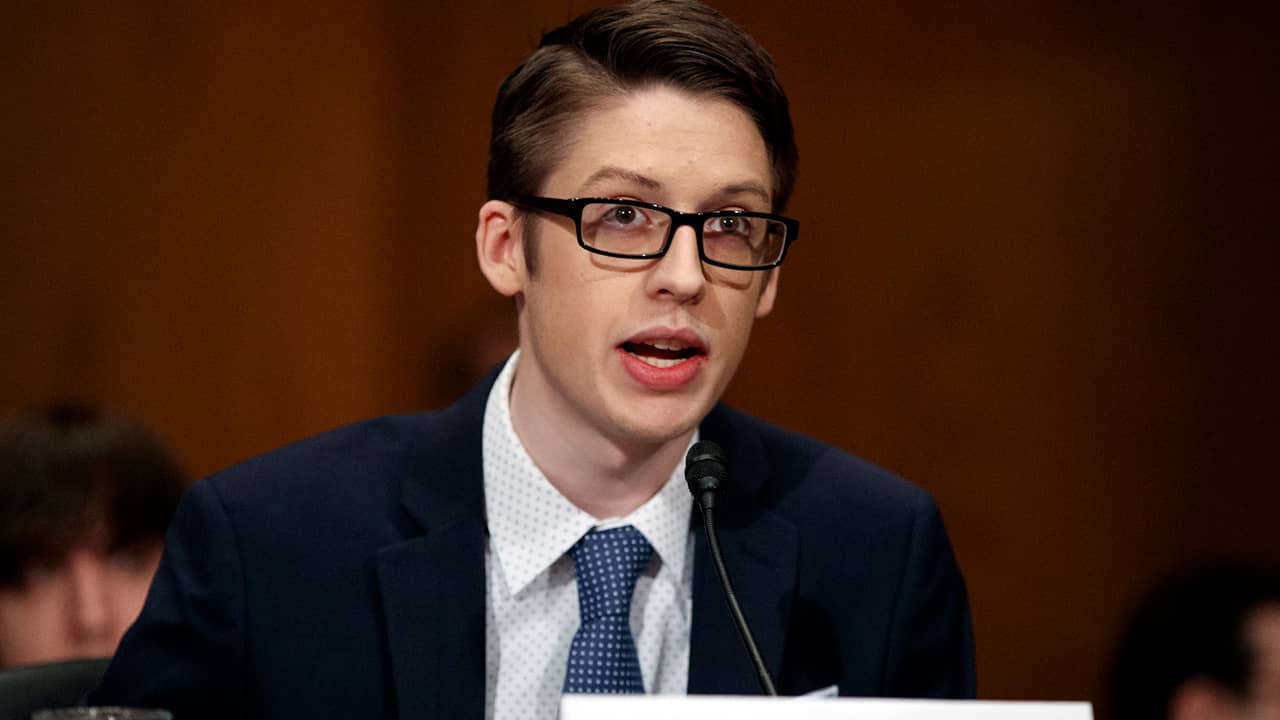 WASHINGTON — An Ohio teen defied his mother’s anti-vaccine beliefs and started getting his shots when he turned 18 — and told Congress on Tuesday that it’s crucial to counter fraudulent claims on social media that scare parents.

“I grew up under my mother’s beliefs that vaccines are dangerous.” — Ethan Lindenberger

Ethan Lindenberger of Norwalk, Ohio, said his mother’s “love, affection and care is apparent,” but that she was steeped in online conspiracies that make him and his siblings vulnerable to vaccine-preventable diseases like the ongoing measles outbreaks.

“I grew up under my mother’s beliefs that vaccines are dangerous,” Lindenberger told a Senate health committee. He’d show her scientific studies but said she instead turned to illegitimate sources that “instill fear into the public.”

Last December, despite his mother’s disapproval and realizing that “my school viewed me as a health threat,” Lindenberger began catching up on his missed immunizations. He told lawmakers it’s important “to inform people about how to find good information” and to remind them how dangerous these diseases really are.

This year is shaping up to be a bad one for measles as already, the U.S. has counted more than 200 cases in 11 states — including about 70 in an outbreak in the Pacific Northwest.

More Than 90 Percent of US Population Is Vaccinated

Measles is one of the most contagious viruses, able to be spread through coughs and sneezes for four days before someone develops the characteristic rash. It’s dangerous: 1 in 20 patients get pneumonia, and 1 in 1,000 get brain swelling that can lead to seizures, deafness or intellectual disability. While deaths are rare in the U.S., measles killed 110,000 people globally in 2017 — and unvaccinated Americans traveling abroad, or foreign visitors here, can easily bring in the virus.

More than 90 percent of the population nationally is properly vaccinated but there are pockets of the country, including in his hard-hit state, where fewer children get immunized on time or at all. They in turn are a hazard to people who can’t get vaccinated — babies who are too young or people with weak immune systems.

Vaccination against a list of diseases is required to attend school, but 17 states, including Ohio, allow some type of non-medical exemption for “personal, moral or other beliefs,” according to the National Conference of State Legislatures.

The hearing came a day after the American Academy of Pediatrics urged the CEOs of Facebook, Google, and Pinterest to better counter vaccine misinformation spread through their sites.

“We have an opportunity, and in my view, an obligation, to work together to solve this public health crisis,” wrote Dr. Kyle Yasuda, the group’s president.

“We have an opportunity, and in my view, an obligation, to work together to solve this public health crisis.” — Dr. Kyle Yasuda

Lindenberger created national headlines after he posted on Reddit several months ago that, “my parents think vaccines are some kind of government scheme” and “god knows how I’m still alive.” He asked how to go about getting vaccinated on his own.

The Centers for Disease Control and Prevention has a how-to-list for youths ages 7 to 18 who’ve missed childhood shots.

Lindenberger’s mother, Jill Wheeler, didn’t testify Tuesday. But she recently told “CBS This Morning” that her decision “was just straight-up fear of him getting these immunizations and having a bad reaction…. I think a lot of people look at this as a straight, black and white answer, and I don’t feel like it is.”

Tuesday, the high school senior told the Senate panel that parents aren’t the only ones who need better education. “Most of my friends didn’t even understand they could get vaccinated despite their parents’ wishes,” Lindenberger said.