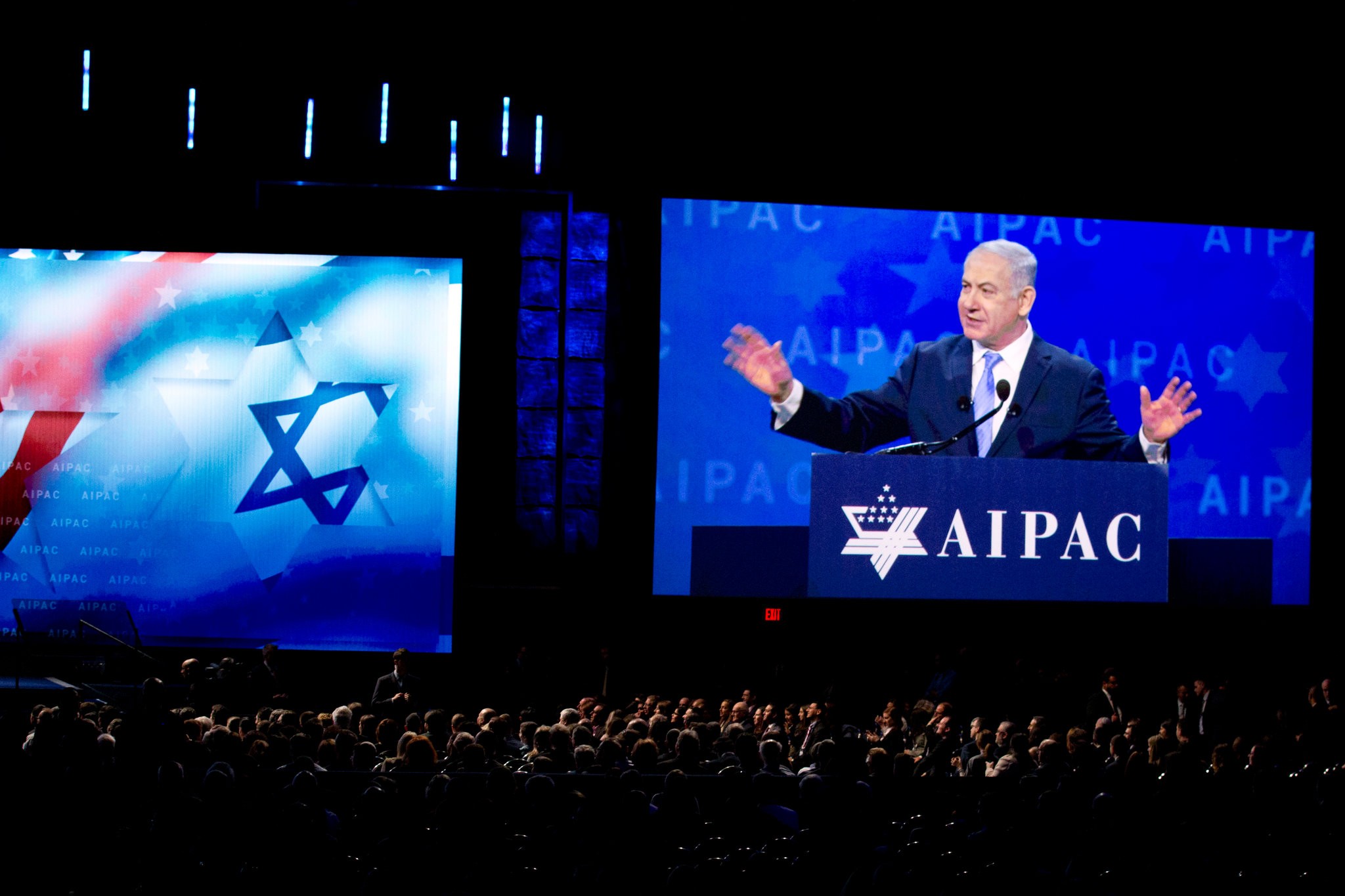 Alarmed by messaging that he saw as anti-Semitic and by Omar’s support for the boycott-Israel movement, Fiske, a longtime activist with the American Israel Public Affairs Committee, began texting and calling his friends in Congress to complain. He is hoping AIPAC activists will punish her with a primary challenge in 2020.

Has AIPAC warped the policy debate over Israel so drastically that dissenting voices are not even allowed to be heard?

On Wednesday, House Democratic leaders will mete out one form of punishment: Spurred by outrage over Omar’s latest comments suggesting that pro-Israel activists “push for allegiance to a foreign country,” they will put a resolution condemning anti-Semitism on the House floor.

“Many other people involved in the pro-Israel community, a lot of AIPAC-affiliated members, there’s a lot of concern; there’s a clarion call for activism,” said Fiske, who is the chairman of a political action committee that backs pro-Israel candidates. “It really hit a nerve, and the grassroots Jewish community in South Florida is not one to treat it as an ostrich, putting their heads in the sand.” 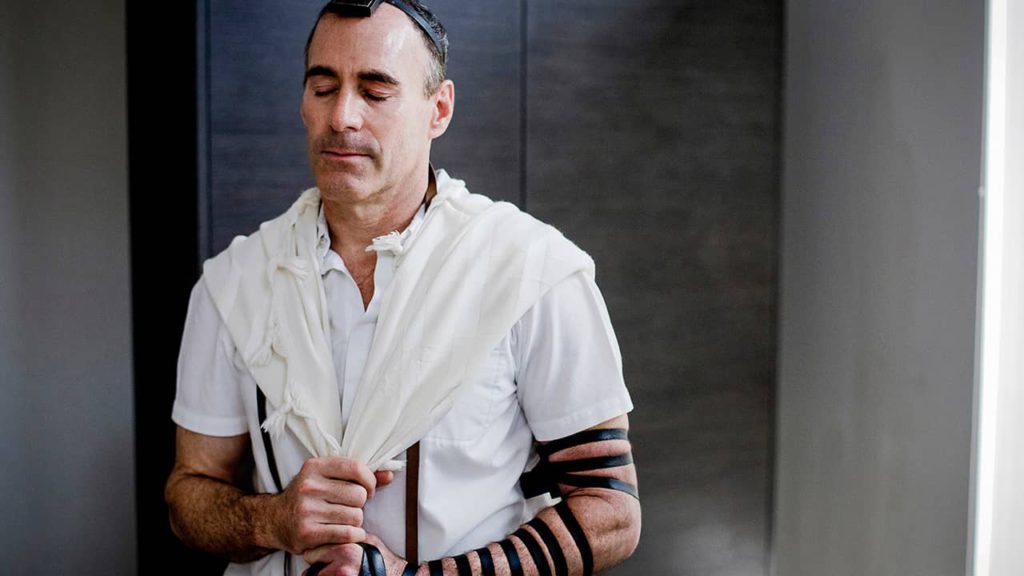 Stephen Fiske, a longtime activist with AIPAC, praying at home in Florida. (Scott McIntyre for The New York Times)

Omar’s insinuation that money fuels American support for Israel — “It’s all about the Benjamins, baby,” she wrote on Twitter, specifically citing AIPAC — revived a fraught debate in Washington over whether the pro-Israel lobbying behemoth has too much sway over American policy in the Middle East. The backlash to Omar’s tweet was fierce, with even Democratic leaders accusing her of trafficking in anti-Semitic tropes. The congresswoman apologized.

But the swirling debate around not only Omar but also broader currents buffeting the Middle East have forced an uncomfortable re-examination of the questions that Omar raised: Has AIPAC — founded more than 50 years ago to “strengthen, protect and promote the U.S.-Israel relationship” — become too powerful? And with that power, has AIPAC warped the policy debate over Israel so drastically that dissenting voices are not even allowed to be heard?

Those questions have grown louder with the controversy around Omar and will grow louder still in the runup to this month’s annual AIPAC policy conference — a three-day Washington confab that is expected to draw more than 18,000 people, including Prime Minister Benjamin Netanyahu of Israel and leaders of both parties in Congress. To critics, Omar had a point, even if it was expressed with unfortunate glibness. AIPAC’s money does have an outsize influence.

“It is so disingenuous of some of these members of Congress who are lining up to condemn these questioning voices as if they have no campaign finance interest in the outcome,” said Brian Baird, a former Democratic congressman from Washington state, who became a vocal critic of Israel, and AIPAC, after a constituent of his was killed by an Israeli army bulldozer in Gaza while protesting the demolition of Palestinian homes in 2003.

Fiske’s Florida Congressional Committee is one of a string of political action committees with anodyne names — NorPac in New Jersey, To Protect Our Heritage PAC outside Chicago, the Maryland Association for Concerned Citizens outside Baltimore, among others — that operate independently of AIPAC but whose missions and membership align with it.

Countless individual AIPAC members and other pro-Israel donors give on their own — including megadonors like billionaire Sheldon Adelson, a onetime AIPAC backer who has started a harder-line rival to AIPAC.

AIPAC activists say the work they put into building relationships — more than campaign contributions — is responsible for the organization’s success.

AIPAC does not lobby on behalf of Israel; it is sensitive about being characterized as an agent of a foreign power, as Omar suggested it was during her talk in Washington last week. But it almost always sides with Israeli government, no matter who is in charge. (In a rare exception, the group rebuked a right-wing party in Israel last month, prompting a backlash from Netanyahu.)

Today AIPAC boasts 17 regional and satellite offices, a gleaming headquarters building near the Capitol and an annual budget so hefty that its chief executive, Howard Kohr, earned more than $1 million in salary and benefits in 2016. Traveling to Israel on a trip financed by AIPAC’s education arm is practically a rite of passage for freshman members of Congress.

AIPAC activists say the work they put into building relationships — more than campaign contributions — is responsible for the organization’s success.

“Call me a true believer, but my own view is that the more people understand about Israel the more likely they are to see the issues more or less the way AIPAC does,” said Seth M. Siegel, an author, businessman and AIPAC board member.

“AIPAC does not rate, endorse or contribute to candidates. We encourage our members to participate in the legislative and political process exercising their democratic rights as Americans.” — AIPAC spokesman Marshall Wittmann

But in a recent article in The Nation, M.J. Rosenberg, who worked for AIPAC in the 1980s and is now a critic of the organization, described how “AIPAC’s political operation is used precisely as Representative Omar suggested,” including during policy conferences, when members gather “in side rooms, nominally independent of the main event,” to raise money and “decide which candidate will get what.”

Kohr declined a request for an interview. But the group’s spokesman, Marshall Wittmann, issued a statement: “AIPAC does not rate, endorse or contribute to candidates. We encourage our members to participate in the legislative and political process exercising their democratic rights as Americans.” 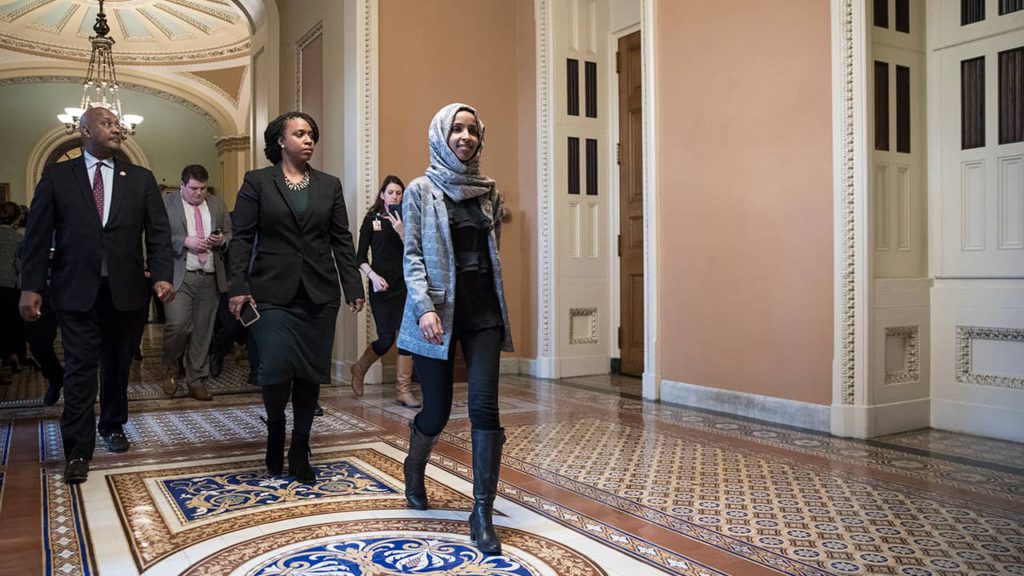 And they have. In 1982, AIPAC activists organized to oust Paul Findley, an Illinois House member who had embraced Palestine Liberation Organization leader Yasser Arafat. The To Protect Our Heritage PAC, run by AIPAC activists in Skokie, Illinois, backed Richard J. Durbin, according to Marc Sommer, a PAC official.

Two years later, AIPAC activists mobilized to replace Sen. Charles Percy, then the chairman of the Senate Foreign Relations Committee and a backer of the AWACS deal allowing the sale of sophisticated military planes to Saudi Arabia, with Democrat Paul Simon. Simon wrote in his memoir that Robert Asher, an AIPAC board member in Chicago, asked him to run.

But the increasing willingness of Democrats like Omar to accuse Israel of human rights abuses — coupled with the far-right policies of Netanyahu and his embrace of President Donald Trump — is challenging AIPAC’s claim to bipartisanship. Some liberal Democrats, including young Jews, are abandoning the organization.

The back-to-back victories established AIPAC as an organization not to be trifled with. In the more than three decades since, AIPAC has helped create and maintain a staunchly pro-Israel Congress, producing bipartisan support for foreign aid and military and intelligence cooperation, most recently $500 million for missile defense and $3.3 billion for security assistance. AIPAC spent $3.5 million last year on lobbying, according to the Center for Responsive Politics, which tracks lobbying and campaign expenditures.

But the increasing willingness of Democrats like Omar to accuse Israel of human rights abuses — coupled with the far-right policies of Netanyahu and his embrace of President Donald Trump — is challenging AIPAC’s claim to bipartisanship. Some liberal Democrats, including young Jews, are abandoning the organization.

AIPAC’s allies on Capitol Hill say the group is an invaluable resource for information. Rep. Ted Deutch, D-Fla., said AIPAC “gives its members an opportunity to meet with elected officials, often in Washington, to talk about an issue that they feel deeply about.”

But other lawmakers bristle at AIPAC’s tactics. In 2006, Rep. Betty McCollum, D-Minn., who has advocated humanitarian aid for Palestinians, wrote an angry letter to Kohr saying AIPAC would be barred from her offices until it apologized for the behavior of one of its representatives who had berated her chief of staff, Bill Harper, and said McCollum’s “support for terrorists will not be tolerated.”

Harper said he took it as an effort “to intimidate” McCollum, “including threatening to take care of her in the next election.” He said AIPAC’s members subsequently stopped donating to her.

AIPAC instructs its volunteers never to bring up politics or donations in lobbying meetings. But Baird, the retired House member, said it was “a fairly common experience” for three or four members of a state congressional delegation to be invited outside the Capitol to meet with “some potential high-dollar individuals affiliated with AIPAC.”

“And if one were to say, ‘You know, this is a pretty complex issue; I think the Palestinians have some legitimate concerns,’ your pile of envelopes at the end of the event would be substantially smaller than the next guy’s envelopes,” he said.

So far, no organized effort to field a primary challenger against Omar has begun, although Rudy Boschwitz, a former Republican senator from Minnesota who served on AIPAC’s board in the 1990s, said he had “suggested that to some people.”

In Florida, Fiske said it was time for “pro-Jewish voices to speak up” about Omar and two other Democratic freshmen who have been critical of Israel: Reps. Rashida Tlaib of Michigan and Alexandria Ocasio-Cortez of New York.

And he offered a prediction: “They are three people who, in my opinion, will not be around in several years.”