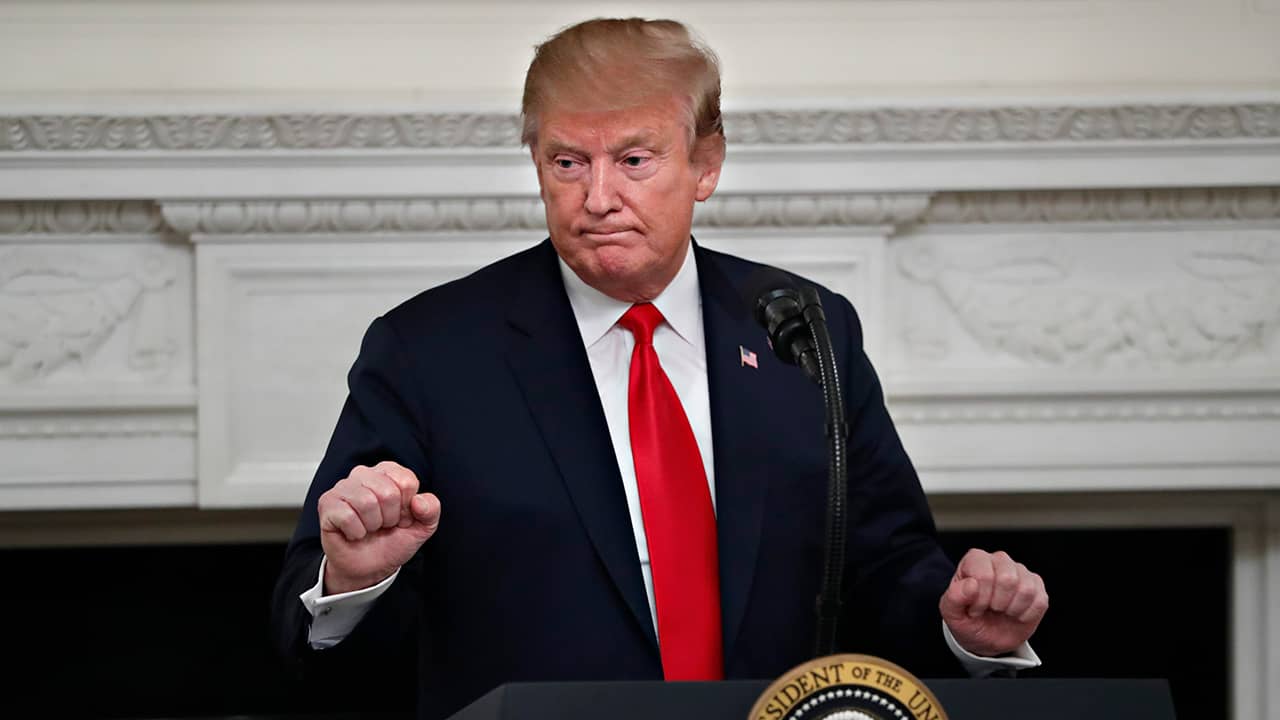 WASHINGTON — Democrats launched a sweeping new probe of President Donald Trump, an aggressive investigation that threatens to shadow the president through the 2020 election season with potentially damaging inquiries into his White House, campaign and family businesses.

House Judiciary Committee Chairman Jerrold Nadler said Monday his panel was beginning the probe into possible obstruction of justice, corruption and abuse of power and is sending document requests to 81 people linked to the president and his associates.

The broad investigation could be setting the stage for an impeachment effort, although Democratic leaders have pledged to investigate all avenues and review special counsel Robert Mueller’s upcoming report before trying any drastic action.

Trump denounced the probe Tuesday, tweeting that Nadler and other Democrats “have gone stone cold CRAZY. 81 letter sent to innocent people to harass them. They won’t get ANYTHING done for our Country!”

Nadler said the document requests, with responses to most due by March 18, are a way to “begin building the public record.”

“Over the last several years, President Trump has evaded accountability for his near-daily attacks on our basic legal, ethical, and constitutional rules and norms,” said Nadler, D-N.Y. “Investigating these threats to the rule of law is an obligation of Congress and a core function of the House Judiciary Committee.”

An Indication of the Democrats’ Current Strategy

In a statement Monday night, Sanders said: “Chairman Nadler and his fellow Democrats have embarked on this fishing expedition because they are terrified that their two-year false narrative of ‘Russia collusion’ is crumbling. Their intimidation and abuse of American citizens is shameful.”

Separate congressional probes are already swirling around the president, including an effort announced Monday by three other House Democratic chairmen to obtain information about private conversations between him and Russian President Vladimir Putin.

In a letter to the White House and State Department, the House intelligence, Foreign Affairs and Oversight and Reform panels sent broad requests for details about Trump and Putin’s private meetings by phone and in person. In addition to document requests, the committees are asking to interview interpreters who sat in on meetings, including a one-on-one session in Helsinki last summer.

The State Department pledged to “work cooperatively with the committees.”

The new probes signal that now that Democrats hold a majority in the House, Trump’s legal and political peril is nowhere near over, even as the special counsel’s Russia investigation winds down.

They are also an indication of the Democrats’ current strategy — to flood the administration with oversight requests, keeping Trump and his associates on trial publicly while also playing a long game when it comes to possible impeachment. While some more liberal members of the Democratic caucus would like to see Trump impeached now, Democratic leaders have been more cautious.

Investigating Russian Intervention in the 2016 Election

Trump told reporters after Nadler’s probe was announced that “I cooperate all the time with everybody.”

He added: “You know, the beautiful thing? No collusion. It’s all a hoax.”

The 81 names and entities on the Judiciary Committee’s list touch all parts of Trump’s life — the White House, his businesses, his campaign and the committee that oversaw the transition from campaign to presidency.

Mueller is investigating Russian intervention in the 2016 election and whether Trump’s campaign conspired with Russia. But the House probes go far beyond collusion. The House intelligence panel has announced a separate probe not only into the Russian interference but also Trump’s foreign financial interests. The Oversight and Reform Committee has launched multiple investigations into all facets of the administration.

The 81 names and entities on the Judiciary Committee’s list touch all parts of Trump’s life — the White House, his businesses, his campaign and the committee that oversaw the transition from campaign to presidency. There are also people connected to Russian interference in the 2016 campaign, including participants in a meeting at Trump Tower with a Russian lawyer before the election.

In a request sent to the White House, the committee asks for information surrounding former FBI Director James Comey’s termination, communications with Justice Department officials, the Trump Tower meeting and multiple other matters.

‘Recklessly Prejudging the President for Obstruction’

The letters to Hicks and Spicer ask them to turn over any work diaries, journals or “a description of daily events related to your employment” by Trump. The committee asked McGahn for documents related to any discussion involving Trump regarding the possibility of firing Mueller around June of 2017 “or any conversation in which President Trump stated, in words or substance, that he wanted the Mueller investigation shut down, restrained or otherwise limited in or around December 2017.”

The committee seeks from Cohen, Trump’s former personal lawyer who called Trump a “con man” and a “cheat” in congressional testimony last week, “any audio or video recordings” of conversations with Trump or conversations about his presidential campaign.

The list of document requests also includes the National Rifle Association and Trump’s embattled charitable foundation, which he is shutting down after agreeing to a court-supervised process.

Nadler said in most of the letters that he was limiting the requests to documents that had already been provided to other investigators, an attempt to receive as much as possible in the two-week timeline. The committee said there might be additional requests.

The panel expects some people to produce right away, and others may eventually face subpoenas, according to a person familiar with the investigation. The person declined to be named to discuss the committee’s internal process.

The top Republican on the committee, Georgia Rep. Doug Collins, said Nadler was “recklessly prejudging the president for obstruction” and pursuing evidence to back up his conclusion.