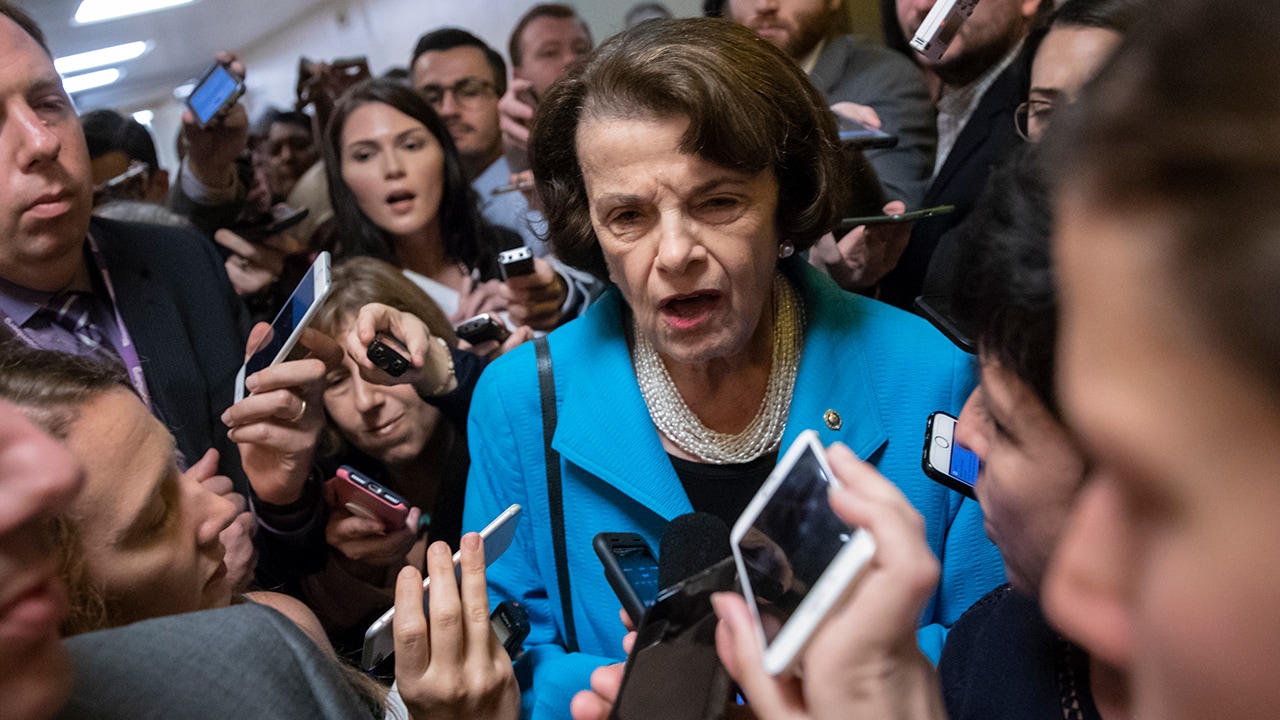 Along with her considerable political talents, U.S. Sen. Dianne Feinstein has an unhelpful verbal mannerism in which she talks to people who try her patience with a faintly exasperated tone in her voice. Feinstein’s senior senator moment brought back speculation that she may decide to step down before her current term ends in 2024, when she will be 91 years old. That would allow Gov. Gavin Newsom to appoint her successor.

She shares this trait with, among others, former Vice President Al Gore and Sheldon from “The Big Bang Theory.” It can make her sound as if she is condescending to a slightly backward group of schoolchildren.

The problem arises when she is talking to a group of actual schoolchildren, who are not backward but are extremely motivated supporters of unrealistic public policy.
The result was an unfortunate video in which Feinstein appeared to be admonishing these kids for daring to care about the future of the planet.

Even after it became public that the advocacy group that had sponsored the visit had unfairly edited the video to make her look like an annoyed lunchroom monitor, the entire episode cast Feinstein in a decidedly unfavorable light.

But Feinstein’s senior senator moment brought back speculation that she may decide to step down before her current term ends in 2024, when she will be 91 years old. That would allow Gov. Gavin Newsom to appoint her successor.

Barring a miraculous resurrection of the California Republican Party, assume that Newsom gets re-elected in 2022. Barring an equally miraculous gubernatorial attitude adjustment, assume he then begins planning a presidential campaign for 2024 or 2028.

Becerra Has Filed Dozens of Lawsuits Against the Trump Administration

Finally, let’s postulate that one contributing factor in Newsom’s decision on Feinstein’s replacement will be how it could enhance his White House aspirations.

In an almost-post-Trump Democratic Party, demographic identity is destiny. So bet against a white male governor appointing a white male senator. That means if Congressman Adam Schiff, Sacramento Mayor Darrell Steinberg, or Los Angeles Mayor Eric Garcetti want to hold statewide office, they’re going to have to do it without Newsom’s help.

So who would Newsom pick?

The presumed frontrunner for the appointment is Secretary of State Alex Padilla, who was a Democratic Party loyalist in 2018 in forgoing possible challenges to both Newsom and Feinstein. But while Padilla was playing good soldier, two other Latino leaders, Attorney General Xavier Becerra, and former state Senate President Pro Tem Kevin de León were turning themselves into media stars.

Becerra has filed dozens of lawsuits against the Trump Administration, establishing a national platform as one of the president’s most persistent adversaries.

But de León leveraged his unsuccessful campaign against Feinstein to emerge as a hero of the state Democratic Party’s progressive wing. Even though he and de León have clashed in the past, Newsom would greatly enhance his own leftist credentials by putting a younger, more media-genic version of Bernie Sanders into the U.S. Senate.

There is no shortage of qualified Asian-Pacific candidates. John Chiang established a solid record during his years as state controller and state treasurer, and current statewide officeholders Betty Yee and Fiona Ma and Congressman Ted Lieu would all be smart options as well.

On the other hand, an African-American appointee would be a more likely replacement for Kamala Harris should she end up in the White House two years from now. San Francisco Mayor London Breed is still new to the job, but a Southern Californian such as Congresswoman Karen Bass, Assemblywoman Autumn Burke, Sen. Holly Mitchell or Los Angeles City Council President Herb Wesson could help on their home turf and in key primary states.

Newsom has proudly pointed to his early support for marriage equality. So the appointment of an LGBTQ senator could reinforce his support with this critical voting bloc. Insurance Commissioner Ricardo Lara is unpredictable, and state Senate President Toni Atkins is underwhelming.

But Assemblywoman Sabrina Cervantes, a relatively unknown young centrist who represents a working-class battleground in the Inland Empire, would be an intriguing alternative.

Women voters and female candidates fueled the Democratic House takeover this year and are providing much of the early energy in the 2020 presidential campaign. California has had two female Senators since 1993, and if Newsom wants to continue that record, there are other options available to him in addition to those listed above. Respected Congresswoman Jackie Speier reportedly explored a statewide campaign last year. But picking a non-politician like Maria Shriver or Laurene Powell Jobs would send a powerful message through national Democratic activist and fundraising circles.

As Feinstein’s illustrious Senate career winds down, keep an eye on Schaaf as the type of replacement with whom Newsom could feel especially comfortable. Demography is destiny but so is loyalty.

Dan Schnur is a professor at USC’s Annenberg School of Communications, UC-Berkeley’s Institute of Governmental Studies, and Pepperdine University’s Graduate School of Public Policy, dan.schnur@mindspring.com. He wrote this commentary for CALmatters, a public interest journalism venture committed to explaining how California’s Capitol works and why it matters. Find his most recent CALmatters commentary here.