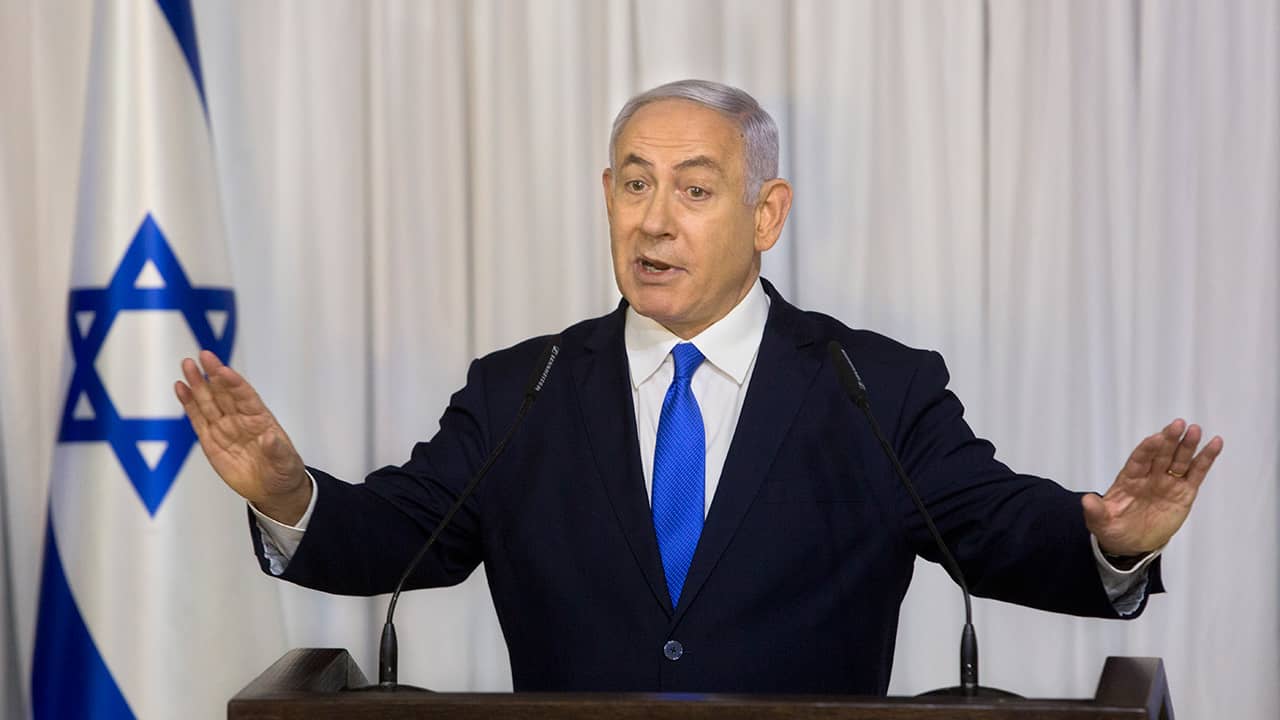 JERUSALEM — Israel’s attorney general on Thursday recommended indicting Prime Minister Benjamin Netanyahu with bribery and breach of trust in a series of corruption cases, a momentous move that shook up Israel’s election campaign and could spell the end of the prime minister’s illustrious political career.

Israeli Prime Ministers Not Required by Law to Resign

Netanyahu doesn’t look to go that quietly. He denies any wrongdoing and calls the various allegations a media-orchestrated witch hunt aimed at removing him from office. He has vowed to carry on and is deadlocked in the polls, 40 days before Israelis go to vote.
Netanyahu scheduled a press conference later Thursday to respond to the attorney general’s decision.
In a last-ditch effort to prevent the public release of an indictment, Netanyahu’s Likud party petitioned the Supreme Court to have it delayed until after the elections. But the court rejected the request Thursday afternoon, potentially clearing the way for an announcement from the attorney general.
Despite opposition calls for Netanyahu to step down, Likud and his other nationalist coalition partners have lined up behind him thus far, all but ruling out sitting in a government led by his primary opponent, retired military chief Benny Gantz.
While Israeli prime ministers are not required by law to resign if charged, the prospect of a prime minister standing trial while simultaneously running the country would be unchartered territory.
Mandelblit’s decision could either galvanize Netanyahu’s hard-line supporters who see him as a victim of an overzealous prosecution or turn more moderate backers against him who have tired of his lengthy rule tainted by long-standing accusations of corruption and hedonism.

Morphing Into a Referendum on Netanyahu

Either way, the upcoming elections appear to be morphing into a referendum on Netanyahu as he seeks to become the longest serving premier in Israeli history. Netanyahu have been prime minister since 2009 and served a previous term between 1996 and 1999.

Mandelblit recommended a bribery charge in the case based on evidence collected that confidants of Netanyahu promoted regulatory changes worth hundreds of millions of dollars to Bezeq.
In exchange, they believe Netanyahu used his connections with Elovitch to receive positive press coverage on Bezeq’s popular subsidiary news site Walla. Police have said their investigation concluded that Netanyahu and Elovitch engaged in a “bribe-based relationship.” A related charge against Netanyahu’s wife, Sara, was dropped.
Mandelblit’s statement said there was a unanimous opinion among investigators that the relationship between Netanyahu and the Elovitches constituted bribery.
“Everyone agreed there was enough evidence to prove that benefits were given to Netanyahu by Elovitch and his wife Iris Elovitch and were taken by Netanyahu in return for actions he took as part of his job,” it said.
Mandelblit also filed breach of trust charges in two other cases. One involves accepting gifts from billionaire friends, and the second revolves around alleged offers of advantageous legislation for a major newspaper in return for favorable coverage.
Mandelblit’s office said the timing of Netanyahu’s hearing would be set in the near future in coordination with the prime minister’s lawyers.

Board Flip-Flops on River Access Plan, More Delays Ahead