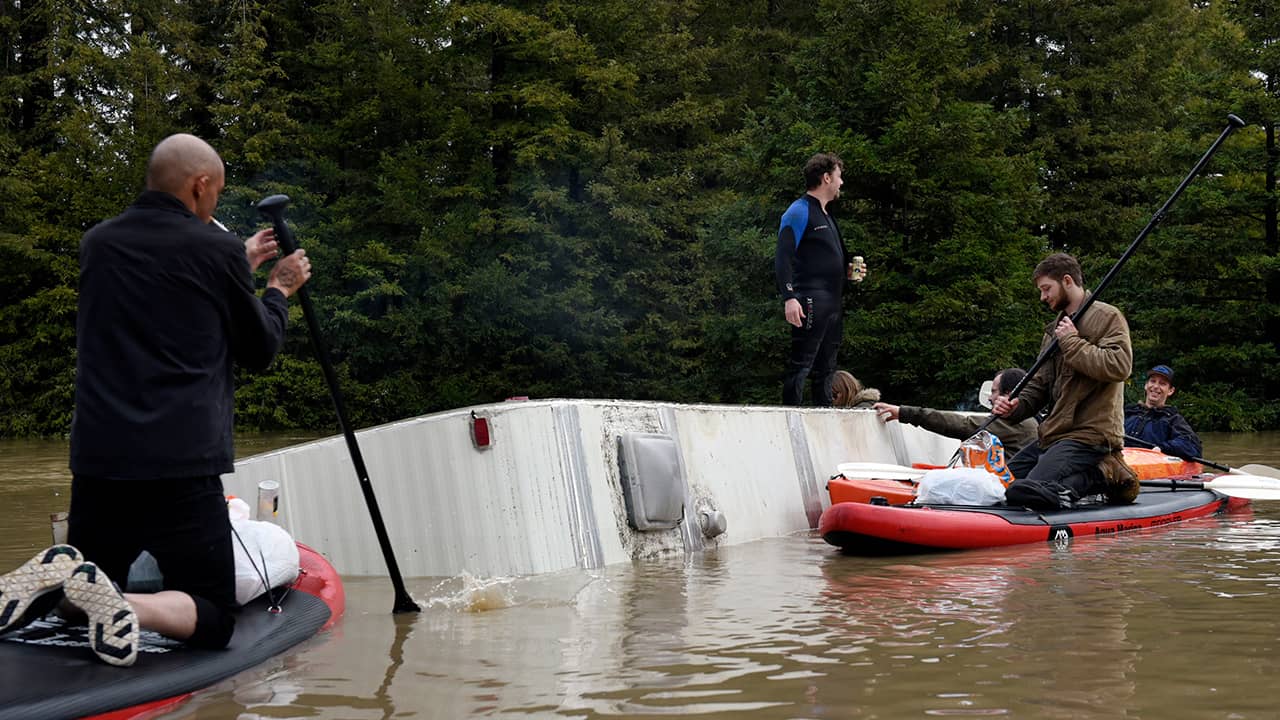 Dozens of People Rescued From Cars

In addition, two sewage treatment plants were not working, leading to concerns about potential sewage spills, she added.
Elsewhere in the western U.S., two Amtrak trains together carrying nearly 300 passengers stopped and reversed directions because of an avalanche that closed railroad tracks in the Sierra Nevada and shut down service between Sacramento and Reno, Nevada.
In Idaho, the mountain town of Stanley became marooned Wednesday after all three highways leading to the town were closed because of drifting snow, avalanches and the risk of more slides.

Several areas in California set record-high rainfall totals, including nearby Santa Rosa, which had nearly 8 inches of rain in one day. The often-waterlogged Venado weather station 5 miles from Guerneville recorded more than 20 inches of rain in 48 hours.
Dozens of people were rescued from cars that became stranded after drivers tried to cross flooded roads.
Nina Sheehan, who is visiting from North Carolina, had to abandon her rental SUV after it got stuck in a flooded hotel parking lot.
“We made a decision to take the rental car through the waist-high water and we got two thirds of the way and then the car stalled,” she said.
Rhondell Rasmus had pulled to the side of a road too flooded to cross in Sebastopol in Sonoma County late Tuesday night and emergency dispatchers told her to wait for help. But just before dawn, she awoke to find the car was nearly submerged and she was out of gas.

“The water just came up so fast next to my car, it was crazy,” she told the Press-Democrat newspaper of Santa Rosa.
She wound up in an emergency shelter, bringing with her a handbag, a backpack and a pair of rain boots.