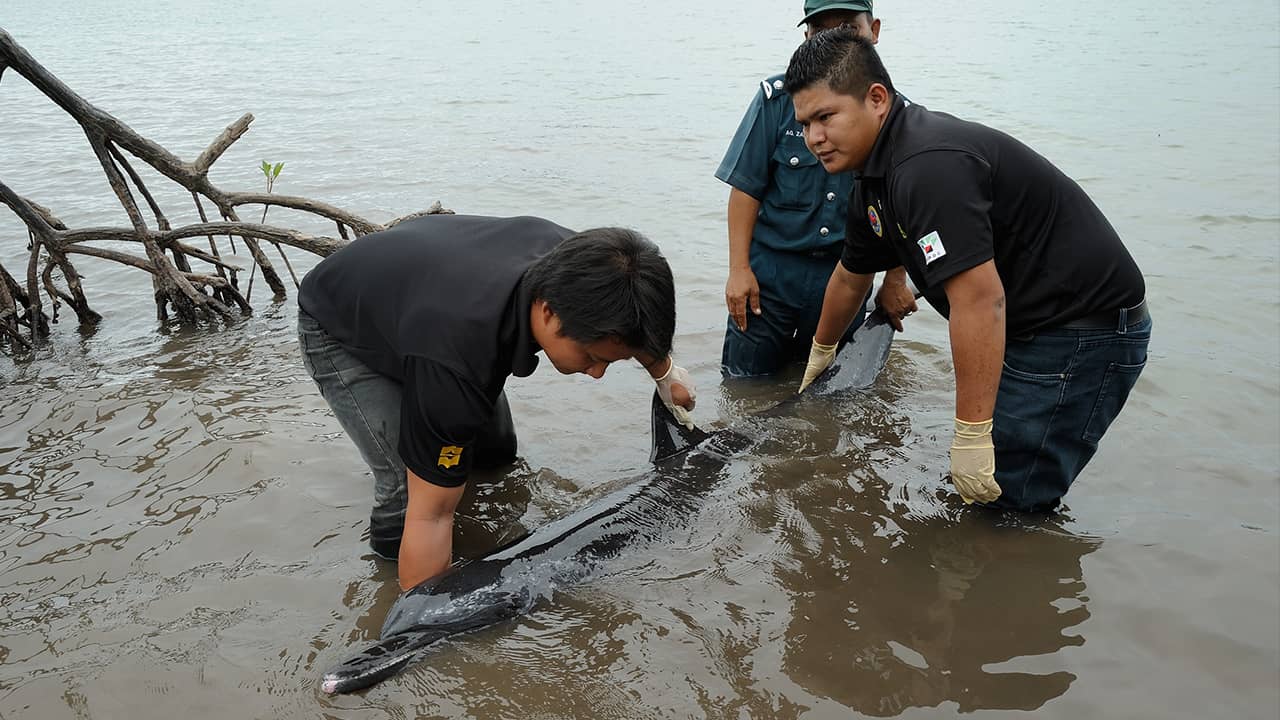 LAGUNA BEACH — Experts were working Tuesday to determine the cause of an increase in dolphin strandings along the Southern California coast.

Heavy Winter Rains Can Cause or Worsen Strandings

Southern California has also had heavy winter rains that can cause or worsen strandings by flushing excess nutrients and harmful toxins from land into the oceans, the center said.
The two stranding events in which the animals were not recovered involved a dolphin that was immediately washed back out to sea and another that washed up in an area where it was unsafe for a rescue team to respond.
The center said people who see a stranded marine mammal should call in experts and should not touch it or try to help it back into the ocean.
The strandings began with three common dolphins beaching themselves on Feb. 4. One washed up dead at Huntington Beach and two more were rescued alive at Laguna Beach but had to be euthanized after examination.
A dead bottlenose dolphin washed ashore at Corona del Mar on Feb. 10, followed five days later by a common dolphin. Both were pregnant.
The most recent stranding was a common dolphin at Corona del Mar on Feb. 18.