If Proven, Smollett Allegations Could Be a 'Career Killer' 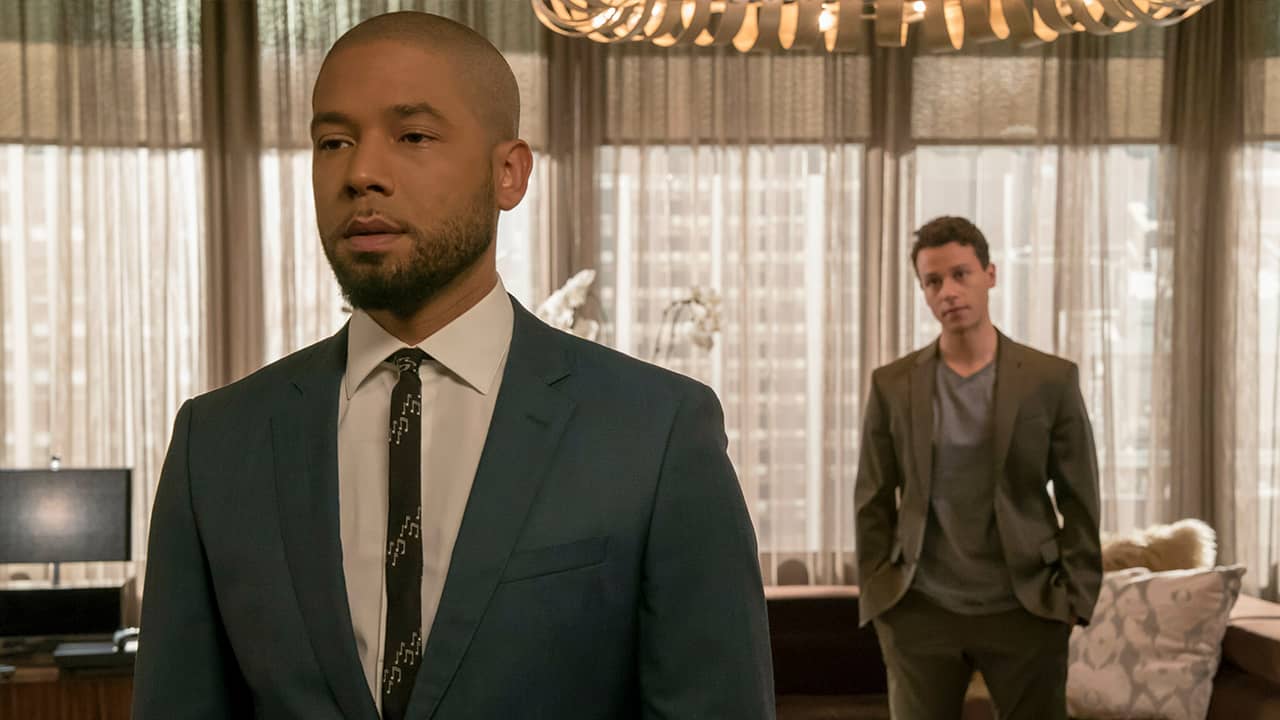 LOS ANGELES — For five years, Jussie Smollett has been enmeshed in weekly drama on the set of “Empire,” the Fox TV series that gave the actor a breakout role and the fame to advance his social activism.
But Friday’s news that Smollett won’t appear on the final two episodes of this season of “Empire” leaves his future on the series very much in doubt, part of the cascading fallout of one night on a dark Chicago street in January. It has left Smollett facing felony charges and raised the possibility that his role as Jamal Lyon could mark the pinnacle of the 36-year-old’s career.

There are two episodes of the show left to make of the 18 airing this season, the fifth year for the series starring Taraji P. Henson and Terrence Howard as hip-hop moguls Cookie and Lucious Lyon.
In a statement, “Empire” producers said Friday that while they care about Smollett deeply, “We are also aware of the effects of this process on the cast and crew members who work on our show and to avoid further disruption on set, we have decided to remove the role of ‘Jamal’ from the final two episodes of the season.”

Online Mockery Smollett Is Taking Is Unlikely to Stop

Experts in the field of crisis management were pessimistic. The online mockery Smollett is taking is unlikely to stop, and it could hinder any attempt to re-emerge, said Eric Dezenhall, CEO of the public relations firm Dezenhall Resources.
“The thing it’s really hard to come back from is ridicule,” Dezenhall said. “It can be easier to come back from something just bad. In our culture the whiff of something dangerous has a certain street cred. But here we’re talking about a combination of malevolence and ridiculousness.”
Eden Gillott, president of Gillott Communications, offered a similar take.

“This could be a career-killer. We’ve seen this many times. Society has become more intolerant and unforgiving,” said Gillott, citing instances ranging from Kevin Spacey’s firing from “House of Cards” for alleged sexual misconduct to Megyn Kelly’s “Today” exit after she defended blackface costumes.
What Smollett is alleged to have done isn’t analogous to either one — or to just about anything that’s happened with a celebrity or prominent person in recent memory or in news files.
There have been stunts, such as Joaquin Phoenix’s role in a so-called documentary, “I’m Still Here,” directed by actor Casey Affleck and supposedly about Phoenix’s career as a rapper in decline. The film’s release came with public apologies and lawsuits attached.

Doing It for Money Seen as Both a Betrayal and Baffling

Others have exaggerated their exploits, such as TV journalist Brian Williams’ account of being in a helicopter hit by a rocket in the 2003 Iraq invasion or Hillary Clinton’s 2008 account of landing under sniper fire during a 1990s trip as first lady.
But Smollett, instead of creating an image-burnishing fiction, positioned himself as a victim and the deserving centerpiece for outrage directed at his attackers. He said those who questioned him made him feel “victimized.”

Students Get a Jump-Start on Careers at This Popular Event