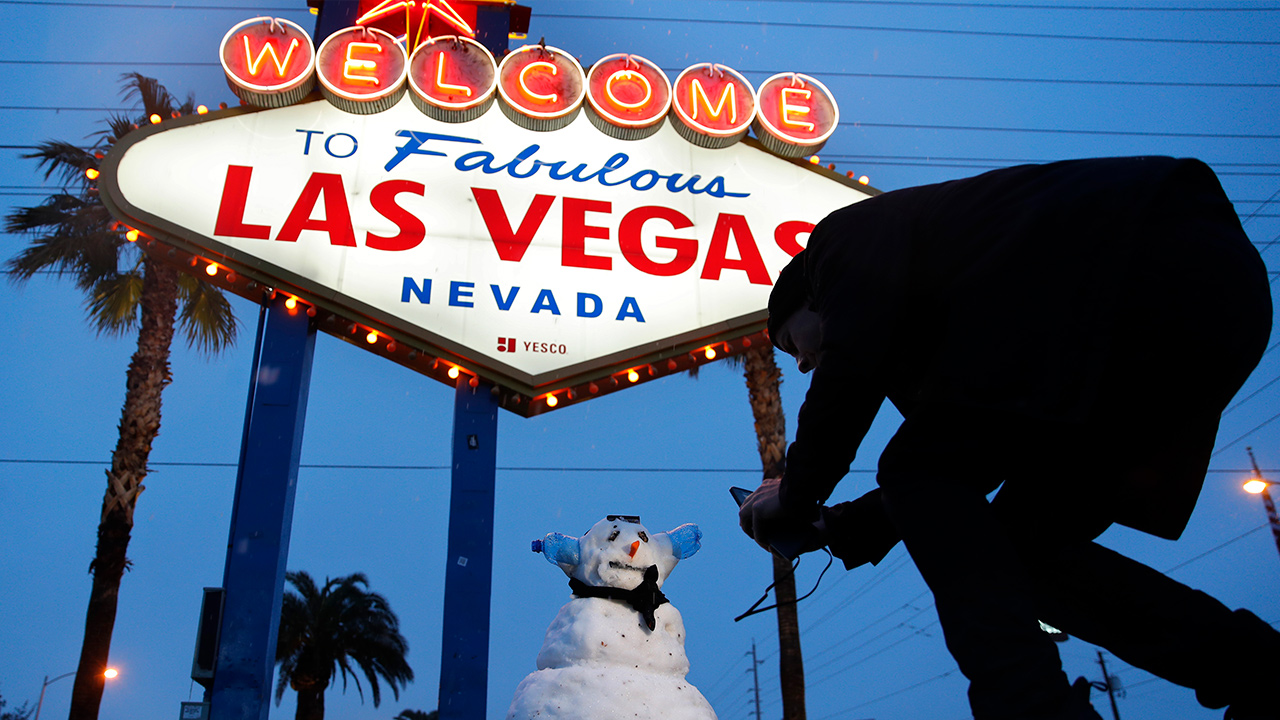 About 50 Miles of Interstate 15 Closed

Authorities closed portions of the main routes from Las Vegas to Los Angeles and Phoenix due to snow, ice and limited visibility.
About 50 miles of Interstate 15 closed from Primm, Nevada, to Baker, California.
The Nevada Department of Transportation reported a 22-mile line of cars and trucks backed up on U.S. 93 between Boulder City, Nevada, and Kingman, Arizona.
Snowstorms also blanketed other parts of the Southwest, further easing drought conditions while clogging traffic in California, and forcing the closure of Interstate 40 and an airport in Flagstaff, Arizona.
Barney Helmick, director of the Flagstaff Pulliam Airport, said its only runway closed when the visibility level hit zero. Intense snow also forced the closure of schools and businesses in the region.
Snow coated large areas of the desert outside Los Angeles and left traffic stalled near Joshua Tree National Park. Wet weather this winter has almost washed drought conditions out of California, according to the U.S. Drought Monitor.
In Nevada, snow delayed flights at McCarran airport and traffic on highways.
“We don’t have snowplows,” airport spokeswoman Christine Crews said as she tallied about 100 flight cancellations due to snow and ice. “But we have airfield maintenance vehicles and sweepers ready to go.”

Snowfall Could Reach 3 Inches by Friday